Coincidentally located at the Beverly apartments, near North Station. 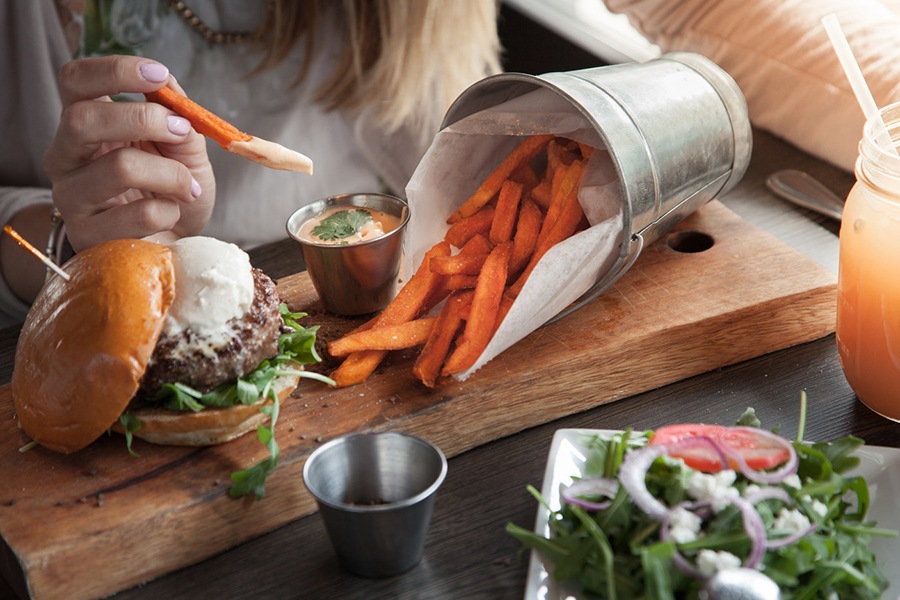 An award-winning, casual North Shore restaurant is bringing its beloved menu to downtown Boston. A&B Burgers, which opened in Beverly in 2016, is expanding with a second outpost at the Beverly, a new mixed-use residential building on the edge of the North End. The location is situated across from North Station, in the shadow of the TD Garden, and will offer views of the Zakim Bridge.

“It was a total coincidence” to secure space at the Beverly Street development, says A&B owner Thomas Holland. A former general manager of Sonsie and an alum of a few Michael Schlow restaurants, Holland has been looking for opportunities to expand the brand. (A&B Burgers was born in Salem in 2013, but shuttered that location to move to Beverly, Eater Boston has reported.)

“The chance to open our first Boston location in the middle of one of the city’s hottest neighborhoods was too good to pass up,” Holland added in a press release.

The Boston location of A&B Burgers, like its sister spot, will feature not just burgers, but also small plates, salads, and other entrées. A&B’s standard, seven-ounce patties are made with Pineland Farms beef, in flavors like Scotty (with smoked gouda, honeycrisp, bacon, and arugula), the Hangover (fried egg, bacon, American cheese), and more. A gourmet Wagyu patty is totally worth the $5 upcharge, if you ask the 2016 and ’17 voters of Best of the North Shore; and there are also turkey, salmon, and quinoa burger options, plus other sandwiches.

The small plates and entrées will vary a bit at the new location, Holland says. In Beverly, those dishes include house-smoked baby back ribs with a Carolina-style sauce; fried Brussels sprouts with Sriracha vinaigrette and bacon crumble; and chicken and waffles, with añejo tequila syrup and brown sugar butter. That location has a kids menu, and weekend brunch, as well.

Executive chef Matthew Dibiccari has been promoted to culinary director of both restaurants. Before joining A&B Burgers, he spent eight years working with chef Schlow, first at Via Matta in Boston and then at Tico in Wellesley.

A&B Burgers is working on the new restaurant’s design with StudioTyak, a Boston-based firm with Boston Chops (South End), Fin Point, and the Sinclair in its portfolio, among other projects. The Boston location will span about 4,000 square feet, with 100 seats and a ~19-seat bar.

Holland promises craft beers and high-end spirits in Boston. The City of Beverly location offers a handful of adult milkshakes alongside a list of classic cocktails, plus a extensive tequila list, and a dozen local drafts, including a house Agave Ale by Cape Ann Brewery.

A&B signed this latest deal with Related Beal, the real estate developer of the workforce units at the Beverly. Related Beal endeavors to bring “destination dining” to its projects, per this week’s announcement, and A&B certainly fits that bill, president Kimberly Sherman Stamler said in the press release. Related Beal is also behind Boston’s Clarendon (home to the restaurant Post 390), New York’s Hudson Yards project, which will be home to dining spots by Thomas Keller, David Chang, and Chris Himmel of Grill 23, among others; and the nearby Lovejoy Wharf, which is getting a new restaurant called Alcove this year from Thomas Schlesinger-Guidelli.

Holland is eyeing an early September opening. Follow A&B Burgers on Facebook to stay in the loop. 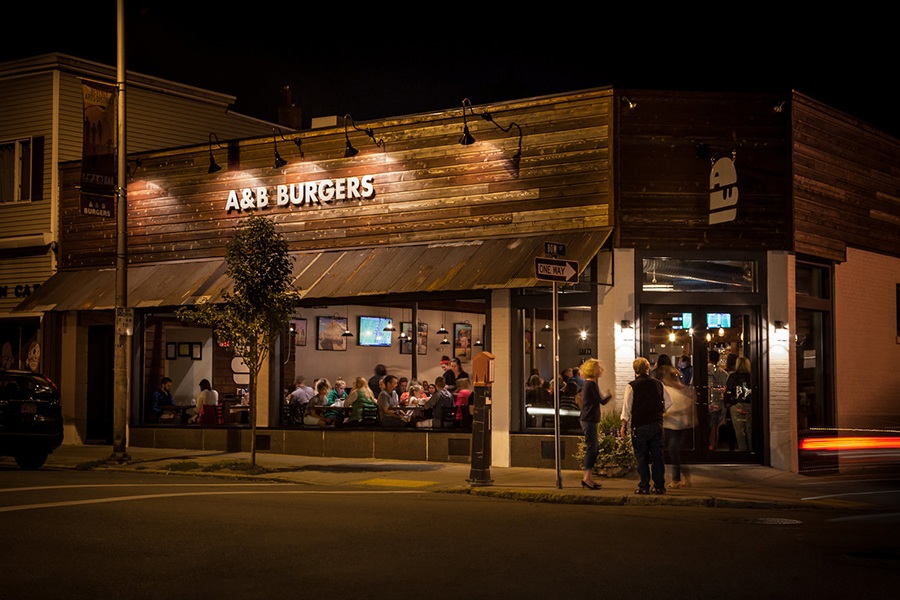 A&B Burgers in Beverly. The restaurant will coincidentally expand into the Beverly Boston this fall / Stephanie Rosseel Photography 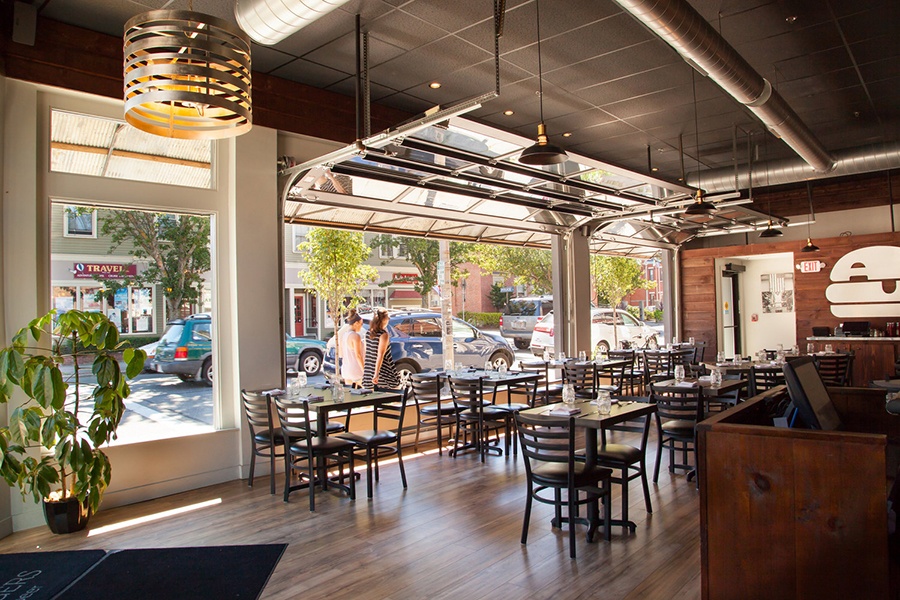 The dining room at A&B Burgers in Beverly. The restaurant will coincidentally expand into the Beverly Boston this fall / Stephanie Rosseel Photography