The Early Menu Details on Talulla in Cambridge 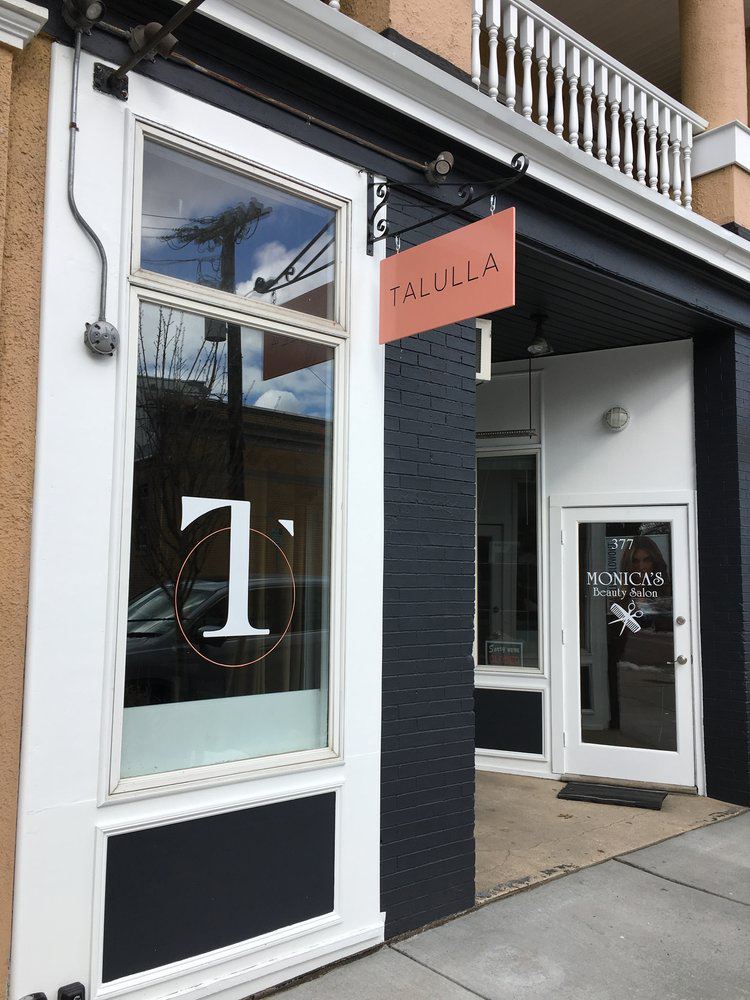 Conor Dennehy and Danielle Ayer officially open their first restaurant next weekend, but the concept they’ve developed is already part of the family.

Talulla, named for the married couple’s one-year-old daughter, takes over the former T.W. Food, where both the chef and sommelier once worked. The daily menus reflect the products delivered from purveyors Dennehy has worked with at places like T.W. Food, Toro, and the now-closed, then-Michelin-starred Ame in San Francisco.

There will be appetizers, entrées, and desserts on an a la carte menu, with a $60 three-course option. Dennehy will also have a nightly, seven-course tasting menu ($115). His food isn’t French, like T.W.’s was, though Dennehy is classically trained. It’s cliche to call it “seasonal,” he says, “but I will let the ingredients tell me what to do with them.”

A typical tasting menu will begin with fresh, raw fish, like kombu-cured scallop crudo with spring rhubarb, avocado, and hibiscus gelée. There will an egg dish (Dennehy loves omelets); dishes like white asparagus panna cotta with jamón ibérico and caviar; a pasta course; and cheeses sourced from Formaggio Kitchen. Talulla will be making all of its breads, pastas, and some cheeses, and doing its own butchery and charcuterie.

“Our restaurant is truly a reflection of our family—we’ll be telling stories about the famers and winemakers we’ve met on our travels, and how their food and drink have inspired our own creations,” Ayer says.

A recently certified sommelier, she has spent several years working with Cat Silirie of the Barbara Lynch Collective (formerly the Gruppo), most recently as wine captain at Menton. In addition to her curated pairings, Ayer will also offer a house Champagne by the glass, plus another sparkling, a handful of white and red options, and a couple rosés this spring. The bottle collection is robust: Part of the sale of the restaurant included some of T.W. Food’s cellared inventory.

The couple is also working with Mystic Brewery on a rotating house beer. Custom-bottled as Talulla Brew, Dennehy and Ayer selected a floral, fruity, and crisp barrel of ale for the first iteration, which will likely be available in late May or early June, Ayer says. The couple is close friends with a Mystic employee, but beyond that relationship, the Chelsea-based company is “a brewery in line with our vision: It’s local, they make beer that pairs nicely with food, it’s a very thoughtful process,” Ayer says. They will have some other bottled beers, as well.

The small North Cambridge restaurant doesn’t have a bar, but Talulla has a full liquor license. Matthew Schrage, whose hospitality resume includes managing stints at Brick & Mortar, the Hawthorne, Menton, No. 9 Park, and more, helped develop recipes for cocktails that are also meant to be paired with food.

They’re starting with three riffs on classic drinks, such as the Alpine Martini with St. George Terroir gin, lemon, and thyme. House cocktails will change seasonally, and take inspiration from the surrounding neighborhood, Ayer says. Take, for example, the Sylvan Spectacle. A spritz with Fino sherry, rosemary, and Cocchi Americano, the name is a reference to Henry David Thoreau’s first impression of Walden Pond (the restaurant is on Walden Street). Talulla will also offer aperitifs as they’re meant to be sipped, like Lillet on the rocks with a splash of soda and lemon twist.

Dennehy and Ayer brightened up the 12-table dining room, with an eye for cozy elegance.

“We are a family restaurant,” Ayer says. “We’re going for that warm, gracious hospitality. You’ll see Conor and myself in the dining room,” and maybe, on occasion, even the namesake Talulla.

Online reservations are now open for April 20 and beyond. Talulla will start with dinner service Tuesday-Saturday from 5:30-10 p.m., with Tuesday wine dinners and Sunday brunch starting later this spring.