First Look at the Ghost Walks in Downtown Boston 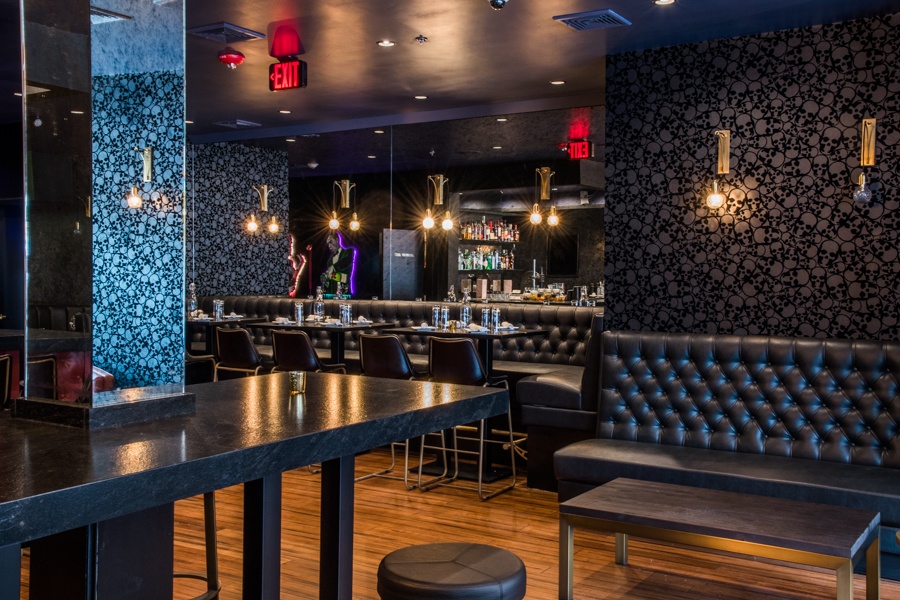 The latest bar from a group of Boston nightlife impresarios is upping the drama in the Theater District. The Ghost Walks, opening next week, is the next venture from the owners of Bijou, Cafeteria, and Committee.

“It’s a heavily cocktail-focused lounge, but we also serve a 10-item menu [that’s] really spectacular here,” Szigeti says. “It’s an experience. It’s not a lively bar and a lively dining room; it’s not one or the other, it’s both.”

The Ghost Walks takes over a space beneath Bijou Nightclub that owner George Aboujaoude and Szigeti have been eyeing for years.

“We’re using the location as a way to add some way of thematic nuance to the cocktail menu,” Isaza says.

Most recently the beverage director at Pammy’s, the barman has also worked at Baldwin Bar and Tiger Mama. In the Theater District, his skills combine with dramatic inspiration for to create a consumable show: “It’s all about the experience, like having a cocktail in a popcorn box, with popcorn,” Isaza says, describing a drink called the Box Office, with bourbon (for caramelized, nutty flavors), house-made butterscotch syrup, sherry, and blood orange, served with a chaser of freshly popped popcorn. Isaza worked closely with Lhamon to balance the flavors throughout his menu, he says. 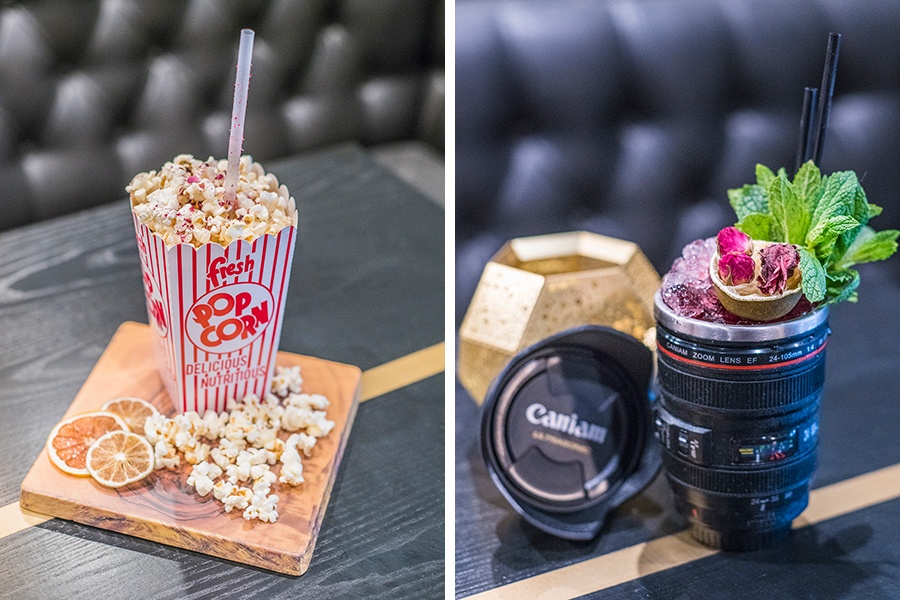 The Box Office, and Paparazzi cocktails. / Photos provided by the Ghost Walks 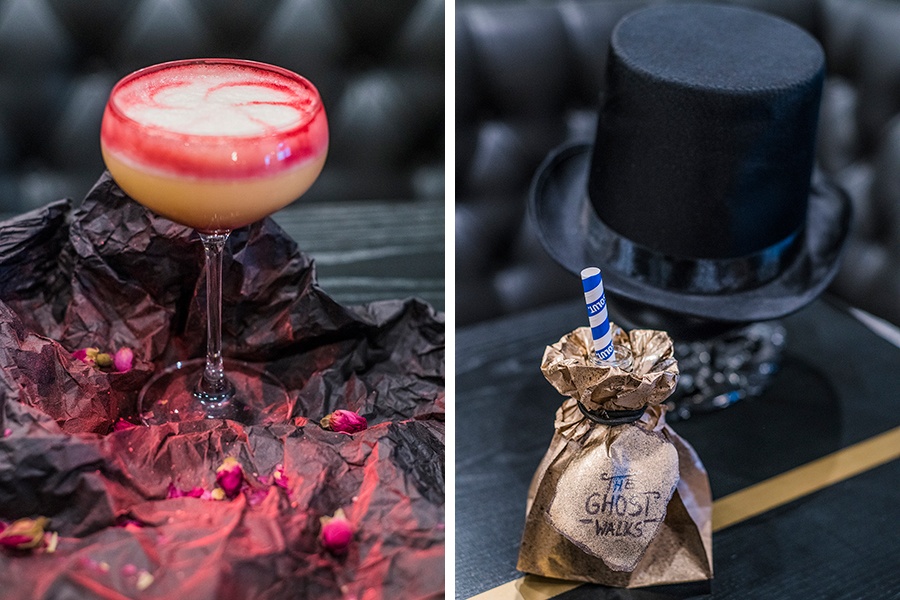 Beet It, and Hobo Experience cocktails / Photos provided by the Ghost Walks

Many of the drinks have a lot of prep behind them, such as making the house-clarified banana tequila called for in a drink called Paparazzi. “But for our guests it should be a straightforward. We want them to have all the fun in the world. In this day and age where social media is such a big thing, why not play into that idea? Let’s put in the work to make it fun for the guests,” Isaza says.

Even standard highballs are elevated for Instagram. Called the Hot Off the Press list, the team uses a table-mounted arbor press to remove the top of a soda can, in which they serve an inverted nip and elaborate garnish—Jameson Whiskey and ginger ale, a Moscow Mule with Gosling’s Ginger Beer and Absolut Lime, a Paloma with grapefruit Perrier and Avión Blanco. 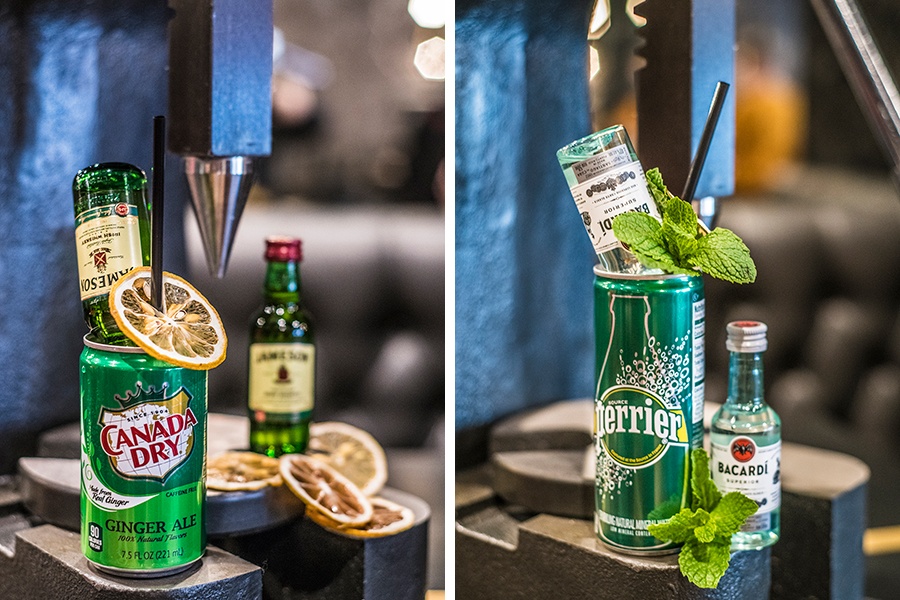 Hot Off the Press cocktails. / Photos provided by the Ghost Walks

There is also a “ghost menu” for guests in the know, Isaza says. “It exists, it’s not a secret, but you can’t see it.” Oh, and a Moët & Chandon Champagne vending machine.

“Our whole concept is we want to be seen. When I type in #theghostwalks, I want to see photos, so every corner of this bar is Instagrammable,” Szigeti says.

Incidentally, the space housing the Ghost Walks used to be an adult entertainment store. It was vacant for several years, and the new owners have redone it in shades of charcoal, yellow, and gold; neon lights; and pop art, including a mural by Timmy Sneaks, featuring Frank Sinatra and Marilyn Monroe sipping—what else?—Moët Champagne.

The bar is the focal point of the 2,300-square foot room. There are also booths for up to six people, high tops for parties of up to 12, couches, and a drink rail with bar stools. The Ghost Walks will take reservations only for larger parties, Szigeti says.

The Ghost Walks debuts Thursday, April 26, and will open nightly from 5 p.m.-1 a.m., with food served until last call. Lunch and weekend brunch are in the cards down the line.

This post was updated Monday, April 23, with the official opening date. 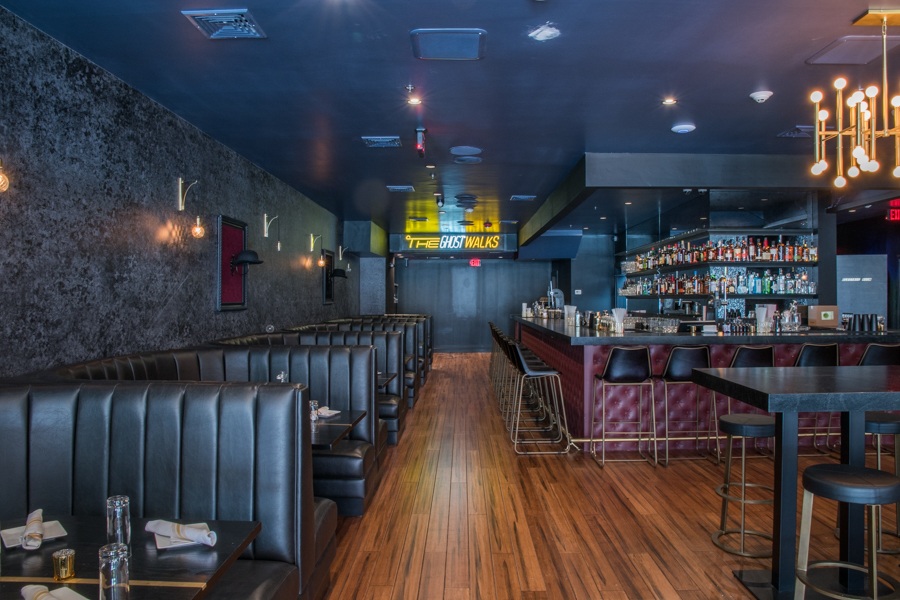 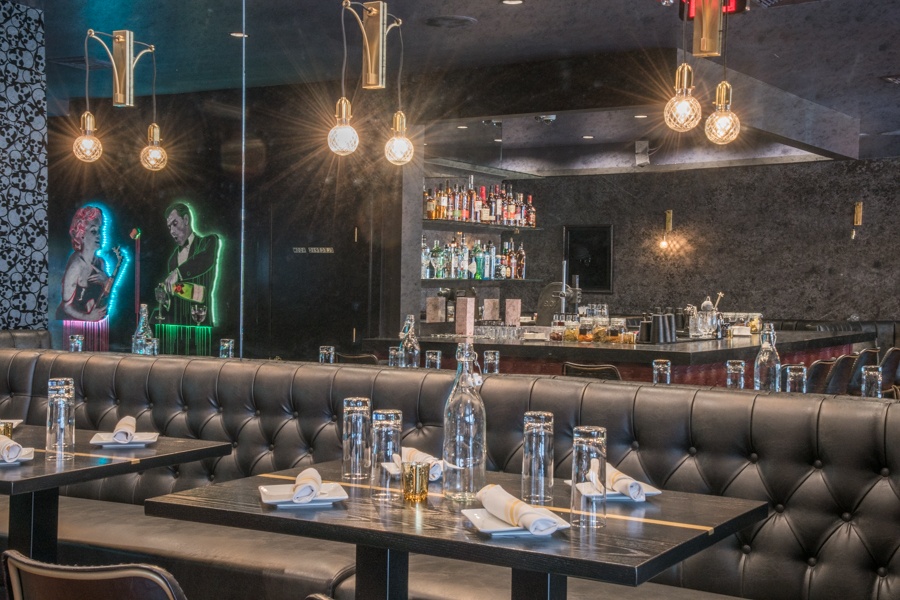 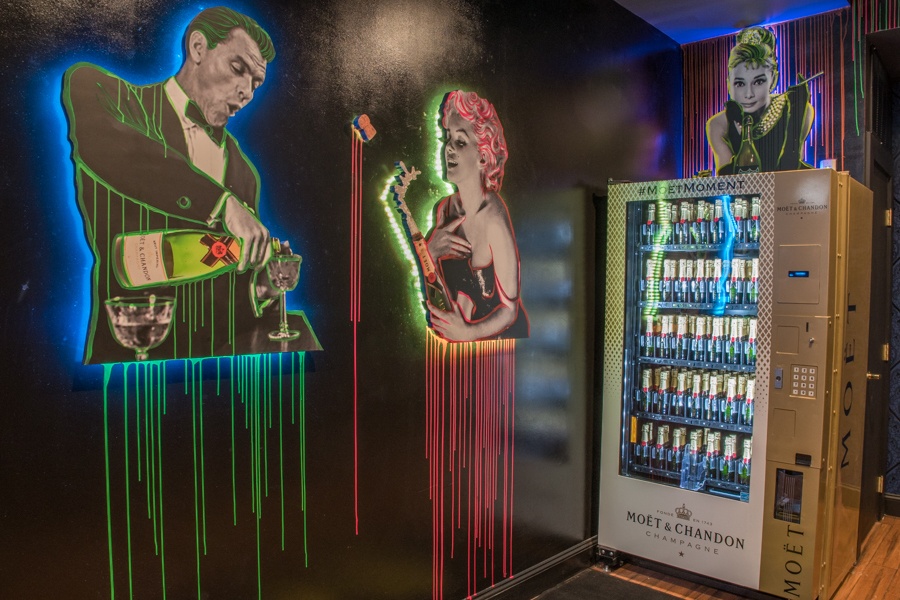