Night Shift Is Opening a Brewpub on the North End Waterfront

The second location could debut by the end of 2018. 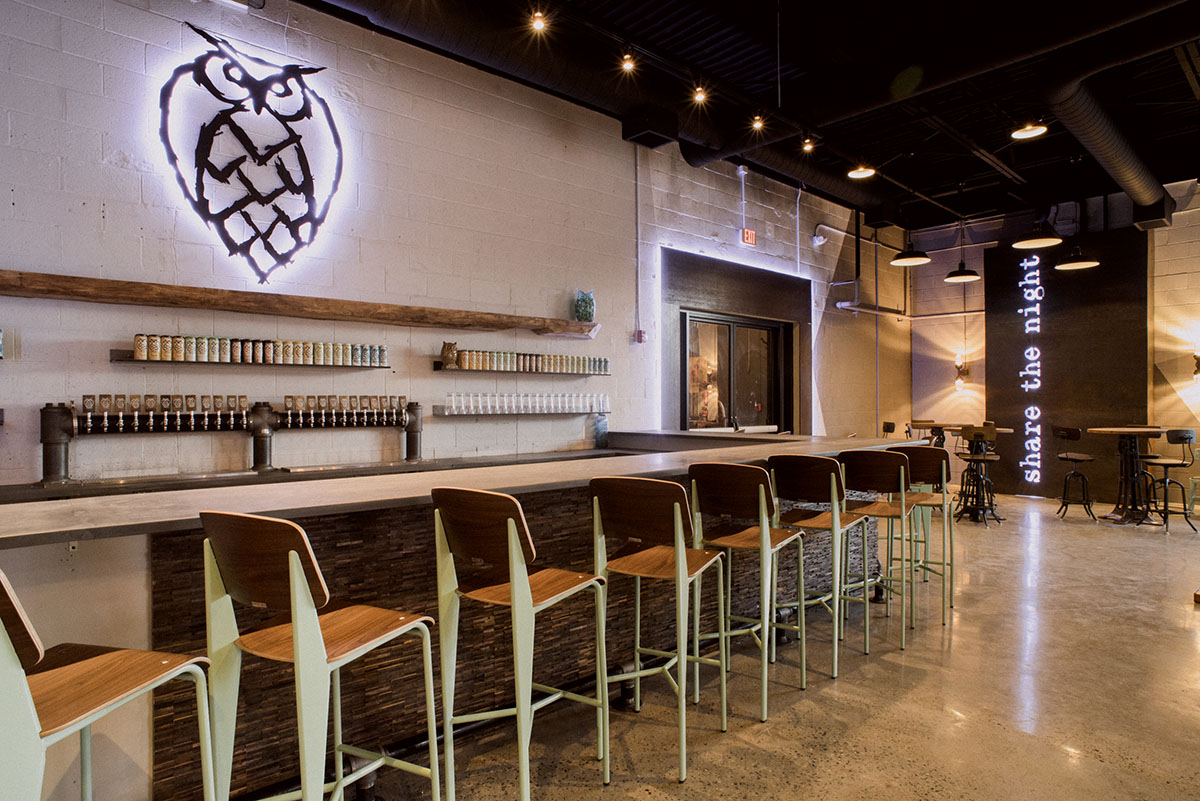 Night Shift Annex bar at its brewery in Everett. / Photo by Tim Oxton

A rapidly developing neighborhood in the heart of Boston such as Lovejoy Wharf certainly needs a local brewery—and it will get one. Night Shift Brewing is planning to open a second brewery, taproom, and a brand-new kitchen on Lovejoy Wharf later this year.

Cofounder Mike Oxton confirms the location, after the company leaked the exciting expansion news last night. At a launch party Night Shift hosted at the Sinclair for its new cans of Nite Lite Lager, a displayed timeline declared 2018 the year it signed a lease in downtown Boston. Brewbound editor Chris Furnari tweeted a picture, which was picked up by a couple local blogs.

The Night Shift brewpub will take over 12,000 square feet at 1 Lovejoy Wharf, underneath the Converse headquarters and right next door to cocktail connoisseur Tom Schlesinger-Guidelli’s forthcoming restaurant, Alcove.

Night Shift started in 2012 in a smaller, low-frills space in Everett, before moving to Santilli Highway in 2014 and establishing a veritable “fermentation district” there. The company has been looking for a Boston proper location for two years, Oxton says.

“Our goal has been to really establish ourselves as a Boston brand, and build a second place where people can see our beers being produced,” he says. “There is no better place to keep the pulse on our customers and understand their needs than in our taproom. Having another one of those in Boston we see as integral to our success.”

Not to mention it’s a location that’s more MBTA-accessible than their Everett location, which is a bit of a sketchy, 15-minute walk from the Wellington stop on the Orange line. Lovejoy Wharf is next to the TD Garden, and very close to the historic North End. The surrounding neighborhood is best known for divey sports bars, but in recent months, along with high-rise condos, it has a new taqueria from the Ward 8 owner, a new Tasty Burger, and more refreshed nightlife options, and it’s getting an outpost of Beverly’s beloved A&B Burgers.

Oxton is vague about details just yet on the forthcoming taproom, pending landlord approval. But he will say Night Shift plans to build out a 10-barrel brewing system in Boston, capable of producing about 2,000 barrels annually. (Currently, it has a 20-barrel system plus extra fermentors in Everett, and also produces some beers at the Isle Brewers Guild in Pawtucket, R.I. The company made about 20,000 barrels of beer in 2017.)

“The goal is to offer unique beers at both locations,” he says, but favorites like Santilli and Whirlpool will likely be available in the new space.

The reigning Best of Boston brewery, Night Shift has grown with a second taproom space in Everett, called the Annex; as well as a distribution company.

Oxton is hoping the second Night Shift brewery and taproom will open by the end of 2018.