Casa Verde Has a New Chef and Menu

Chef Owen Royce-Nagel is at the helm of the Jamaica Plain taqueria. 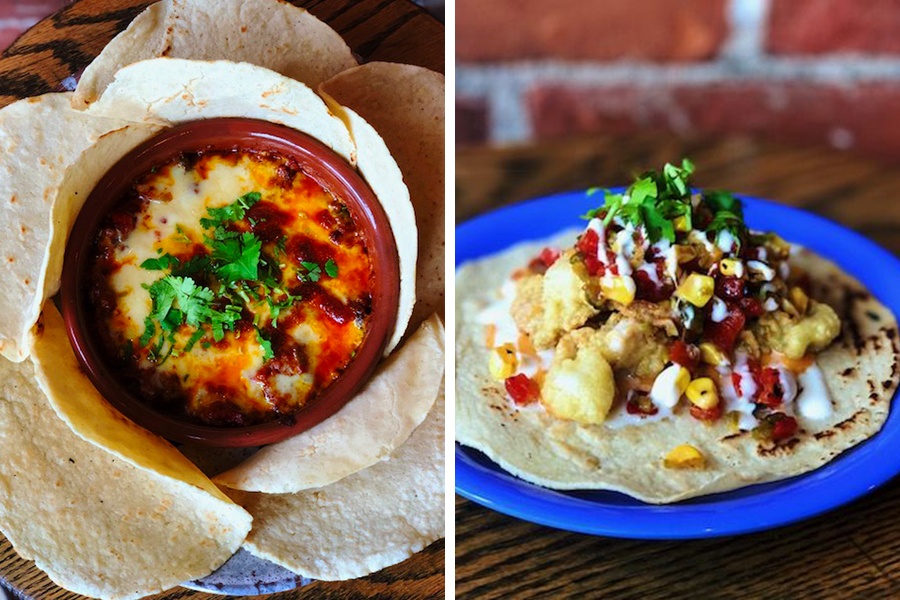 While restaurateur David Doyle is getting ready to shutter Centre Street Café in favor of a space-themed diner called Little Dipper, he’s also mixing things up at his tiny taqueria up the street.

Owen Royce-Nagel, a four-year alum of Doyle’s beloved Tres Gatos and the chef behind the pop-up JP Beer Garden, took over at Casa Verde earlier this month, and has already started to make his mark on the menu. Casa Verde opened two years ago to tepid reviews from Jamaica Plain diners. Among the fresh flavors Royce-Nagel is bringing to the table? House-made Tortillas pressed daily.

Royce-Nagel, a Dorchester native, was on Jamie Bissonnette’s opening team at Eastern Standard, and also worked under Tony Maws at Craigie Street Bistrot and on the opening team at Craigie On Main. During that time, he met his future wife and JP Beer Garden business partner Lizzie Szczepaniak, with whom he traveled to Alsace, France, for six months to live and work on a cheese farm. The couple resettled in Chicago, where Royce-Nagel managed the kitchen at Paul Kahan’s Publican restaurant. He spent a summer on Nantucket as Gabriel Frasca’s sous chef at Straight Wharf, then returned to Boston to help open Row 34.

The chef’s experience with seafood is showing up in his dishes at Casa Verde, such as a fried clam taco with charred corn, red pepper, and spring onion salsa. Other new bites include a grilled chipotle tofu taco with charred scallion salsa, crema, and fried shallots; and queso fundido with his house-made chorizo, roasted peppers, and melted Chihuahua cheese.

Stay tuned for more new flavors and specials at Casa Verde. If you haven’t been there in a while, it’s time to plan a return visit.