Dunkin’ Donuts Is Here with the Cosmic Coolattas Nobody Asked For

There's also a cotton candy doughnut for the summer season. 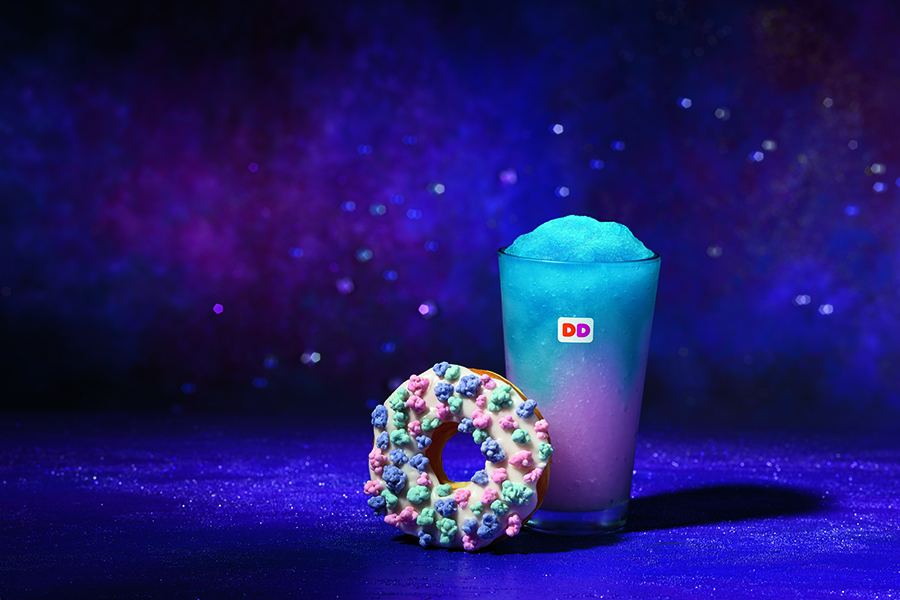 “Our team works together to listen to consumers and track the next big trends in the food and beverage industry. Right now, brightly-colored, layered beverages and galaxy-inspired food are everywhere. That’s what inspired us to begin creating the Cosmic COOLATTA flavors and our new Comet Candy Donut,” reads a new blog post announcing the colorful concoctions.

Are everywhere? Maybe… Were everywhere? True. Local shop the Somerville Juice Union got in on the unicorn fun last spring while Starbucks was, obviously, getting a lot of attention for its color-changing “unicorn” treat. But the national behemoth rolled out “zombie brains,” “crystal ball,” and other magical beverages to less fanfare, and last week it announced plans to scale back these whimsical offerings by 30 percent to address lagging sales, Grubsteet and other outlets reported.

To promote the new flavors, all small Coolattas are $2 through Sunday, May 27. Maybe grab a side of donut fries while you’re there.

The cosmic confections are the Canton-based company’s latest move to be more relevant with the kids, following the sleek Dunkin’ debut in Quincy last year and other menu changes.