The Allston gastropub reopens its gigantic outdoor space with some fun upgrades for the season. 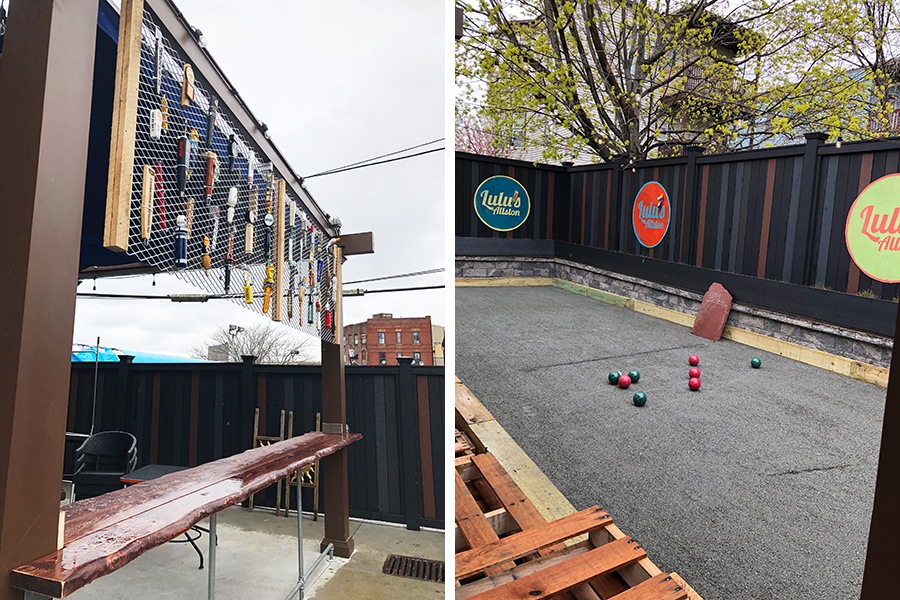 The patio at Lulu’s Allston has new beer decor and a bocce court. / Photos provided

Among returning favorites is the expansive patio behind Lulu’s Allston, which also reopens today—May 1—with colorful new décor, and a bocce court. The beer bar and gastropub took over a former auto lot and debuted a 50-seat outdoor area last summer. For its first full season, the team decided to dress it up a bit, says chef Sarah Wade.

“It’s much more homey and warm now, [rather] than just a pergola,” Wade says.

There is bright, new lounge furniture, including some perches made of repurposed kegs. The beer (and cider) theme extends to a screen divider hanging above a new, standing bar: It’s decorated with tap handles representing some of the 50 craft beverages Lulu’s has on draft inside. The outdoor area has cocktail and table service, and along with the new bocce court, there’s cornhole out there, too.

Wade, who opened Lulu’s with Peter Culpo (Parish Cafe, the Hill Tavern, and more), Joshua Culpo, Justin Dalton-Ameen, and Mark Murphy in 2014, won the Food Network’s Chopped Gold Medal Games back in January. Though a challenge focused on frying put Wade ahead in the first round of the tournament, she decided to move a little bit away from Lulu’s typical gourmet junk food on her latest menu.

“The goal was to be a little bit edgy,” Wade says. “I wanted to put something out that shows a little more cheffiness.”

For the spring, that includes local dayboat scallops, pan-seared and served atop avocado hummus with raw corn relish and hot pepper jam; and slow-roasted Berkshire pork belly with fennel, rosemary, and chili flakes.

Dishes like pizza tots, beefy burgers, and a s’mores ice cream tartlet still abound, of course—and the patio is the only place to order Lulu’s seasonal frosé. Check it out this spring, and brush up on your bocce game. 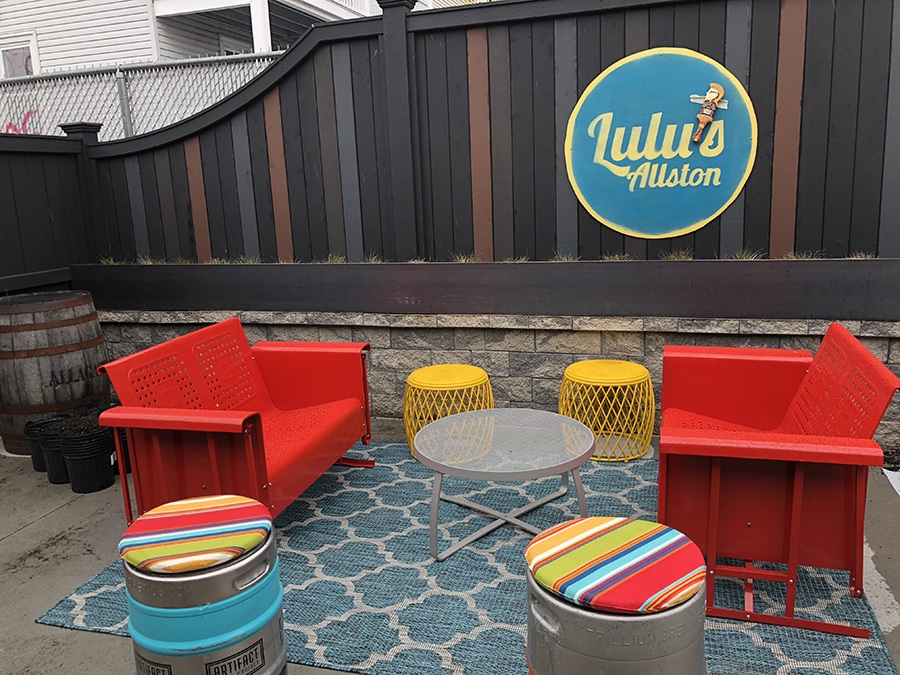