Creative cocktails to pair with Saloniki pita, oysters in the springtime, tacos and mint juleps, and more. 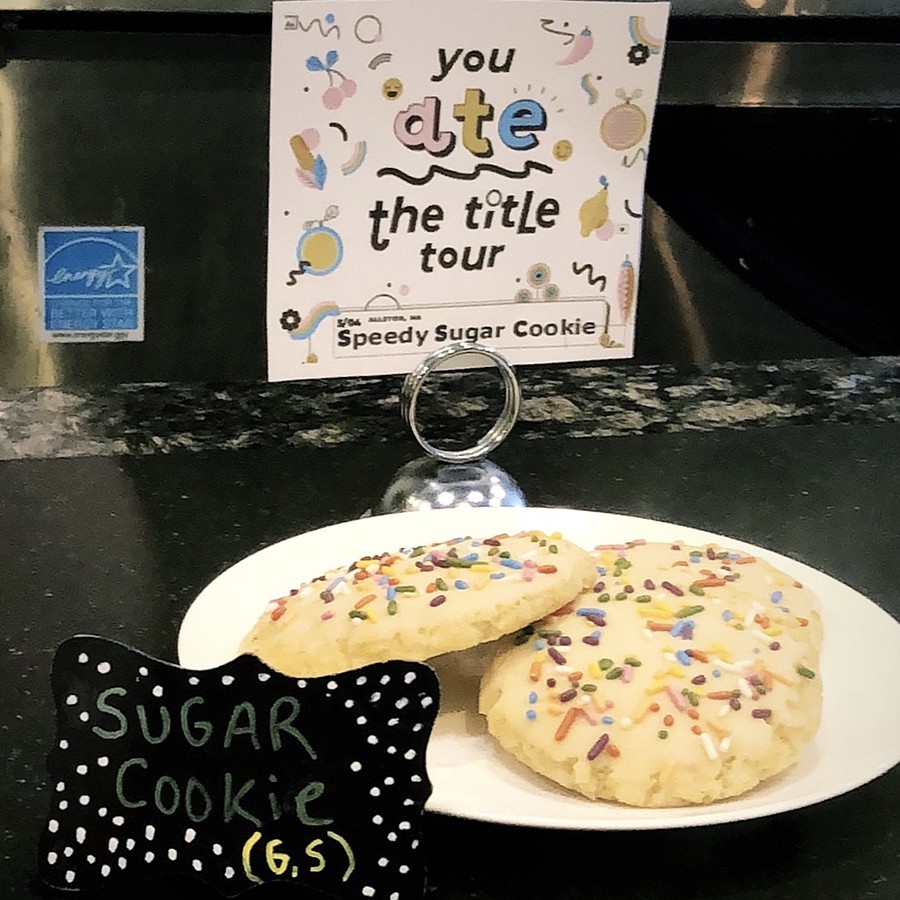 The Speedy Ortiz sugar cookie is available through Friday, May 4, at FoMu in Allston / Photo provided by FoMu

Ex-Boston band (and Best of Boston band) Speedy Ortiz is on tour right now with their excellent album, Twerp Verse. Simultaneously, frontwoman Sadie Dupuis and crew are on a munchies tour of vegan-friendly establishments from Philly to Portland, Ore., where they have collaborated on Speedy Ortiz-named or inspired treats. Though they aren’t playing in Boston until a sold-out gig on June 26, the Speedy Ortiz sugar cookie has been available at the Allston FoMu all week, Allston Pudding noticed. Dupuis is a longtime vegan, and the tour is a way for the band to raise awareness. “We know that they’re fans,” FoMu owner Deena Jalal says of Speedy Ortiz’s love for her dairy-free ice cream and pastries. Jalal was in contact with the band to create a colorful cookie that recalls the rainbow aesthetic of the album cover. Topped with white chocolate ganache and rainbow sprinkles, the chewy cookie is $2.95 through Friday, May 4. 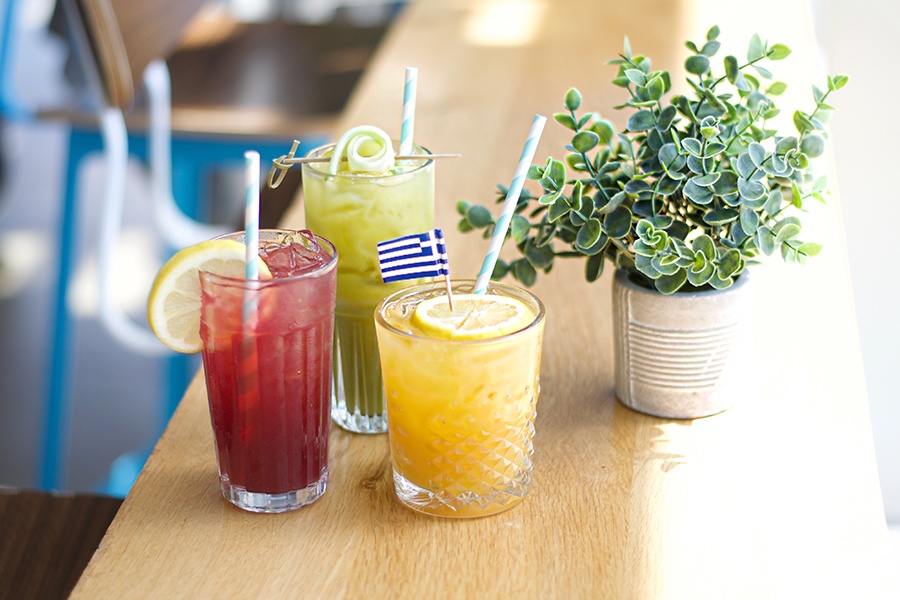 If you prefer to switch from wine to cocktails for warm-weather imbibing, the Central Square location of Saloniki is here for you. The fast-casual spot isn’t just for teetotalers: It just introduced new boozy beverages alongside Greek wines, Briggs Original Boston Cranberry hard seltzer, and beers like the exclusive Harpoon Saloniki Saison. Saloniki partner Jon Mendez created four cocktails, including Saloniki Smash, with Bulleit bourbon, lemon, Greek black tea, mint, and herbal bitters; and Greek Superfood, with Kleos mastiha (a Greek spirit), lime, cucumber, Greek flowers, and rose water. Each one will run you $11. 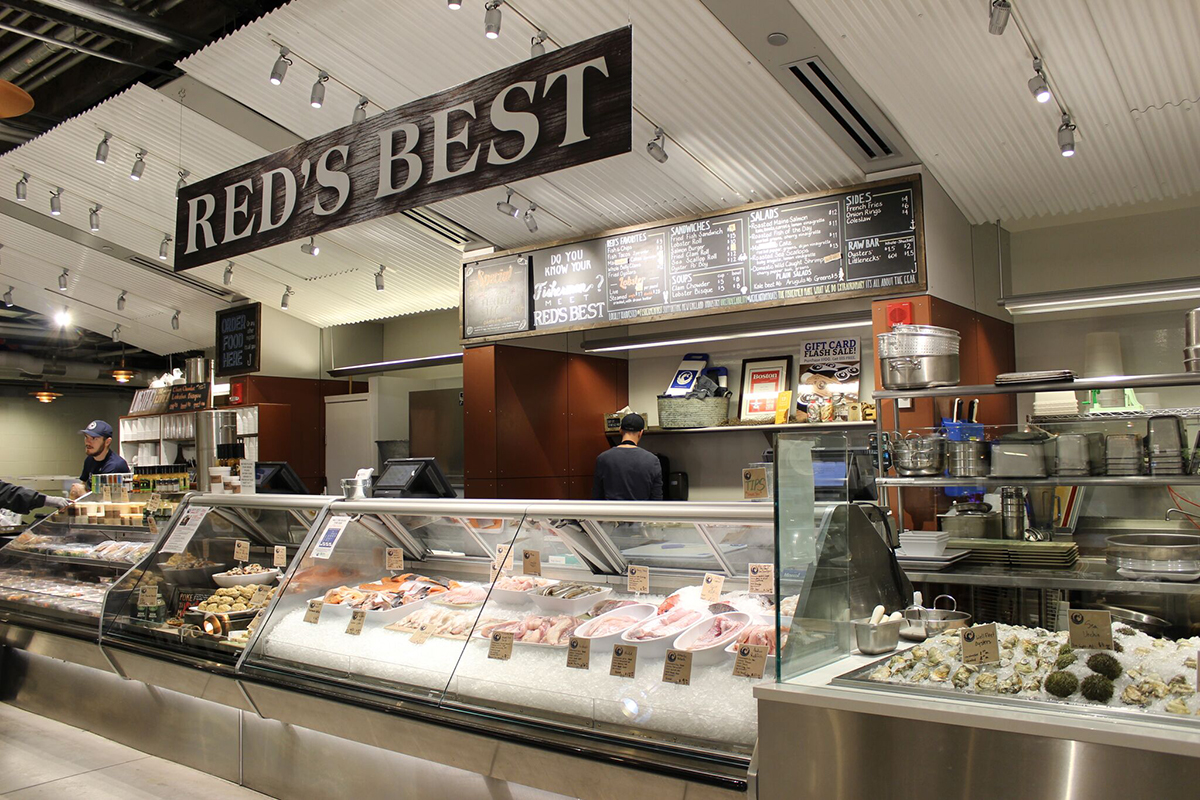 We eat oysters year-round, but they might taste best when it’s at least 65 degrees out. Which is great, because there are a lot of new ways to throw back some bivavles. Les Sablons just rebranded its downstairs bar area as the Oyster Bar at Les Sablons, with partner company Island Creek Oysters, tinned sardines, warm buttered lobster rolls, clam chowder, and more New Englandy seafood from chef Jeremy Sewall. Bar Boulud also introduces a new, seven-seat raw bar this weekend, with new menu items like tuna crudo with confit tomatoes, pickled Fresno chili, and pine nuts; and Peekytoe crab with jumbo green asparagus, radishes, and a house-made egg dressing. On Sunday, May 6, Red’s Best at the Boston Public Market kicks off a new Buck Shuck and Meet-the-Farmer series, which will return the first Sunday of every month. For the inaugural event, three oyster farmers are coming to town from Wellfleet. If the weekend comes to a close and you have not had your fill of oysters, fear not: Bastille Kitchen just started offering $1 oysters every Monday-Saturday through the summer, from 4:30-7 p.m. The special is underway, but to properly kick things off, from 5-8 p.m. on Tuesday, May 8, find live music, $1 Island Creek Oysters, and $5 glasses of rosé in the restaurant’s lounge area.

If saying “May the Fourth Be With You” is your thing, don’t miss your annual chance to get punny Star Wars-themed drinks at Backbar and A4cade. All week, the Union Square speakeasy’s nerd-in-chief Sam Treadway has been serving up cocktails like Captain Fizzma, with GrandTen gin, lime, Cocchi Americano, honey, and Del Maguey Mezcal with egg white and soda water. At the Central Square arcade bar, you can achieve Star Wars Tiki goals. 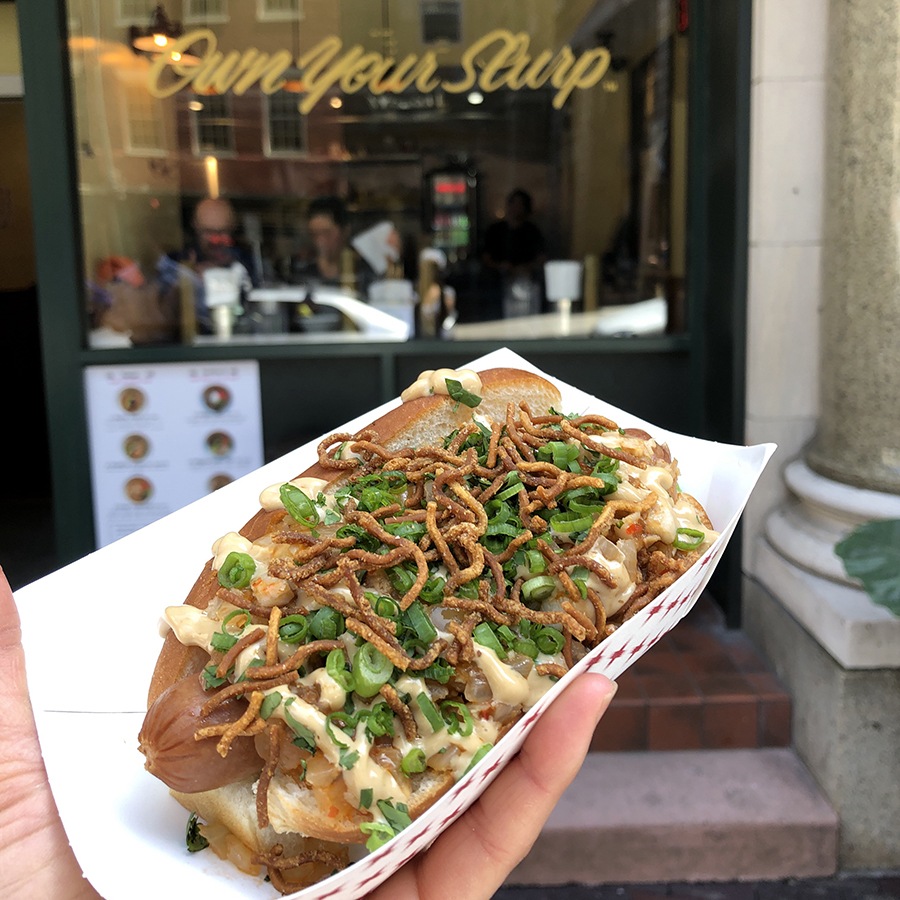 Oisa Ramen has a ramen chasu dog on special, and it’s also on the menu this weekend at neighbor Tiki Rock. / Photo provided by Oisa Ramen

Oisa Ramen chef Moe Kuroki’s new special—an all-beef hot dog loaded with umami crunchy noodles, chasu chili, and smoky garlic mayo—is so addictive it can’t just be limited to the menu at her noodle shop, so neighbor Tiki Rock has it as a special on Saturday and Sunday. Order the ramen chili dog as an appetizer to a bowl of smoky shoyu from Oisa, or as a solid first course for a night of drinking on Tiki Rock’s new patio. 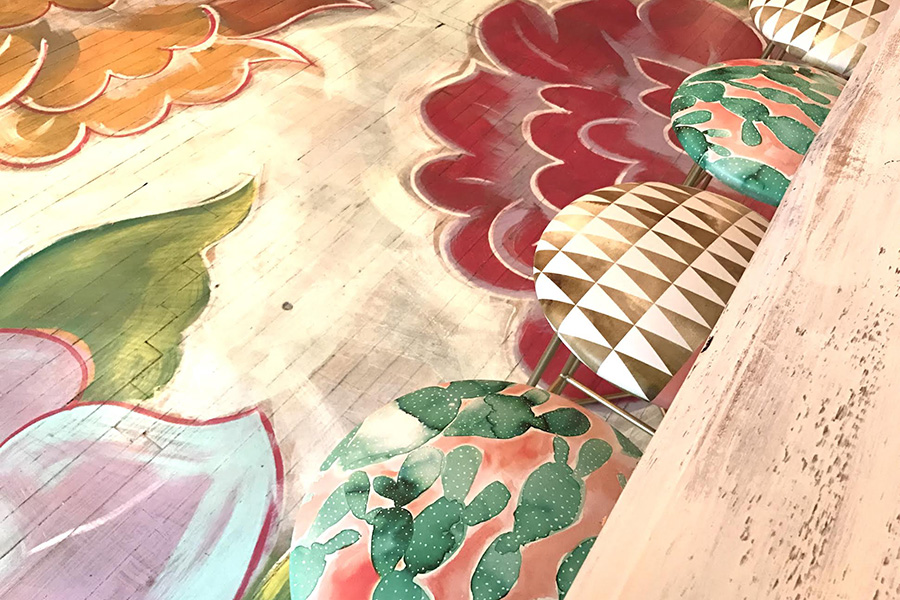 Actually… that flavor combination sounds a little too spicy. Which is to say, be careful out there, folks: It’s Cinco de Derby on Saturday, aka a day when two infamous bar scene holidays coincide. Many Boston bars and restaurants are celebrating Cinco de Mayo and the Kentucky Derby in conjunction, such as Sweet Cheeks, with specials like a five-chili smoked chicken quesadilla, blueberry jam margaritas, mint juleps, and Oaks Lily cocktails. Lulu’s Allston is making a special spearmint cranberry lime tequila mojito for the day, if you want to party with a few rounds of patio bocce. Just sticking to Mexican-inspired fare? Check out the city’s 15 best Mexican restaurants, incomparable margaritas, and modern new tacos. Among some Cinco specials we’ve noticed: Start early with a Ghost Tequila doughnut, available through Sunday, May 6, at both Kane’s Donuts locations. Loco Taqueria is a one-stop-shop in Southie with a weekend planned of events and specials, including a hangover brunch on Sunday, May 6; while Jason Santos’ new Citrus & Salt has frozen margaritas topped with a tequila nip, a digital photo booth, and El Jimador Tequila swag. It’s taco time all weekend long on City Hall Plaza, with the inaugural Boston Taco Fest ($15). Just want to wear a wide-brimmed hat or bowtie? City Tap House‘s patio turns into a rosé garden on Saturday with a $100 gift card on the line for the best dressed; and the Smoke Shop in Cambridge is having a patio party with prizes, too, along with a range of Wild Turkey juleps, day-drinking sweet tea, and food specials including crab cakes, deviled eggs with pickled asparagus, and Derby pies. The entrance fee of $6 comes with a treat. Keep it classyat  Drink, which hosts its annual Derby-watching party, too.