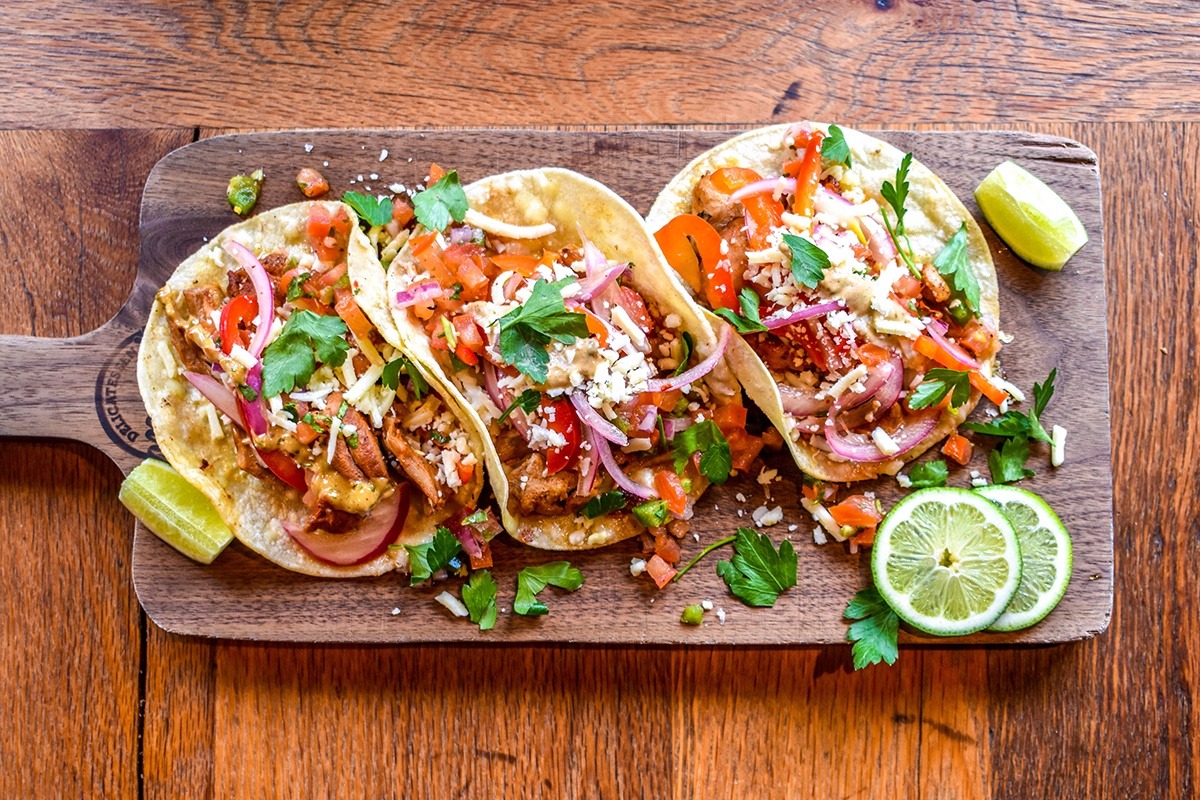 Revelers celebrating Cinco de Mayo on Waltham’s Moody Street this past weekend discovered a new taco shop in town. El Rincon de Moody’s, the casual taqueria and barbecue joint from Moody’s Delicatessen and chef Joshua Smith, quietly opened for the day, previewing the mix-and-match menu that will officially debut in the next several days.

El Rincon de Moody’s is located two doors away from the original Moody’s Deli, next door to the also recently expanded Backroom restaurant, in a former Haitian grocery store space. It has about 30 seats for counter-service taco plates, barbecue sandwiches and platters, and house-made salsas; plus beers, rosé and sangria by the glass, and cordial cocktails.

The food menu pulls from Moody’s strengths, with the neighboring restaurant’s wood-fired rotisserie used build flavors in the salsas, and to slow-roast al pastor with charred pineapple. Pounds of pulled pork and Texas-style, 7X Wagyu brisket are trucked in from Moody’s meat production facility across town, and served simply on Martin’s potato rolls.

“We always try to listen to [the guests] who come in, so we’ll rotate menu additions,” Smith says. For example, during Saturday’s pop-up, lobster tacos flew out of the kitchen despite the relatively high cost.

For now, the menu features Cinco de Mayo tortillas from Chelsea, which Smith has used since his days as an opening chef Michael Schlow’s Tico. But a few cooks at Moody’s have been sharing homemade tamales and hand-pressed tortillas during staff meal, so as those items are perfected they could be on the menu, too, Smith says. Check out the early offerings below.

Moody’s opened a new location of its flagship deli in Back Bay in December, and Smith is also opening a New England-style deli in Napa, Calif.

El Rincon de Moody’s will open daily from 11 a.m.-9 p.m., and catering will also be a big focus. Stay tuned on Instagram for an official start date. 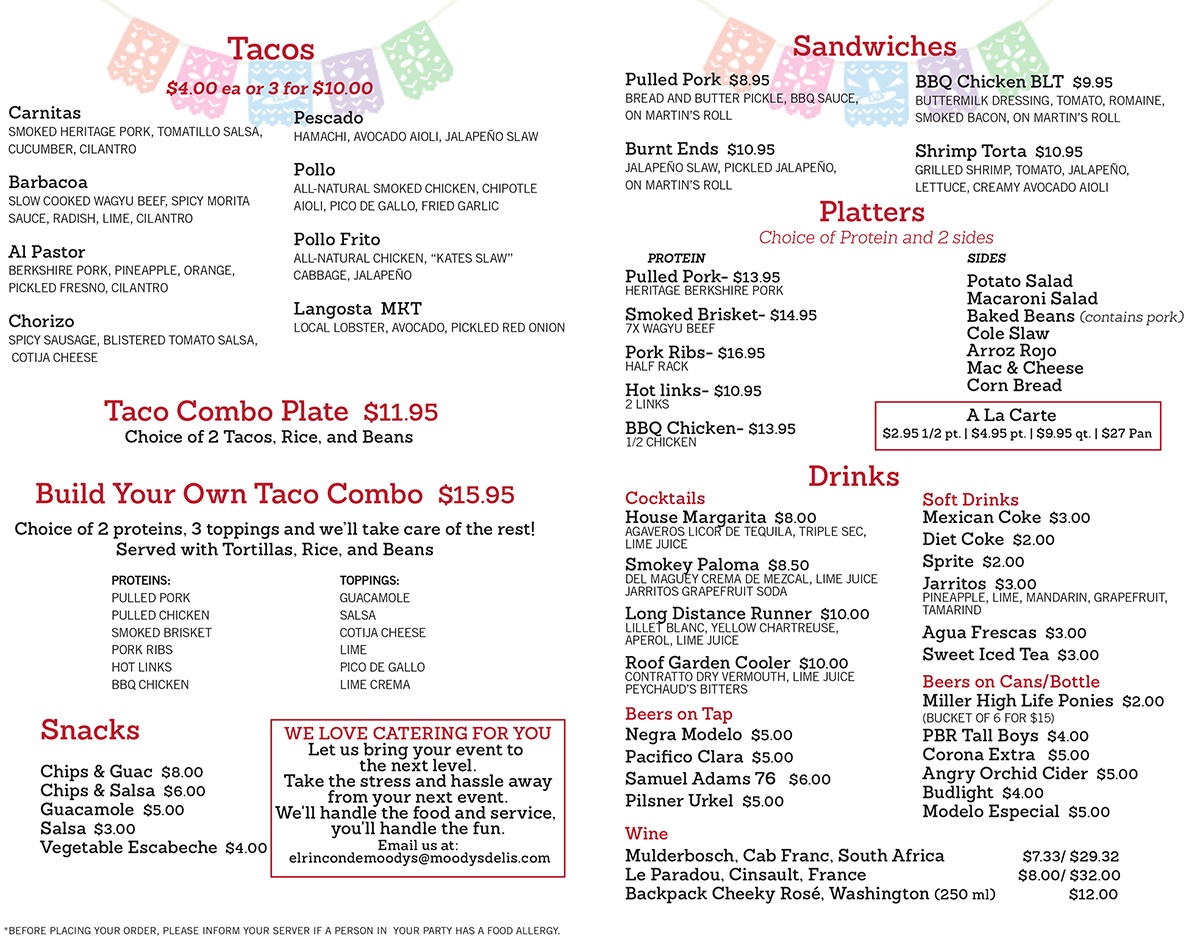