Plus: Buenas, Saus, and more food vendors headed for the highly anticipated Somerville space will pop up there during PorchFest. 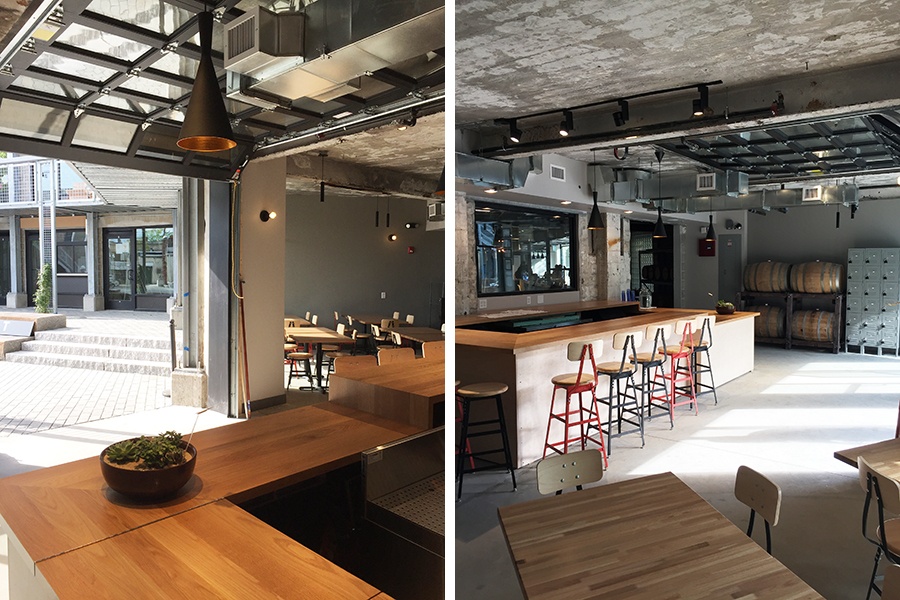 Somerville’s one-stop food crawl is coming soon, but several retail vendors are ready to open inside Bow Market this weekend—and so is the resident brewery. Remnant Brewing officially opens Friday, May 11, at 8 p.m., with a handful of beers on draft.

While none of the food vendors are fully ready to open, several are “popping up” on-site this weekend, as well.

To coincide with PorchFest, which has been postponed due to rain until Sunday, May 13, Bow Market quite literally just got the green light from the City of Somerville to open its common areas, says founder and partner Matthew Boyes-Watson. That includes the outdoor courtyard, restrooms, and some indoor communal space around the 30-odd, small-scale storefronts he’s built out in a former storage warehouse.

DJ 7L is spinning a PorchFest set at Bow Market from 4-6 p.m. on Sunday. 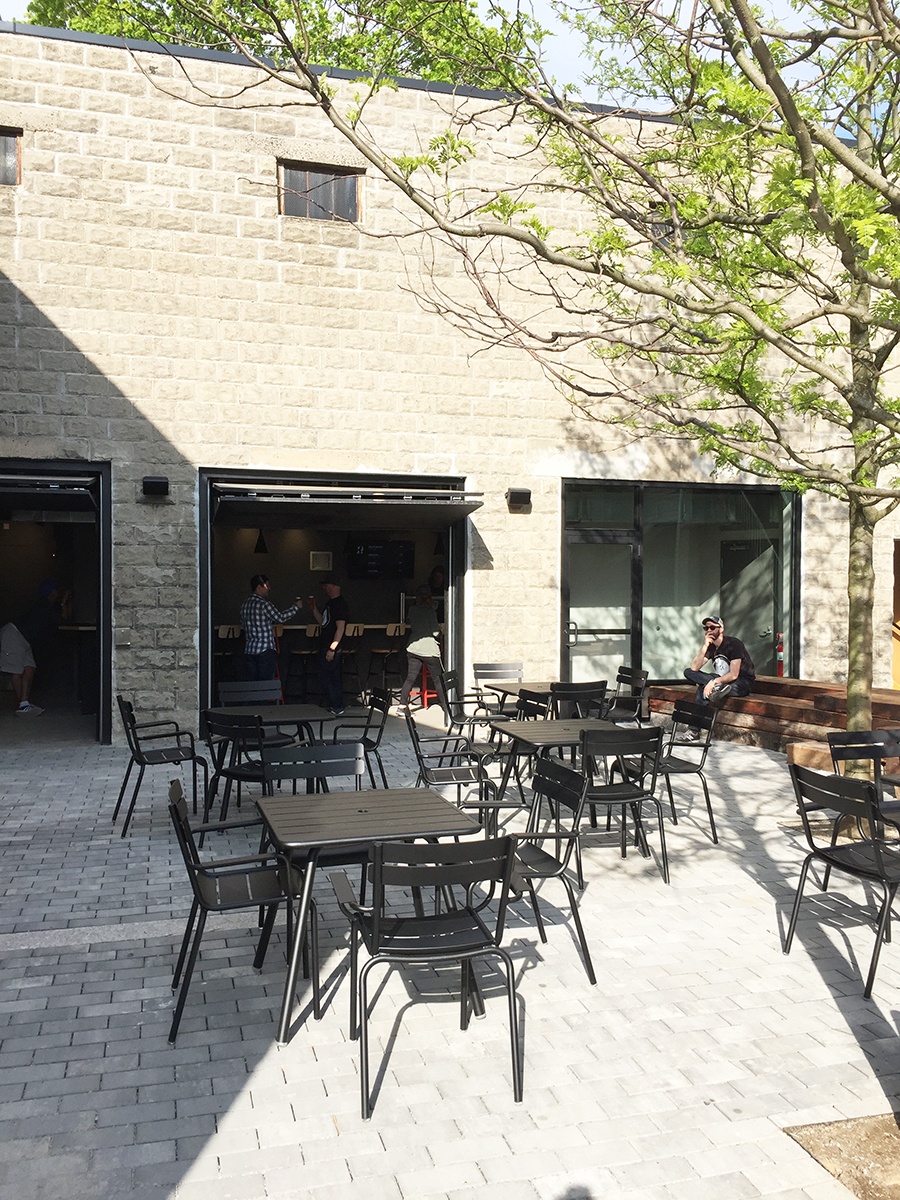 Thanks to head brewer Charlie Cummings, formerly of Mystic, Remnant Brewing will have a couple pale ales, an IPA, and a farmhouse-style ale set to pour on Saturday, says general manager Brittany Lajoie. Cummings, who’s teamed up with Remnant owners David Kushner and Joel Prickett, is using a seven-barrel brewing system.

“We’re hoping to have six or eight beers on draft soon. We’re brewing as fast as [people] can drink it,” Lajoie says. “We can change and adapt to what’s popular [among guests] here, and what’s popular in beer culture, to be able to really react to what our drinkers want.”

Remnant will offer 12- or 16-ounce pours, depending on the beer, plus half-pours of anything on draft. It will eventually have some light pastries, and bags of Brewers Crackers for drinkers to snack on. But the pro move will be picking up food from neighboring Bow Market vendors and bringing it into the brewery, Lajoie says.

Like Winter Hill Brewing Co., Lamplighter Brewing (with Longfellows Coffee), and Night Shift’s forthcoming Lovejoy Wharf brewpub, Remnant will also jump on the café-by-day train. It will add a full coffee program with nitro cold brew on draft, a full range of espresso drinks, and more Barrington Coffee offerings, says Lajoie. She helped open both of the Western Mass. roaster’s Boston cafés. (UPDATE, May 18: The Remnant café is now up and running.)

To start, though, this weekend is “a super chill way to see some of the menus of what vendors will have, and experience our space,” she says.

The brewery has its own outdoor patio, in addition to seating inside the café, and a bar and standing room in the brewery area. The total capacity of the brewery is 180 people.

Consider this a “rolling open,” Boyes-Watson says, “and please be gentle with us,” he says, laughing a bit.

Despite the rain forecast for Saturday, the food pop-ups will be setup and ready for business that day by 2 p.m., and will return on Sunday. As more businesses come online, they will set their own hours, which will be posted on Bow Market’s website. The marketplace itself will eventually be open daily from 7 a.m.-midnight.

Here’s the full list of businesses opening, and popping up, this Sunday, May 13:

This post was updated Friday, May 11, at 10:55 a.m. to reflect updated opening weekend hours at Remnant Brewing.