The First Place in the U.S. to Try Ikea’s Veggie Hot Dog Is Boston Calling

The Swedish brand is searching for the meaning of life, or something, at the music festival. 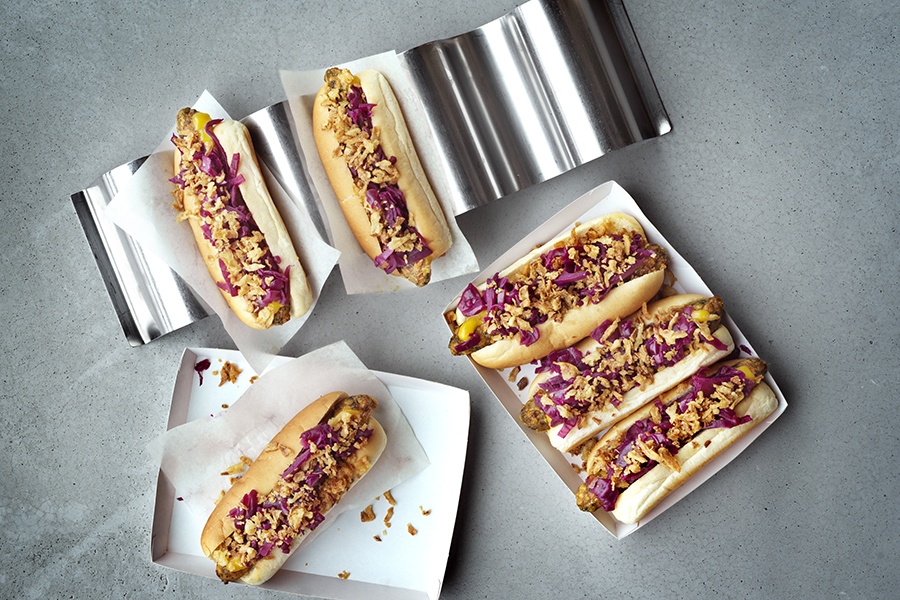 Earlier this year, the Swedish home furnishings-and-meatballs megastore Ikea introduced a prototype veggie dog at its store in Malmö, Sweden. The store best-known for Allen wrenches and retro-twee floral throw pillows is also pretty famous for its in-store cafés selling an array of inexpensive Scandinavian fare. The veggie dog is an effort to give Ikea diners a more sustainable option over its popular hot dog, and its announcement had vegetarians and others intrigued to try it.

The veggie dog won’t make it to U.S. stores until August 2019, but the first place to try this new, plant-based tube steak will be right here in Boston. Boston Calling announced today that there will be a curious Ikea brand installation, including a culinary component, at the Memorial Day weekend festival. (Not into Ikea food? There are 150-plus other things to eat on the Boston Calling menu.)

“At the IKEA Food Lab festival goers will be able to experience some of the tastes, textures and cooking techniques that the IKEA food designers are working on,” reads a press release. “We are especially excited to bring the new veggie dog to the U.S.,” adds Ikea Food managing director Michael La Cour.

Munchies sent a Danish reporter to try the veggie dog in February. Simon Espholm learned the sausages aren’t just a different shape of Ikea’s veggie balls, but are a new product made of “water, kale, red lentils, quinoa, fennel seeds, and additives.” His ’dogs were adorned “with a creamy sauce (which sort of tastes like what you get on a kebab), and then added sweet mustard, pickled red cabbage, and crispy onions.”

His verdict? Soft, and fine. “It didn’t taste bad—not at all. It just didn’t really taste like much,” he wrote.

The veggie dog is still in beta mode, but Ikea plans to launch it around Europe later this summer.

“As always when we develop new products we have to secure that it is delicious and that our customers like it,” La Cour said in Ikea’s initial veggie dog announcement.

The Food Lab is part of Ikea’s “journey of exploring life outside of the home,” the press release really, actually says. But what does that mean for you, the Boston Calling festival-goer?

“We’re coming to Boston Calling to learn and interact with people around things we know are core in life; music and food,” the company’s head of design, Marcus Engman, says in the statement.

The brand installation will host Swedish hip hop group, Teenage Engineers, and will showcase some prototypes from an upcoming “party collection” called Frekvens.

“And to offer a place to relax, hang out, enjoy some great food and charge your phone of course,” Engman adds.

We’re confused, but intrigued. See you there to try that veggie dog.