Strip-T’s to Close after 30-Plus Years in Watertown

"Business is too inconsistent" at Paul Maslow's diner-turned-dining destination. 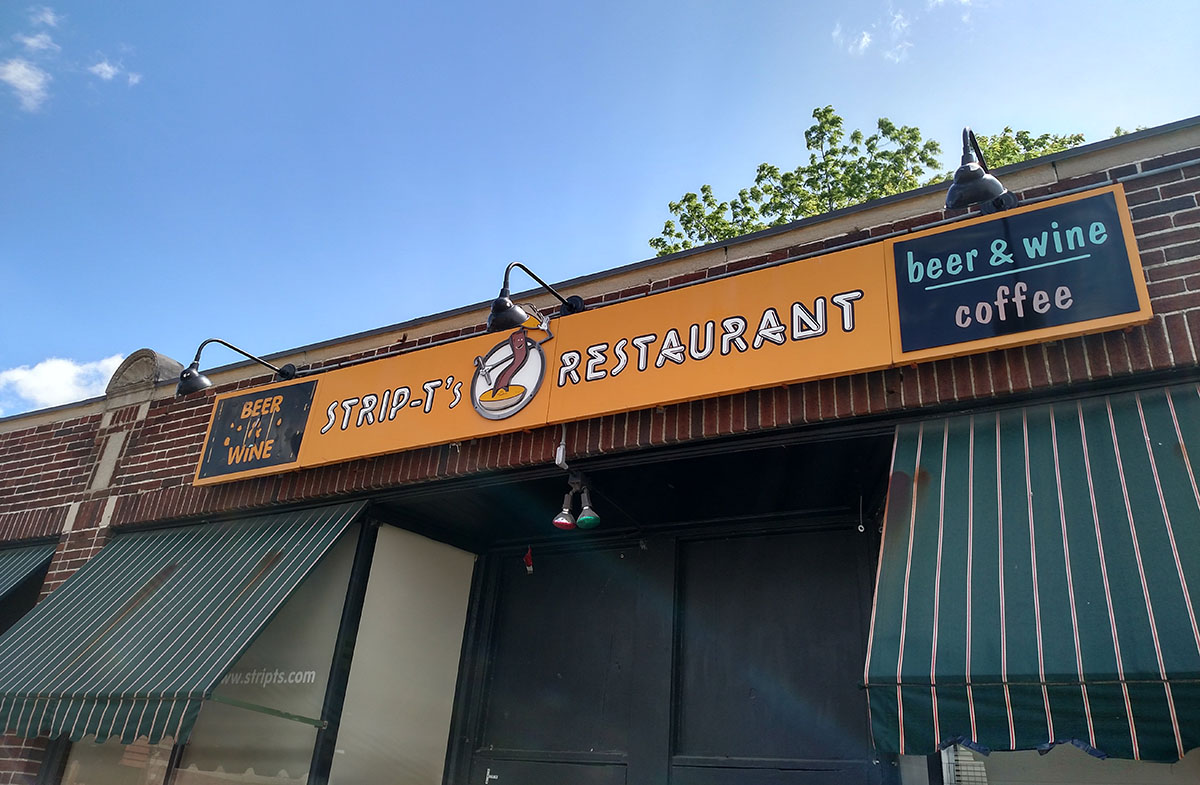 UPDATE, Monday, June 4, 10:30 a.m.: Strip-T’s is a lunch-only restaurant now that its time is winding down. Check out the limited menu available this month from 11 a.m.-4:30 p.m. every Monday-Saturday, until otherwise noted on social media.

Thirty-two years in the restaurant industry is no small feat, and that’s the milestone Paul Maslow will mark. The restaurateur announced today, through the Boston Globe’s Devra First, that Strip-T’s is closing.

“Business is just not consistent,” the 62-year-old proprietor said, citing potential reasons ranging from lack of a full liquor license, to weather, to the simple fact that there are so many choices in dining these days.

Maslow opened Strip-T’s in 1986, after stints in Boston fine-dining institutions including the Ritz-Carlton and Café Budapest. With its cheeky name and adventurous, for the time, lunch options like a blackened bluefish po’boy, and the Steakhouse Pocket, his signature sirloin strip and Caesar salad together in a pita, the sandwich shop earned regulars and respect.

But in 2011, it truly got the culinary spotlight when Maslow’s then-27-year-old son, Tim, left his role as chef de cuisine at Manhattan’s renowned Momofuku Ssam Bar, under burgeoning celebrity chef David Chang, to reinvent his father’s sandwich shop. The younger Maslow recruited fellow culinary school chefs and pros from Craigie on Main, UpStairs on the Square, and New York’s Gramercy Tavern, and over several months reworked every menu item, down to the the burger and fries.

Strip-T’s earned itself a Boston magazine review, and a few Best of Boston awards during that time—including for that smoked miso burger. It was shortlisted by the James Beard Foundation for an Outstanding Service award. It became a favorite of off-duty hospitality pros, including the Table at Season to Taste chef, Top Chef competitor, and Watertown resident Carl Dooley.

Tim Maslow oversaw a Japanese izakaya-style menu at night, and not-your-average sandwiches by day. Through it all, the Strip-T’s Caesar salad was the only holdover.

Talented Strip-T’s staff have gone on beyond Watertown: Tim Maslow opened and closed the critically acclaimed Ribelle, and is in the midst of opening a new izakaya concept in the South End; former wine pro Theresa Paopao can be found at Asta these days. Other former cooks include Jared Forman (Deadhorse Hill, Simjang), Dan Amighi (La Brasa, Cafe du Pays), Bill Nurse (Sulmona), and most recently Peter McKenzie, formerly of Shepard, Ribelle, and Rialto. McKenzie and his wife, pastry chef Mareena, served the final Strip-T’s brunch ever this past Mother’s Day.

“It was not about money for anyone. We were fueled by passion,” former general manager Ellen Benson, now GM of Simjang in Worcester, told the Globe. “We’d spend our days off there to see what other people were doing.”

For the elder Maslow, it’s time to spend more time with his 16-year-old son and one-year-old grandson. Last week, Maslow broke the news to his staff. There’s no official end date on the books just yet, he says, but the restaurant is no longer taking reservations. Call ahead before heading out to Watertown to pay your final respects to this quirky gem. 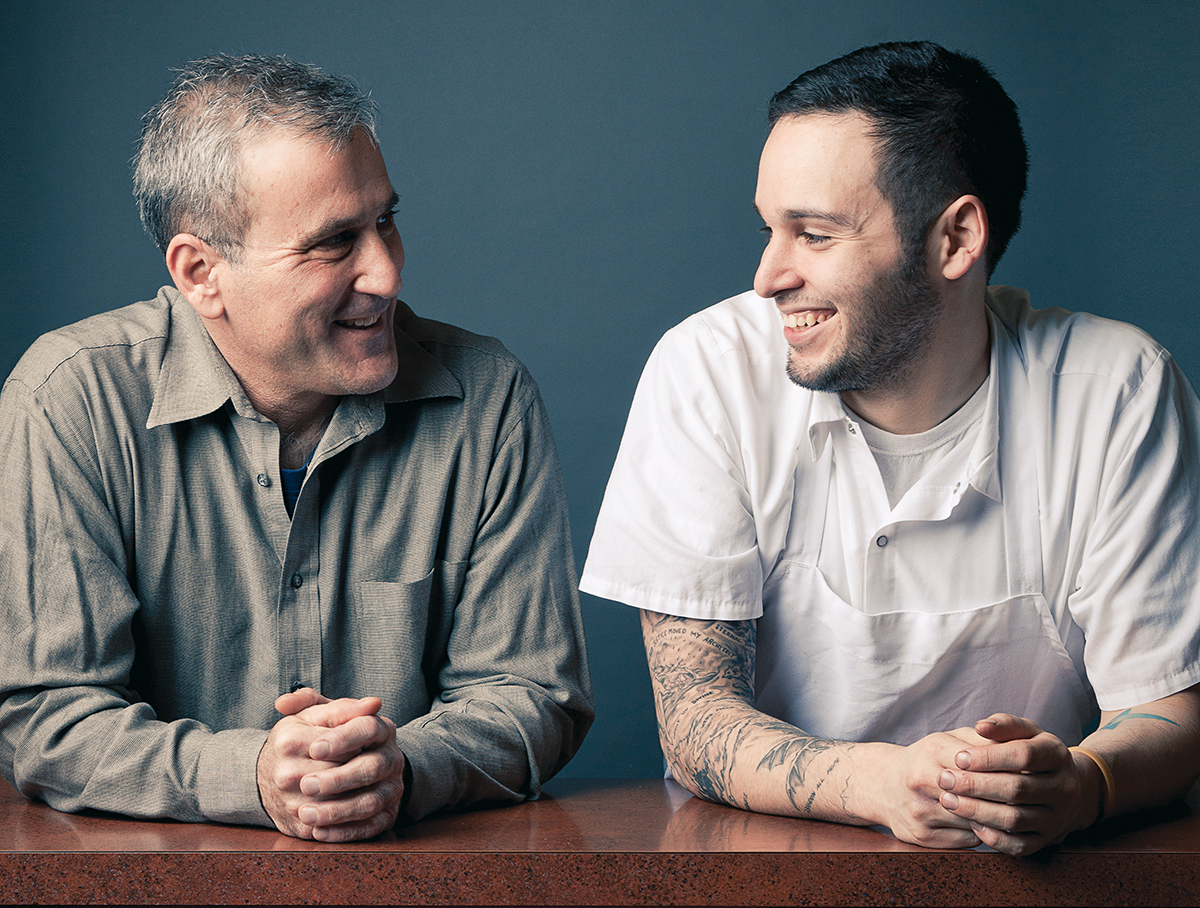 Paul and Tim Maslow of Strip T’s in 2012. / Photograph by Scott M. Lacey for “Hometown Hero“ 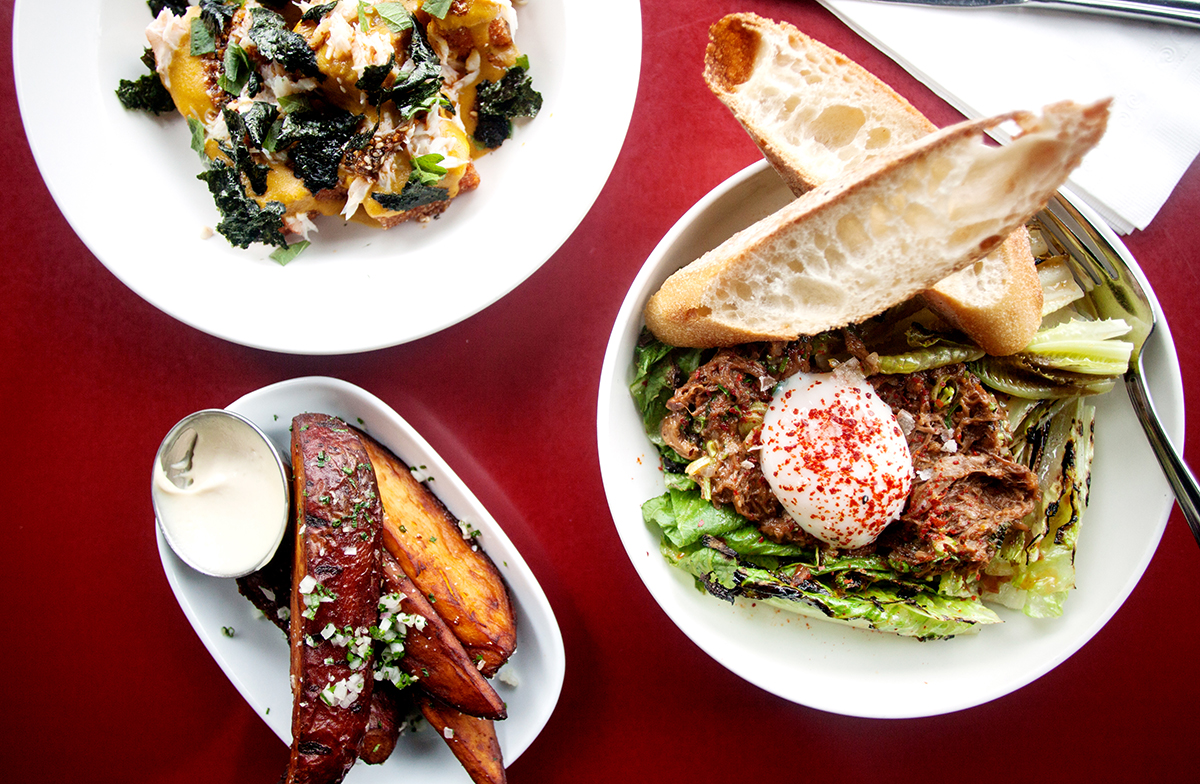