Quincy Is Getting More Boston Restaurant Ex-Pats at Idle Hour 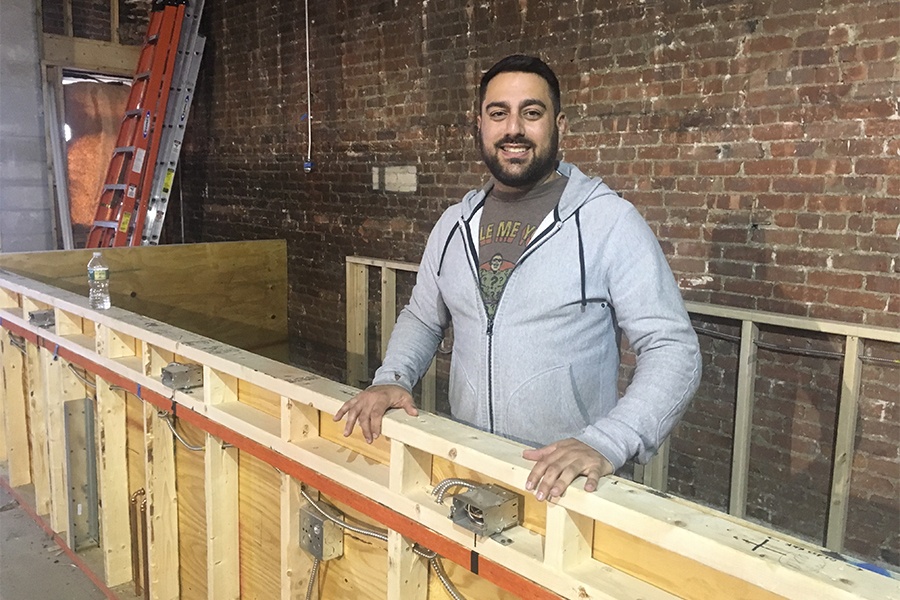 Mathew Freid in the under-construction Idle Hour space in Quincy Center. His retro cocktail bar and restaurant will open in July 2018 / Photo provided

A couple more Boston cocktail bar pros are taking their talents to Quincy Center. Mathew Freid, an alum of the Beehive, Capo, and JM Curley, is opening a retro cocktail bar called Idle Hour, and has signed on the former chef de cuisine at Drink to spearhead the kitchen.

Per Gaboriault’s bio, the chef “dreams of one day opening the first three-star Michelin dive bar.”

Freid has dialed in the concept (and name Idle Hour) since he first took over the troubled Clash of the Ash space last year.

“I’ve had a bunch of concepts in mind over the years, but there’s always that question: What comes first, the space or the concept?” Freid told Eater Boston in October 2017. “Well, I love this space, and we’re gonna figure it out.”

He, of course, is also bullish on the development happening in the City of Presidents. Idle Hour adds to the neighborhood that, in recent years, has welcomed new restaurants including Kerry Lynch-Delaney’s pizzeria 16C, Italian Cafe Gelato, Zef Cicchetti & Raw Bar; a bigger Fuji, and locations of KKatie’s Burger Bar, Pho Pasteur, and Shaking Crab.

Gaboriault follows fellow Drink alums Devin Adams and Palmer Matthews, owner and bar manager, respectively, at the Townshend. Quincy’s three-year-old tavern is still poised to get a sibling craft beer hall, now called Belfry, but that buildout has been delayed.

This summer, Quincy Center is also getting a vegan beer hall, called Rewild. The unique concept comes from a team including alums of By Chloe and Barrel House Z brewery.

“We’re excited that the great creative energy and new construction in Quincy Center continues to attract some of the region’s most talented people, including Boston’s best chefs and restaurateurs,” Quincy mayor Tom Koch said in a statement.

Idle Hour is on Instagram, Facebook, and the world wide web. Construction is underway, and Freid is eyeing a July opening.

Update, 1:15 p.m.: A previous version of this article inaccurately stated that Ashley Gaboriault started her restaurant career at Trina’s Starlite Lounge. She never worked there, but she did secure her first job elsewhere while networking at that bar, she says.