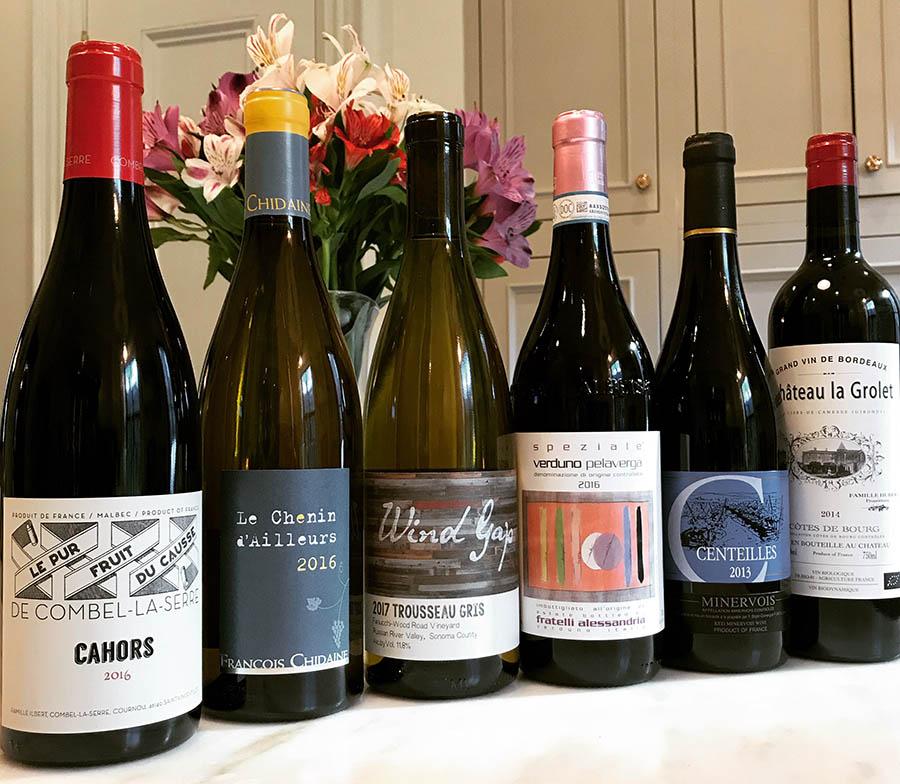 A Glass of B-Sides and Rarities

It’s almost a holiday weekend—better make sure you have enough wine. Have you checked out Upper Glass yet? It’s a locally based wine discovery service that taps into the knowledge of Boston-area wine pros. Each month, a different restaurant sommelier or wine director selects four bottles of below-the-radar, seasonal picks, which are hand-delivered to your home or workplace (the package requires a 21-plus signature) for $80. This month, Carl York, the longtime grape whisperer at Craigie on Main, has compiled a box of “B-Sides and Rarities.” Two reds and two whites, or four reds if you prefer, represent small, limited-run “projects of passion; styles which would otherwise be lost in favor of more marketable varietals,” Upper Glass says. Order just this month’s package, or sign up for a monthly subscription. Carl’s picks are available to order through Wednesday, May 23, and Jodie Battles of Little Donkey, Toro, and Coppa (aka the JK Food Group) is on deck for June. Learn more about Upper Glass here. 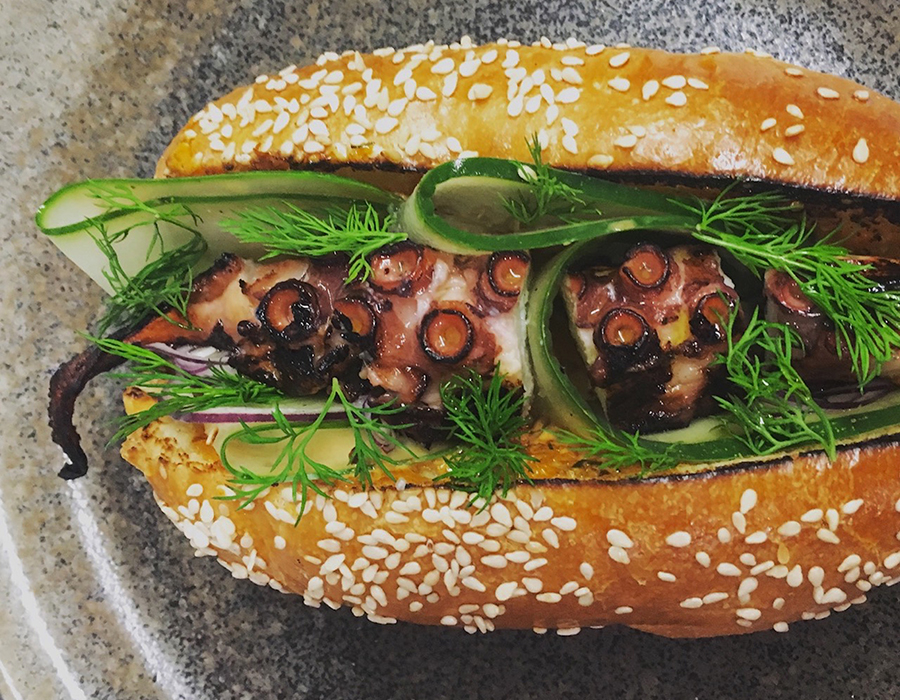 At Strip-T’s, While You Still Can

It is true: This quirky sandwich-plus shop is shutting down after 32 years in Watertown. Owner Paul Maslow has put the place on the market, but there’s no closing date on the books just yet. It’s business as usual for the next couple days; then Strip-T’s is closed all day Sunday, May 20, through Tuesday, May 22. It’s open for dinner from 5-9 p.m. next Wednesday-Saturday, and all day Sunday next week. Stay tuned on Facebook for Maslow to “make things official down the road,” and get in soon for one final meal or two. 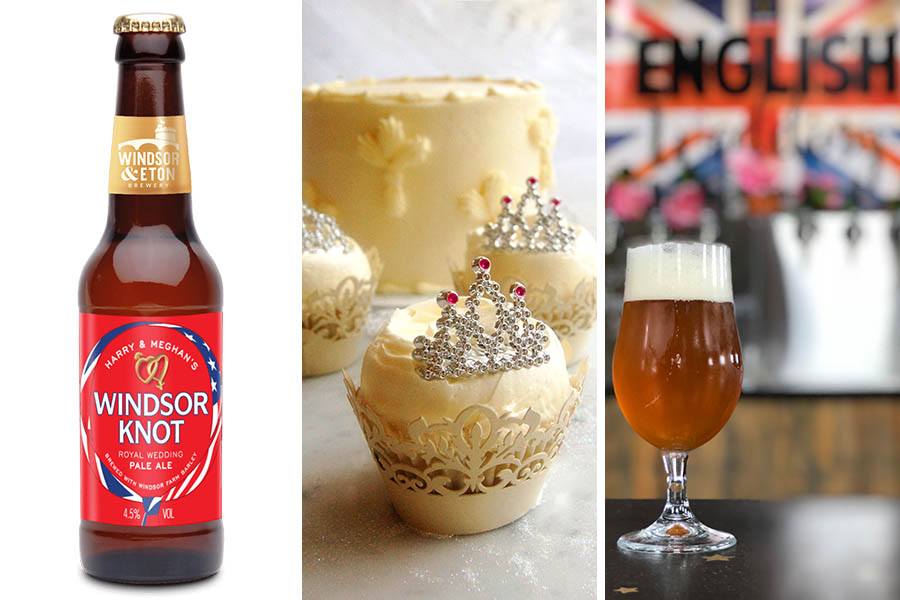 Our forebears quite literally fought a war to escape the oppressive tyranny of the monarchy, but we are not above throwing back a couple pints of English ale, or a couple pretty cupcakes, to celebrate the Duke and Duchess. Prince Harry and his American fiancée Meghan Markle are to be wed Saturday, May 19, at noon in the United Kingdom. It airs in Boston at 7 a.m., and there are a number of ways to watch it if that’s something you’re into. Oak Long Bar (138 St. James Ave., Boston) will be open at 8 a.m., and it’s the only place in Boston to sip Harry & Meghan’s Windsor Knot by Windsor & Eaton Brewery. Oak has 24 bottles of the Royal Wedding pale ale ($12), made with barley grown on the Royal Farms in Windsor. In local libations, the makers of Slumbrew crafted a draft-only, commemorative English IPA. Somerville Brewing Company (15 Ward St., Somerville) opens at 11 a.m., and plans to show Royal Wedding highlights on TV; its American Fresh taproom and beer garden will also have the English IPA on draft for a couple weeks. Magnolia Bakery (200-299 Faneuil Hall Marketplace) opens at 10 a.m. on Saturday with a limited-edition lemon curd cake and cupcake with elderflower meringue buttercream, inspired by the betrothed’s wedding cake. At Harvest (44 Brattle St., Cambridge), there will be handful of wedding cake-inspired doughnuts to have in-house (or on the gorgeous patio) or to take to-go from 11 a.m.-2 p.m. Executive pastry chef Joshua Livsey also created a lemon-elderflower doughnut; as well as carrot cake, blueberry citrus, chocolate caramel French cruller, and strawberry shortcake. 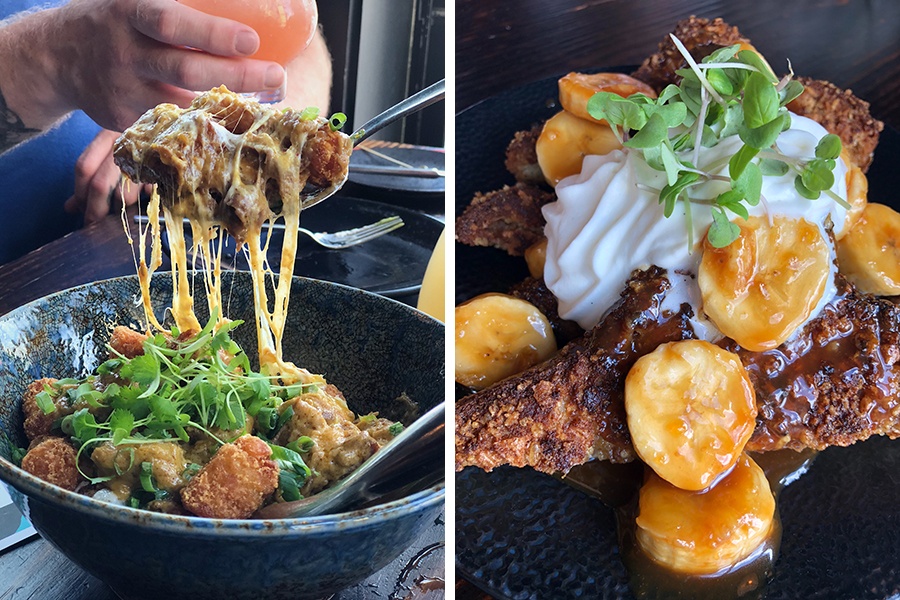 Tater tot poutine and French toast are on the new brunch menu at Fat Baby Sushi and Cocktails. / Photo provided by Fat Baby 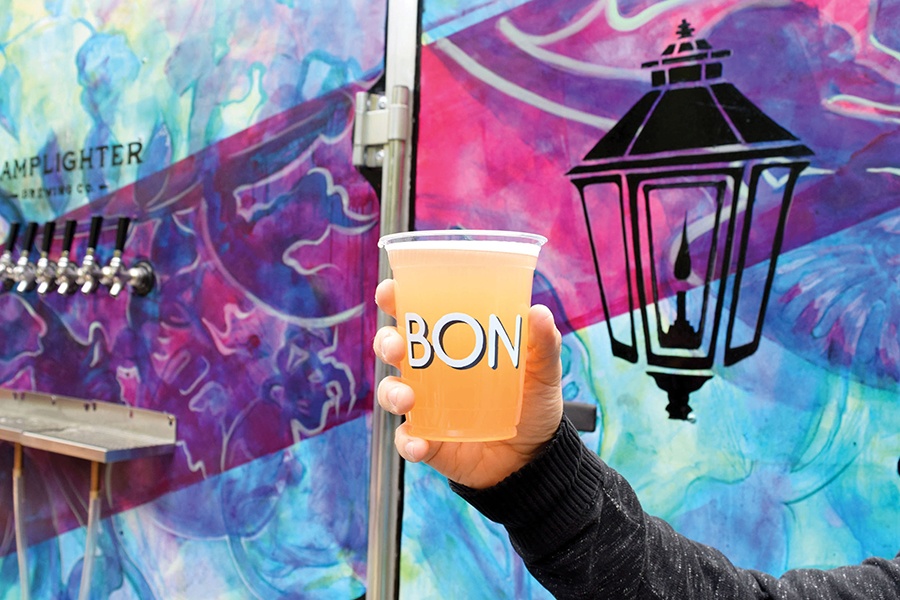 Lamplighter Brewing Co. and Bon Me have a new shandy available at the Central Flea Beer Garden. / Photo provided by Bon Me

Central Flea regulars Bon Me and Lamplighter Brewing Co. are debuting an exclusive collaboration at the market beginning this Sunday. It’s a light and sunny shandy, made with Bon Me’s spicy ginger lemonade and Lamplighter’s Group Theory, a wheat ale brewed with honey and chamomile. There is potential for the shandy to make the menu at Bon Me’s new East Cambridge test kitchen, but for now, it will only be available at the Lamplighter Beer Garden at the Central Flea. The food truck favorites suggest pairing it with their Chinese barbecue pork banh mi—and picking up the sandwich before heading to the bar, since beer can’t leave the garden. 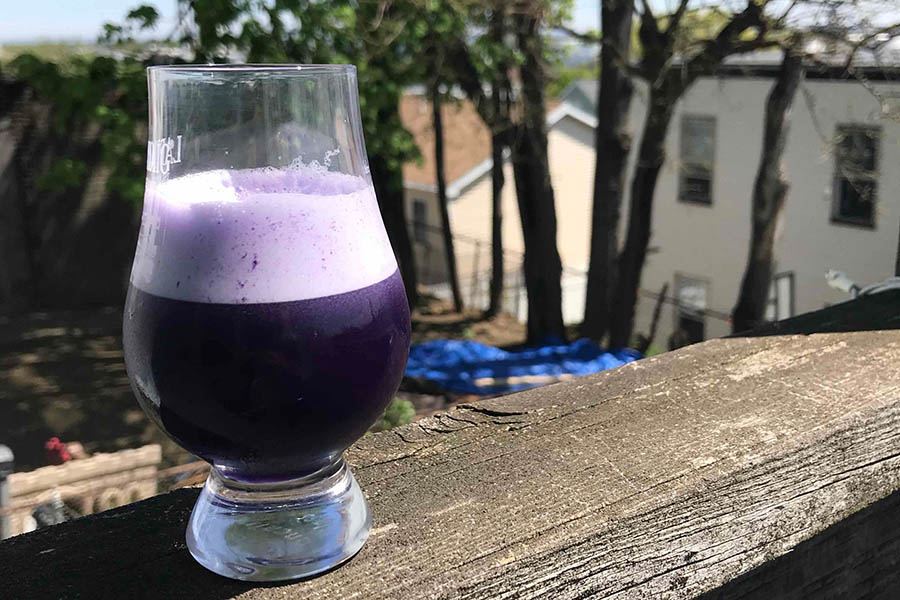 Try an ube sour from the Tanám cocktail menu at a pop-up this Sunday. / Photo provided by Tanám

The Bar at Tanám: A Cocktail Pop-up

Bow Market is up and running in the heart of Union Square, with Remnant Brewing, and gift shops like 9000 Things, Calliope Paperie, Adelante Shoe Co., and more open regularly. There’s more food and drink to come, though. While Ellie Tiglao is building out Tanám—her restaurant, bar, and art space on the market’s ground level—she’s also developing her Filipino menu. Preview drinks and snacks this Sunday afternoon, at a Somerville art gallery. A $40 ticket includes a cocktail of your choice, a flight preview of the beverage menu, and bar snacks by Tiglao.

UPDATE, Friday, May 18, 4:30 p.m.: A previous version of this post listed a JP Beer Garden pop-up on Sunday night at Wink & Nod, but it has been cancelled.