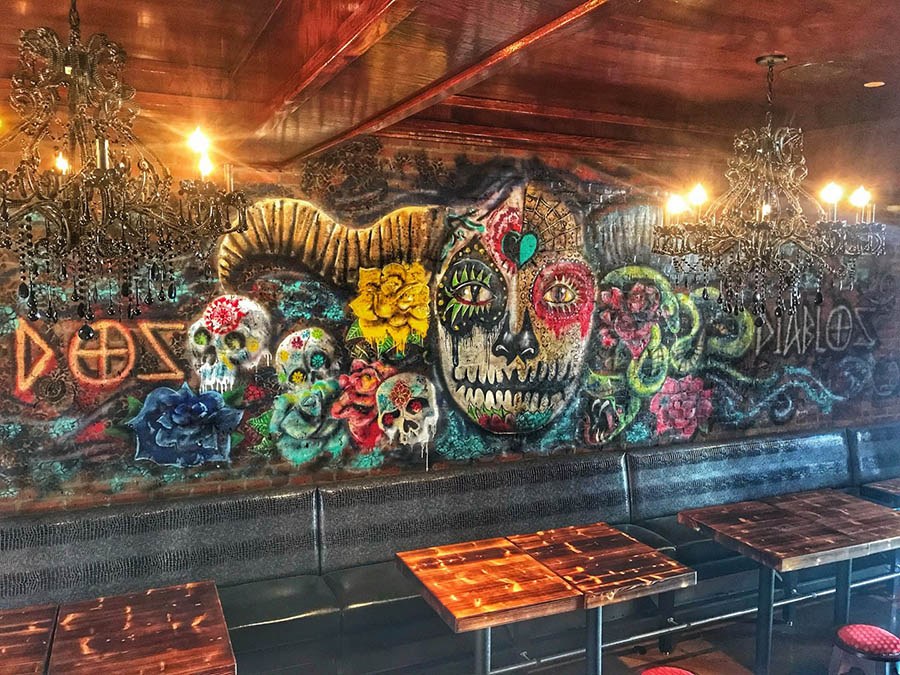 The mural at Dos Diablos taqueria. / Photo by Chuck Hitchcock

For those nights that call for comfort food and tequila shots, Gainsborough Street has a new, one-stop spot. Two Saints Tavern and Dos Diablos are two new concepts “coexisting in perfect gastro-harmony,” from a restaurant group known for a growing number of Boston bars.

Brian O’Donnell and partner Ken Casey are also behind McGreevy’s, Lion’s Tail, Lower Mills Tavern, and Yellow Door Taqueria (and Casey also fronts the Dropkick Murphys). General manager Chuck Hitchcock joins them as a partner at both Two Saints and Dos Diablos, and chef Andrew White is overseeing both menus.

Two Saints and Dos Diablos, as their names suggest, are “starkly contrasting” design-wise, and they both have distinctive murals. The pub side is a mid-day, pre-theater, and after-work dining option, with DJs and live music at night. It has communal seating, wood paneling, and neon beer signs, while the intimate tequila bar has red uplighting and gothic chandeliers, and serves dinner only.

They each have a separate entrance, but they are also connected on the inside. Two Saints Tavern seats 65, plus a 15-seat bar; while Dos Diablos can have 38 in the dining room and a 20 more at the bar.

Chef White was previously at his uncle Jasper’s Summer Shack, and has experience in a dual-concept kitchen as an alum of Church (which is now the casual pizza pub-slash-tropical date spot, Tapestry.) At Dos Diablos, White is doing tacos like grilled skirt steak, fried fish, and house chorizo with seasonal accompaniments; plus shrimp ceviche, a couple salads, and shareable dips. Two Saints Tavern offers bar food and pub-style entrees, and has resurrected its predecessor Our House East’s college-friendly happy hour deals, like $1 pizza slices on Mondays, $3 burgers on Tuesdays, and half-priced apps on Wednesdays, Fridays, and Sundays.

Head bartender Adam Ford is also here for the college kids. Though his resumes includes Eric Ripert’s Michelin-starred Le Bernadin, Boston’s Pabu, Tiger Mama, and more, he has created a cocktail with Sour Patch Kids for Two Saints Tavern, alongside updated classics. There are eight draft lines, and both spots share a list two dozen bottle and canned beer options. The Dos Diablos cocktail list is centered on tequila and mezcal, and there are also house-made sangria options by the glass, and large-format drinks.

Check out the full, opening menus below for both spots. Beginning Monday, May 21, Two Saints opens daily from noon until 2 a.m., with Dos Diablos doing dinner nightly starting at 4 p.m. 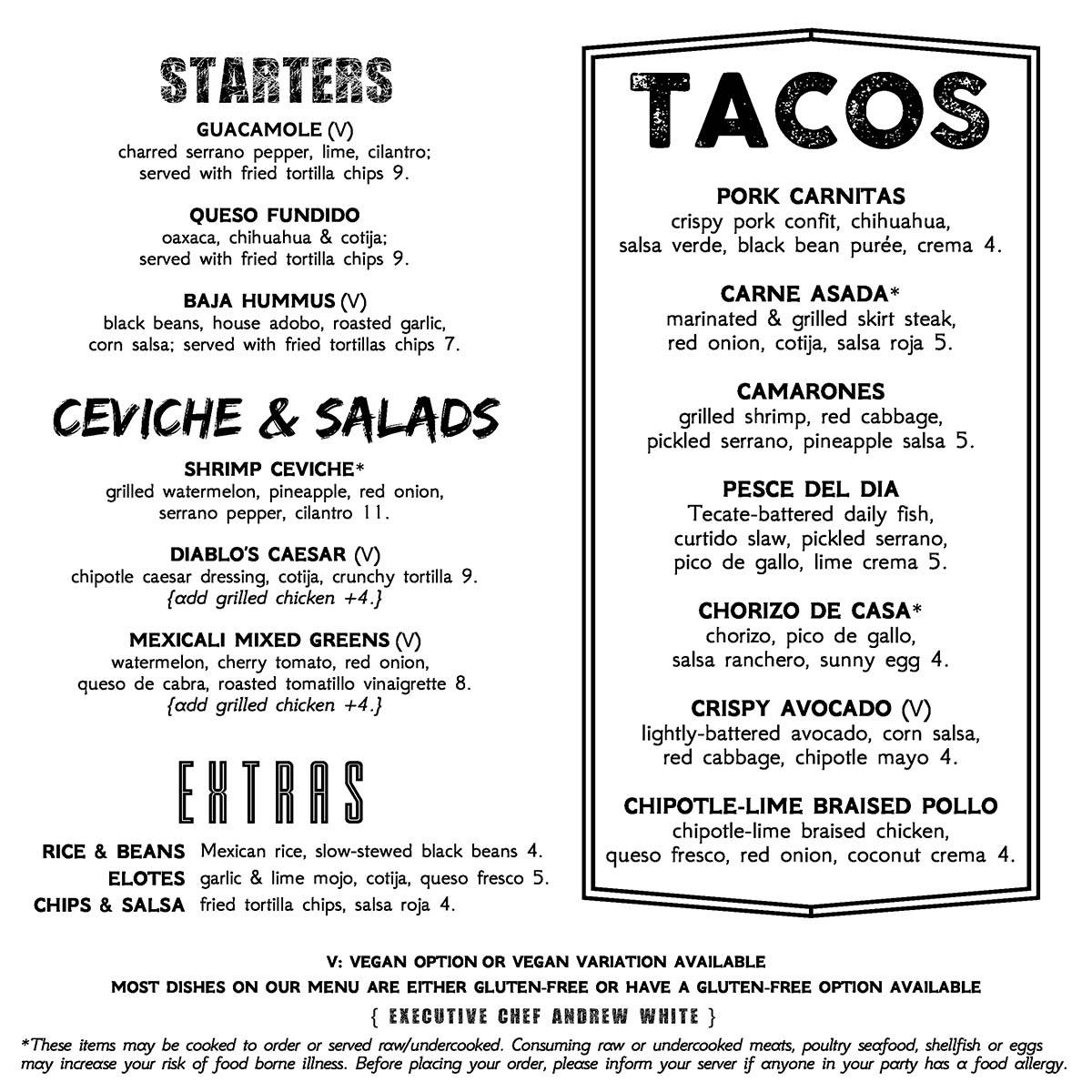 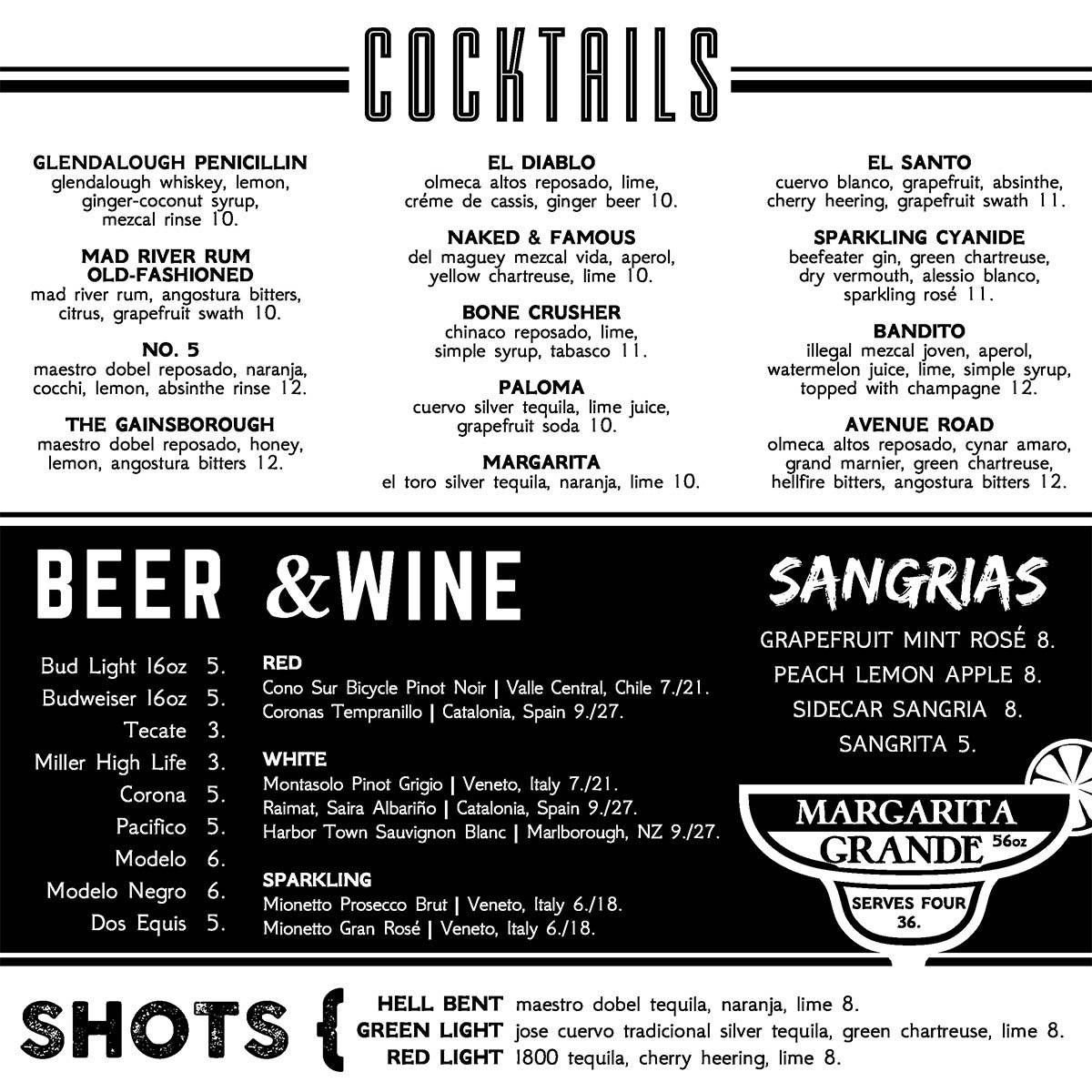 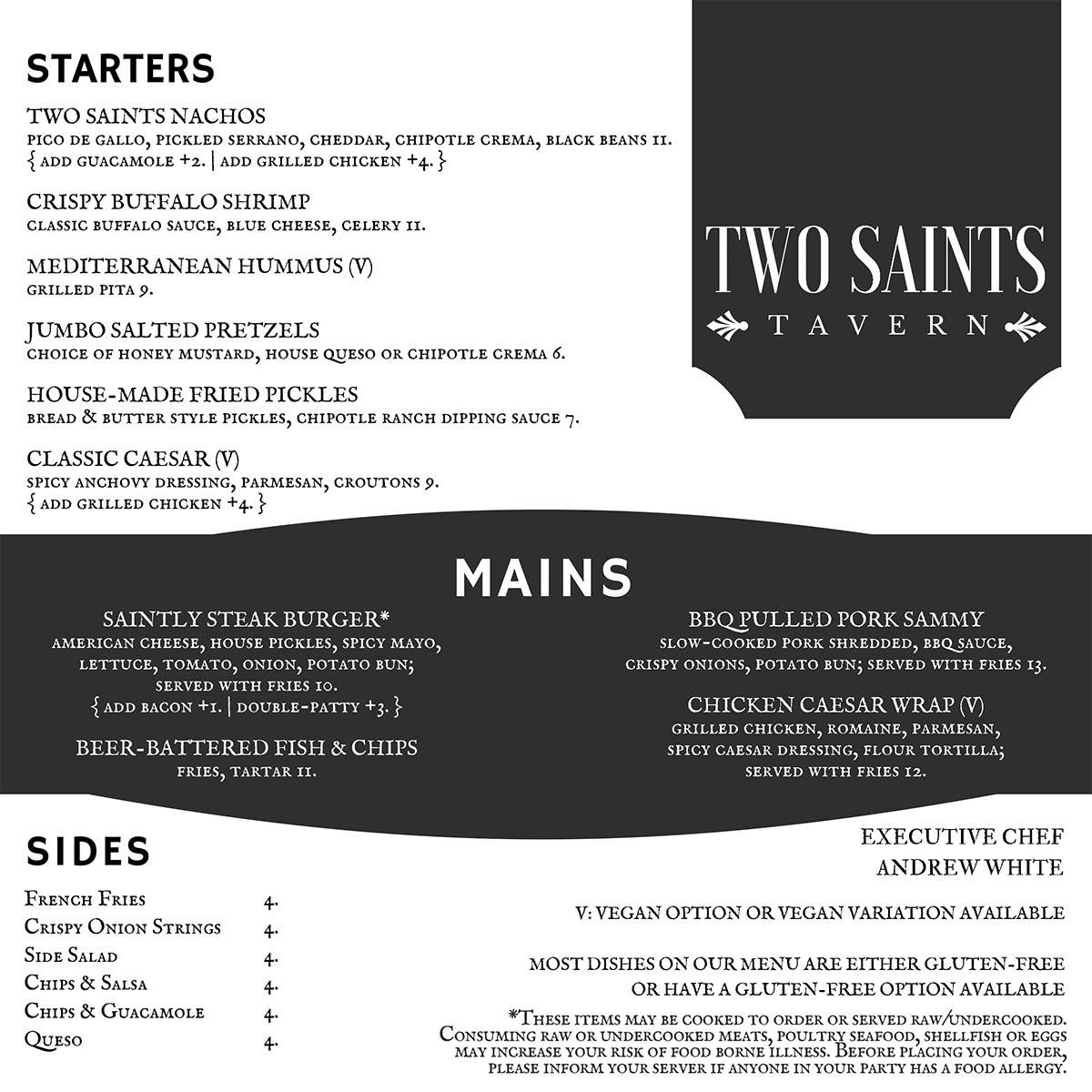 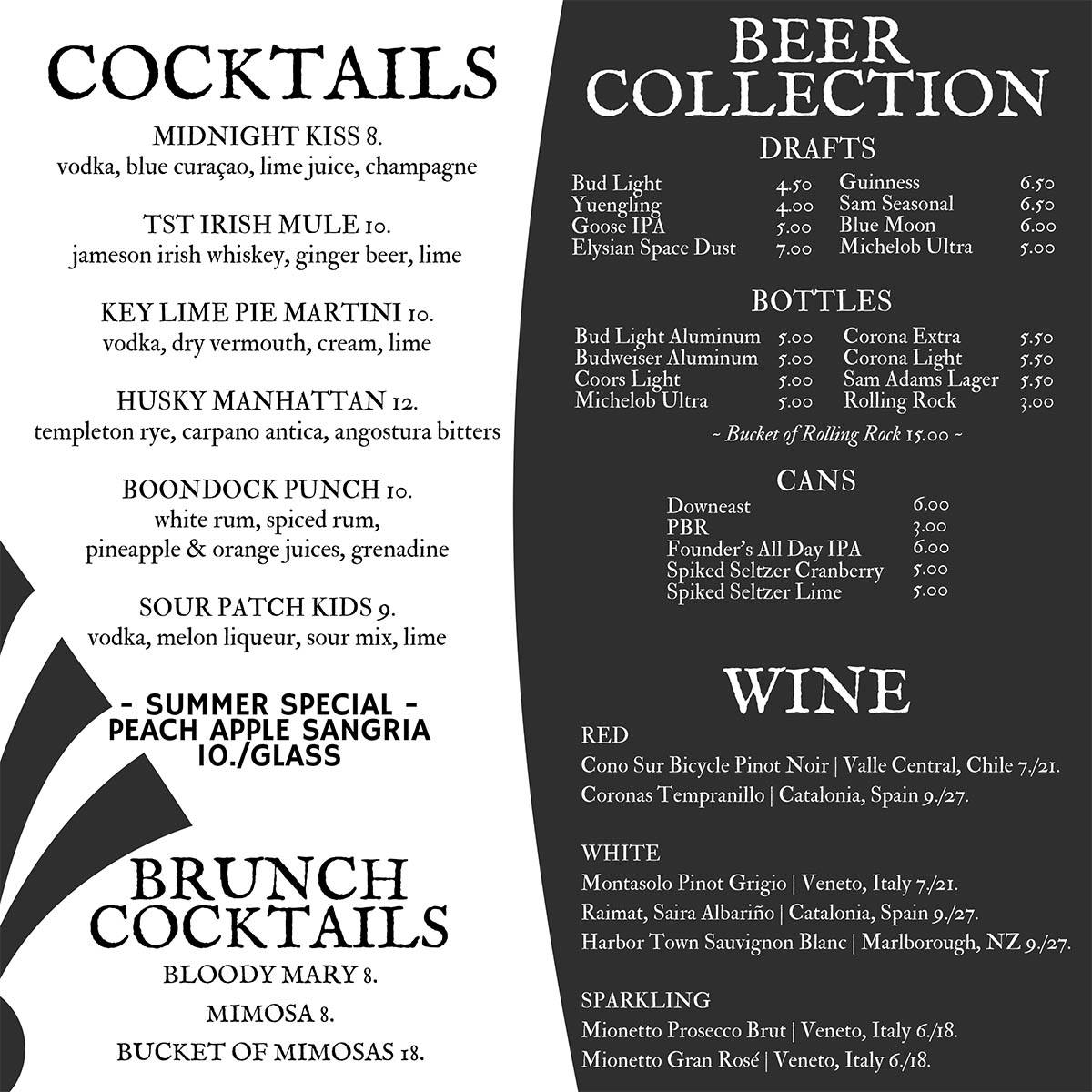