Early Details on Chickadee, Opening this Summer in the Seaport

Industry vets Ted Kilpatrick and chef John da Silva have teamed up on a new project in the Innovation and Design Building. 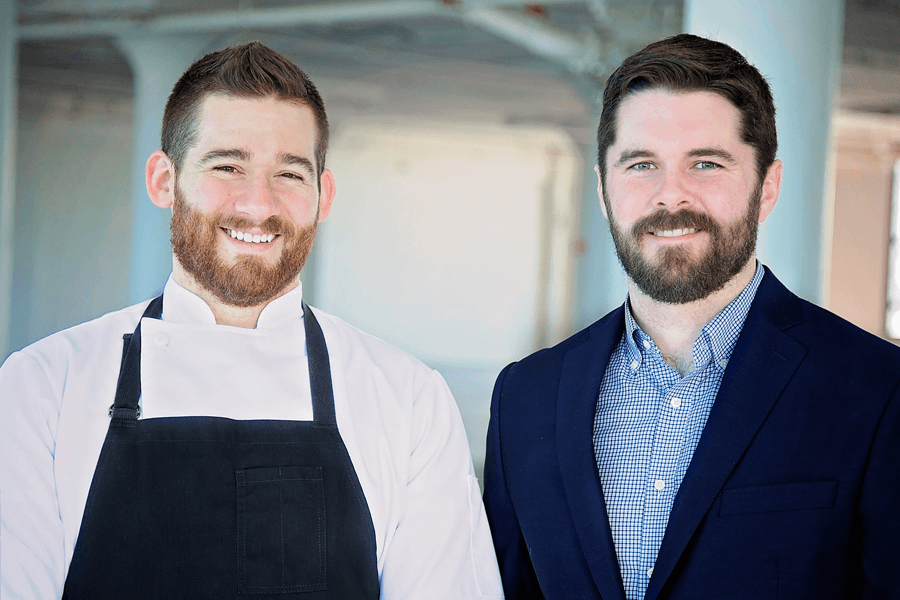 File this one under buzzy summer openings: Industry vets chef John da Silva and hospitality pro Ted Kilpatrick are planning to open Chickadee in the coming months in the Seaport’s Innovation and Design Building.

Named after the Massachusetts state bird, the restaurant from the former Spoke Wine Bar and No. 9 Park chef will serve a Mediterranean-leaning menu heavily influenced by the New England seasons. Think housemade pastas, grilled meats, and lots of seafood.

“I want to use the local bounty in a way that just tastes right,” says da Silva.

Kilpatrick and da Silva met several years ago while working together at No. 9 Park. “We got along well pretty quickly,” says Kilpatrick, who recently returned to Boston after working in New York for four years as the beverage and service director at Tim and Nancy Cushman’s restaurants there.

At Chickadee, they’ll be co-owners. Kilpatrick will manage the front-of-house, including the bar program. Drinks will be be “rooted in the classics,” with “more no-alcohol or low-alcohol options than you might be expecting.”

Da Silva was the chef at Spoke Wine Bar until late 2016, when former owner Felicia Foster closed the restaurant due to health issues (it has since reopened under new ownership). In 2015, he received a Boston magazine Best of Boston “Up-and-Coming Chef” award for his work there.

At his forthcoming restaurant, da Silva is also planning to offer some large-format dishes, which were impossible to whip up in Spoke’s tiny kitchen, he says.

Since the end of his time at Spoke, he has been pinch-hitting at several restaurants in Boston, including Menton and Cafe Sushi.

The chef says he’s been wanting to open his own concept for many years, maybe even a decade. “But looking back, I probably wasn’t ready until this moment,” he adds.

In addition to being the state bird, chickadees are personally significant to da Silva. At the end of his mother-in-law’s life, he spent time observing them and other birds with his wife in the backyard of her parents’ home.

“I love how they mix it up with everybody and they’re curious, too,” he says. “I thought their style kind of mimicked what I love about restaurants right now. I want the service at Chickadee to be fast and casual, like the bird, and I know Ted’s going to create an amazing social environment.”

The restaurant will be open for lunch and dinner. It holds about 120 seats, including about 30 seats on an outdoor patio.

Kilpatrick and da Silva said they looked at about 70 spaces “from Watertown to Cambridge” before finally settling on one in the Innovation and Design Building. The building will also be home to a new Flour location.

“It’s a great backdrop to this new-New England approach we’re taking,” Kilpatrick says. “We’re excited to be putting our flagship there.”

Is that already a hint at more projects to come? Stay tuned.