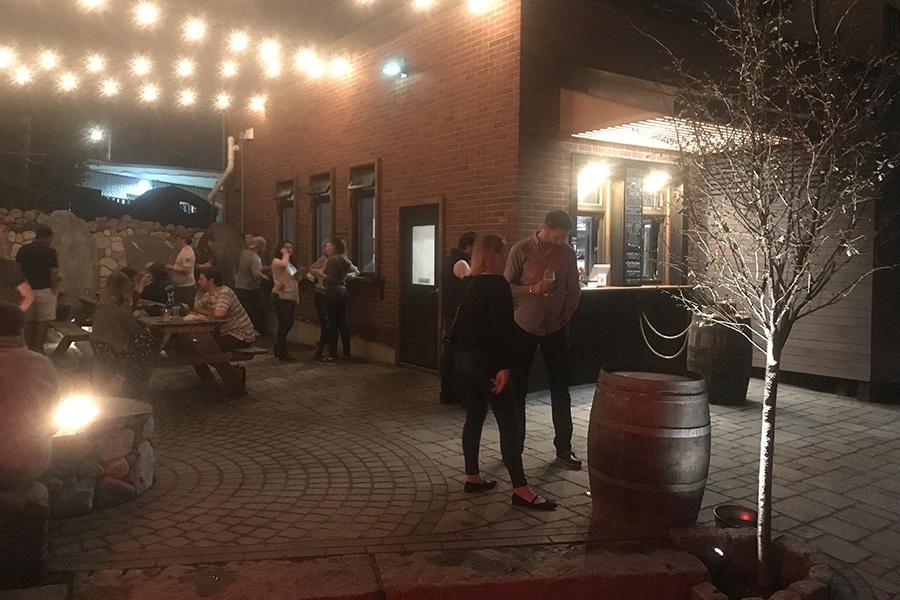 The Duckfat Frites Shack is now open daily, via a walkup window from the outdoor seating area at Oxbow Blending & Bottling. With a menu centered on Duckfat’s famous hand-cut, Belgian-style fries and dips like curry mayo and truffle ketchup, it’s a perfect match for the Newcastle-brewed farmhouse ales.

It’s a collaboration years in the making. Oxbow was the featured brewery at Duckfat’s first-ever beer dinner back in 2012, says chef/owner Rob Evans, and the Maine makers have been friends and collaborators especially since Oxbow opened its Portland outpost in 2014.

In 2016, Evans was looking for a commissary kitchen to help alleviate the pressure on his tiny, busy restaurant—his team was lugging 2,000 pounds of potatoes up from Duckfat’s basement kitchen every week, Evans says. Oxbow owner Tim Adams alerted him to the available space on Washington Avenue, and Evans moved in last year. Evans has been using the 1,700-square foot kitchen for Duckfat production since mid-April, he says.

The Frites Shack gives the chefs a ton of creative freedom, Evans says. In addition to the walkup window—which is open every day, every hour that Oxbow is pouring—they are looking forward to paella parties, suckling pig roasts using swine raised on Oxbow’s Newcastle farm, tasting menu beer dinners, and more special events at Oxbow. They will make use of a new Argentine barbecue grill, and will take advantage of the outdoor seating area as often as they can, Evans says.

“It’s a lot of fun to have that outlet for whatever feel like,” Evans says, noting ever-changing menu specials will include dishes like chicken fried quail, smoked brisket sloppy Joes, a beef tongue Reuben, and more. The Frites Shack also offers house-made sodas, and Duckfat milkshakes for some kid-friendly libations.

As we noted in Boston’s January travel issue, Washington Avenue is a happening ’hood in a gastronomic mecca. The Frites Shack’s block is home to relatively new hotspots like Drifters Wife (and that team’s natural wine shop, Maine & Loire), the Shop from Island Creek Oysters, Izakaya Minato, and more.

“It’s like a mini Brooklyn. In the last two years, this street has been going off with all kinds of quirky concepts,” Evans says, “which works for us—it’s a walkup window. In Portland, you don’t see that too much.”

The Duckfat Frites Shack softly debuted over Memorial Day weekend, and as of today, it’s open daily at noon. It stays open until 9 p.m. Sunday-Tuesday and 11 p.m. Wednesday-Saturday. 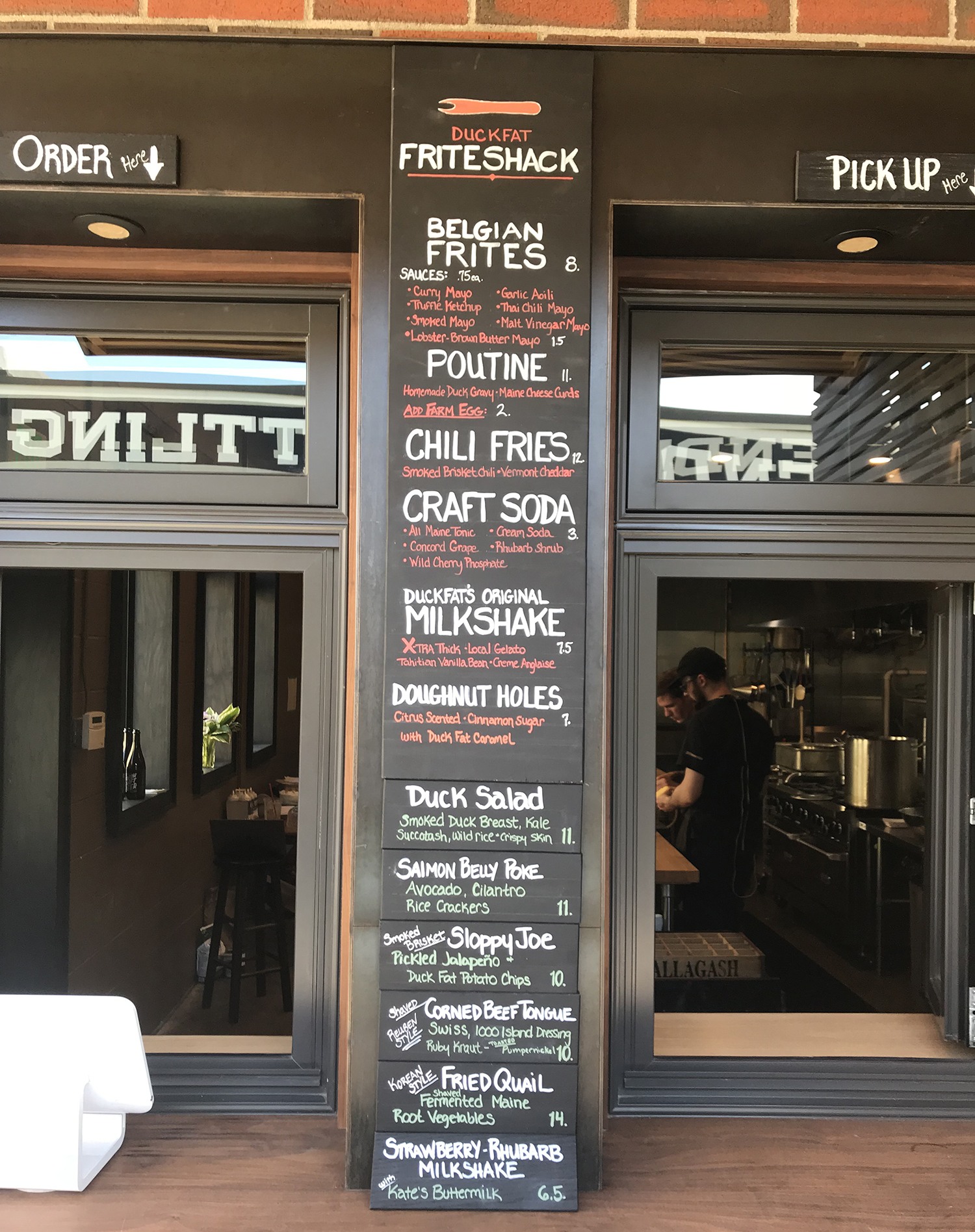