Restaurateurs Frank DePasquale and Nick Varano will team up on Fratelli. 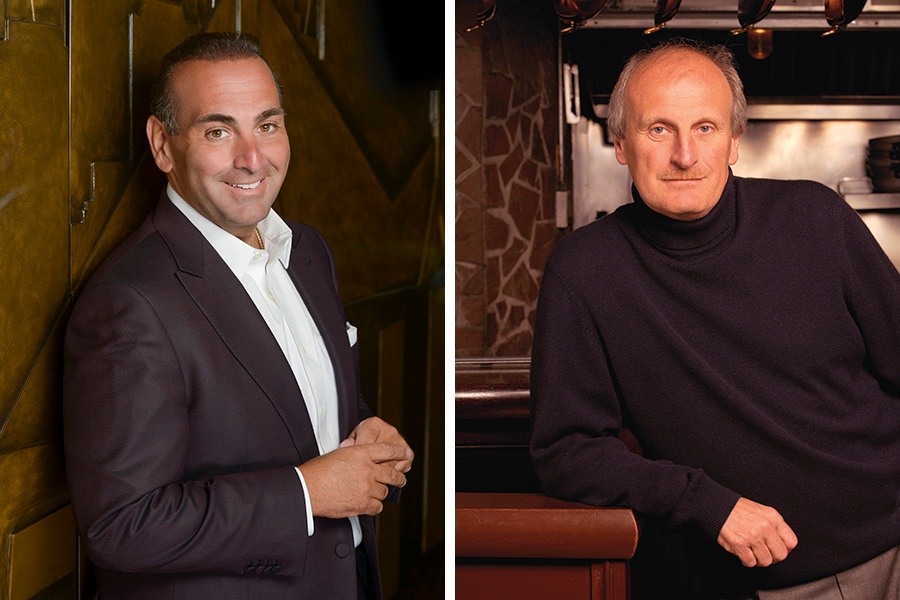 The first local operators tapped to open a restaurant at Everett’s forthcoming resort casino bring a combined 45-plus years’ experience to the table—and “an authentic and colorful flavor of the North End,” the resort announced early this morning.

Frank DePasquale and Nick Varano are teaming up to open an Italian restaurant called Fratelli at Encore Boston Harbor (formerly the Wynn Boston Harbor casino). DePasquale has owned a number of North End properties for more than 30 years, and currently operates Bricco, Quattro, Mare Oyster Bar, and others. Varano is best-known for his Strega restaurants, which started in the North End 15 years ago. He also owns Nico Ristorante, and three Caffé Strega locations around metro Boston. This is DePasquale and Varano’s first collaboration.

“Fratelli will embody the true essence and culinary experience that both of us have been known to bring to the Boston restaurant scene for so many years,” the restaurateurs said in a statement. The name means “brothers” in Italian.

Fratelli is one of 13 dining and lounge options headed for Encore Boston Harbor, and it will be at least the second Italian concept; Wynn Resorts is expanding its Forbes four-star award-winning concept, Sinatra, from Las Vegas to the Everett property. Fratelli covers more than 5,000 square feet (the whole property is 3 million), located right off the main gaming room floor. It will seat 135.

“We want our resort to be part of the personality and culture of the region when we open, which is something these two North End icons help us achieve instantly,” Encore Boston president Robert DeSalvio said in a press release. “Everyone loves the character and taste of the North End; they bring an authentic and colorful flavor of the North End to our resort.”

The Mystic River casino is expected to open summer 2019.