The celebrity chef and travel muse inspired a generation of cooks, chefs, and writers. His culinary career began in Provincetown. 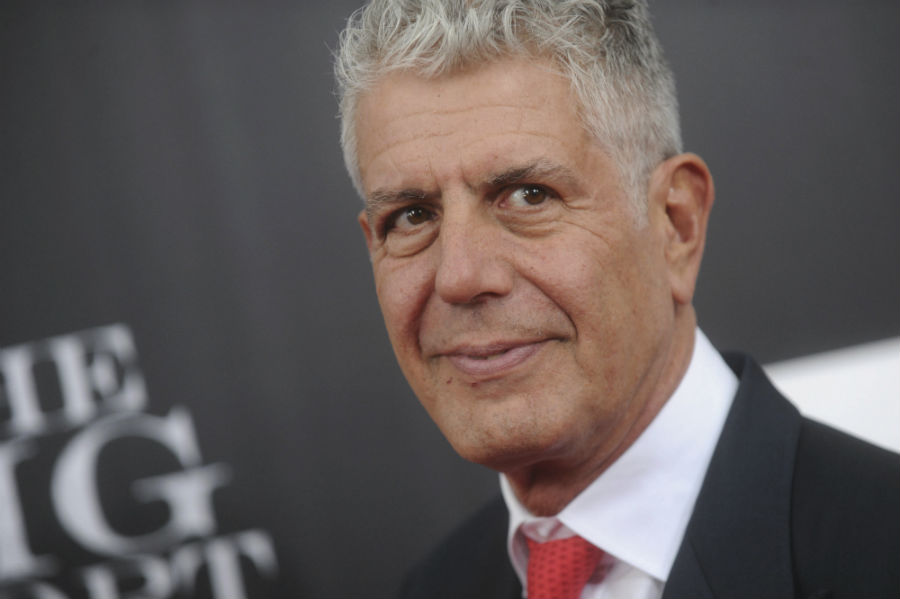 This morning, the world learned that Anthony Bourdain was dead at 61 from an apparent suicide.

The beloved, celebrity chef elevated the status of kitchen laborers with his 2000 memoir, Kitchen Confidential: Adventures in the Culinary Underbelly. Bourdain wrote vividly about the intense and challenging world of being a line cook; his confessional was both proudly boastful of his exploits and “the noble toil” of the business, and sharply critical of its culture.

The book (and Bourdain’s ensuing celebrity status) was many Americans’ first behind-the-scenes look at the industry, and it helped set the course for this generation of aspiring chefs, food bloggers, and even restaurant regulars.

It also did not sugarcoat the mental health challenges the industry is rife with, including drug use, drinking, and addiction.

Bourdain went on to network television, notably with the Travel Channel’s No Reservations, and CNN’s Parts Unknown, where he traveled the world not just sampling foods, but also acting as a friendly and generous tourist who wanted to experience the culture of the places he visited.

His storytelling skills and charm opened up the world to his fans, as Bourdain curiously visited places food media had not, before then, appeared to consider worthy destinations. He journeyed to places like Beirut, to Libya, the Mississippi Delta, Punjab, Jamaica, to Vietnam with sitting President Barack Obama, to Peru, and beyond. Bourdain was filming a new episode of Parts Unknown in France when he died, CNN reported.

Recently, he had been a prominent figure in the #MeToo movement, in part because his girlfriend, Asia Argento, was among the first actresses to speak out about Harvey Weinstein. But Bourdain also grappled with what he might have contributed to the negative environment.

“I think the record will show that I have been casually cruel to famous women who I’ve never met,” he told Boston magazine lifestyle editor Abby Bielagus when he was here in Boston this past November. “I think about some of the things I’ve said about Paula Deen, for example, and I wouldn’t do that now… I’ve crossed the line, I have. I grew up with a good vocabulary and I have used it recklessly at times for the short amusement of the people around me.”

He added, “One of the things that I’ve become aware of is how completely ignorant I am to people’s private pain. You can never know what kind of pain or shame people are walking around with.”

Bourdain also wrestled with what fault his memoir might have, telling Slate last year, “I’ve had to ask myself, and I have been for some time, ‘To what extent in that book did I provide validation to meatheads?'”

Bourdain started his culinary career in 1970s Provincetown. It was a fun and formative time for the young cook, he recalled in a 2014 episode of Parts Unknown where he visited Massachusetts. He’d start his day on the beach, “then work all night, drinking, getting high, drilling out food,” Bourdain said. “Then you were still an essential part of the economy.”

Bourdain credited the Cape Cod community for helping him set his values in the industry. “Being in Provincetown when I was 17… it was predominantly gay, as it still is,” Bourdain told Boston.

“I think of the people I lived with and worked with and who befriended me then, whatever value system I learned then informed what came later. That’s where it all started for me. Those were the kitchens that formed my expectations. I thought it was going to be like that forever.”

The Boston chef community was incredibly inspired by Tony Bourdain.

we need to start being honest with ourselves about mental health in our business & community… and everywhere else. check in on your friends & the people in your circle when you know they are struggling, only takes a minute. #rip

I was halfway through culinary school when this book came out. It’s amazing to remember how the perception of the chef profession changed overnight. This book and this man made us cool.

This is just crushing. I got to cook for him in 2008, and to this day it was one of the best nights of my life. 😔😔😔To a man whose wit, sincerity, inspiration, and lust for experience were always one of my most dear and original kitchen influences… May Anthony Bourdain rest in peace. There will never be enough to explain the world’s loss.

I have so many feelings towards this news. Not only because of my long love affair with his storytelling (that we all similarly share), but it was his marriage to Ottavia that I would look at time and time again as inspiration + reassurance during the inevitably lonely “chef-wife-life” nights. They always respected each others work and separate passions on such a high level. I admired this for so long. They mostly lived two separate lives but connected so spiritually and deeply on all topics Please everyone slow down and check in on yourself and your strongest friends alike #mentalhealthawareness

We’re having an immensely hard time processing this. Anthony Bourdain was simply a force. He stood for all of us. He listened to all of us. He gave everyone an opportunity to be heard. While he may not have felt it, we heard him too. Thank you. RIP.

Lauren Friel, a writer and local wine professional, has an interview series on ChefsFeed about mental health in the restaurant industry.

“We need to stop being shocked and start being honest” about the rampant problem, Friel wrote this morning on Instagram. “Bourdain was open about his history of drug abuse. The shit that drives addiction doesn’t just go away when you get clean, or when you get rich, or when you get famous… And right now I’m really sad, because this guy did a lot for my passion and education in this industry when I was a young gun who couldn’t afford to eat and see and understand everything I wanted to.”

If you or someone you know is having suicidal thoughts or just needs someone to talk to, please call the National Suicide Prevention Lifeline at 1-800-273-TALK, or text 741741. Check in with your friends—even the most vivacious, confident, well-traveled, beloved ones.

Rest in peace, Anthony Bourdain. Thank you for the inspiration.