The Highball Lounge Is Becoming an Elevated “Social Club” 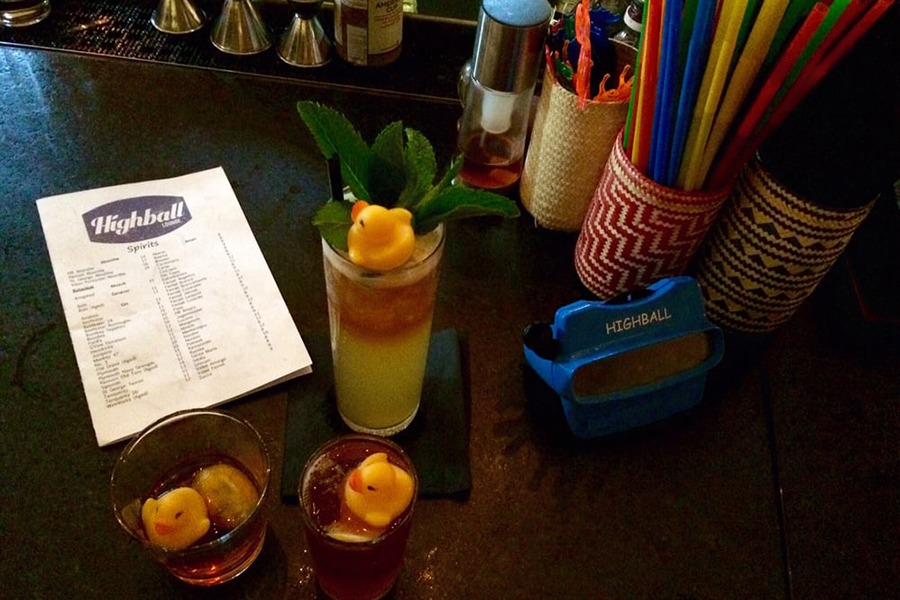 The Highball Lounge, known for games and playful drinks with rubber duck garnishes, will close. / Photo by Cristina R. on Yelp

The Nine Zero Hotel’s bar and lounge is making a play to do away with its, erm, playful image.

The Kimpton-managed property recently unveiled a $12 million renovation of its 190 guest rooms and common areas, with plush leather furniture, and old-meets-new design details like leather-bound books juxtaposed with metallic accents. The revamped dining option is also an effort to elevate the property’s luxury status.

“While we continued to top best of lists, we were inspired to keep pace with Boston’s ever changing, and ever exciting new landscape” of accommodations, the Nine Zero general manager Michal Penek said in a press release. “Now more than ever, our city is in the international spotlight, and our transformation will certainly place us at the forefront of the most sophisticated travelers’ wish lists.”

Better Sorts Social Club is “a glamorous cocktail-forward concept,” the press release reveals. It will debut in fall 2018, and as the name suggests—“better sorts” is another word for high society, the upper class, the aristocracy—tongue-in-cheek nods to Boston Brahmin culture are part of the concept. Stay tuned for additional details.

The Highball Lounge opened in 2013. The wood-paneled space was popular for celebratory groups, with its ample couches and low-slung tables, and a collection of games like Jenga, Connect Four, and Cards Against Humanity. It serves bar food, like crispy chicken and kimchi bao, tater tot nachos, a burger, and flatbread with n’duja and roasted figs; plus strong cocktails and draft beers. A house favorite, the Duckie Rose, comes complete with a cute, yellow duck floating in the glass—which became kind of Highball’s thing. Duck garnishes raised money for the volunteer-support non-profit, One Brick Boston.

Kimpton Properties also manages the Onyx and the Marlowe hotels in Greater Boston, as well as dozens of other venues around the country. Before he moved back to Boston, the Hotel Marlowe’s Bambara Kitchen and Bar chef David Bazirgan worked for Kimpton at Dirty Habit at San Francisco’s Hotel Zelos.

The last night at the Highball Lounge is Saturday, June 16, and it’s going out with a party. It’s typically closed on Mondays, but it’s open the rest of this week from 5 p.m. until late for a final Connect Four tournament or two.