The de Magistris Brothers Open a Neighborhood Tavern in Belmont

Check out the menus at the Wellington, officially opening tonight. 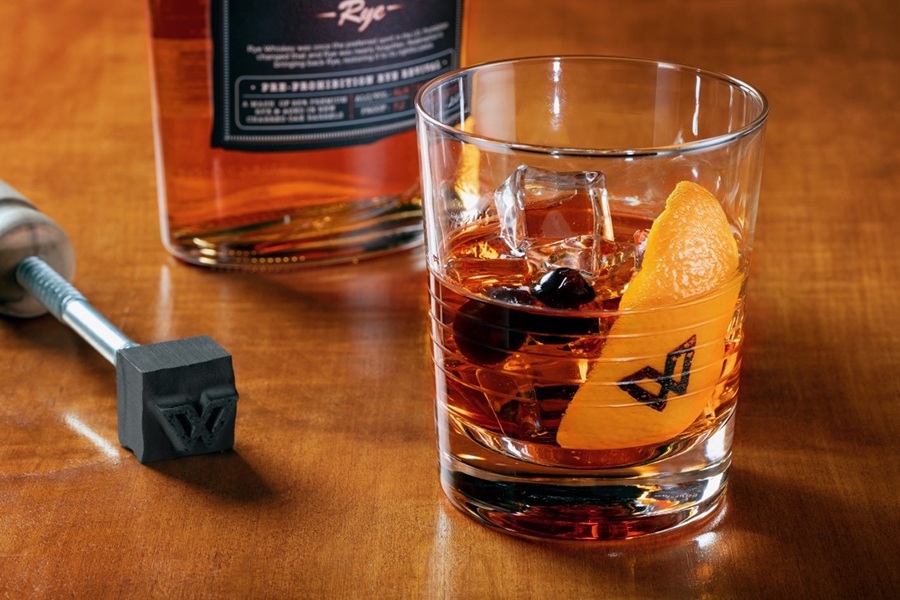 The northwestern suburbs of Boston have a new dining option. The Wellington officially opens tonight in Belmont Center, a casual, neighborhood eatery from the team behind nearby Il Casale.

The Wellington is the fourth restaurant, and third concept from chef Dante de Magistris and his brothers and business partners, Damian and Filippo. The trio owns another Il Casale in Lexington, as well as Dante at the Royal Sonesta Hotel in Cambridge. Unlike its Italian-American sister spots, the Wellington is all-American, with a menu centered on burgers and comfort food, and a family vibe.

It’s named for a long-gone tavern located at the Wellington railroad station, which was in use until 1879 and was integral to the development of the Belmont Center community. Formerly part of a Macy’s, the 3,500-square foot restaurant seats 135, with a goal to please everybody. Wicked Local Belmont has a look inside.

There is also a seared tuna burger, and other entrées, such at roasted chicken, and a cauliflower steak spiced with harissa and za’atar. Kids have their own menu, and there are desserts including a s’more baked Alaska, brownie sundaes with daily ice cream flavors, and boozy (or not) milkshakes.

The full bar has 16 drafts, with an emphasis on craft beers and ciders. Some intriguing options from Devil’s Purse, Oxbow, New York City’s Threes Brewing, and other, lesser-seen breweries kick things off, and the Wellington gives beer fans a chance to sample a flight of four.

There are a dozen more craft cans and bottles, and a fine selection of wines, spirits, and even sakes. Cocktails riff on the classics, like the Magic Mule with a ginger and lime leaf shrub; and the Wellington Punch, with rye whiskey, pomegranate, hibiscus, and citrus, and bergamot tea.

Check out the full, opening menus below. The bar at the Wellington opens nightly at 4:30 p.m., and dinner runs from 5-9 or 10 p.m. Reservations are encouraged. 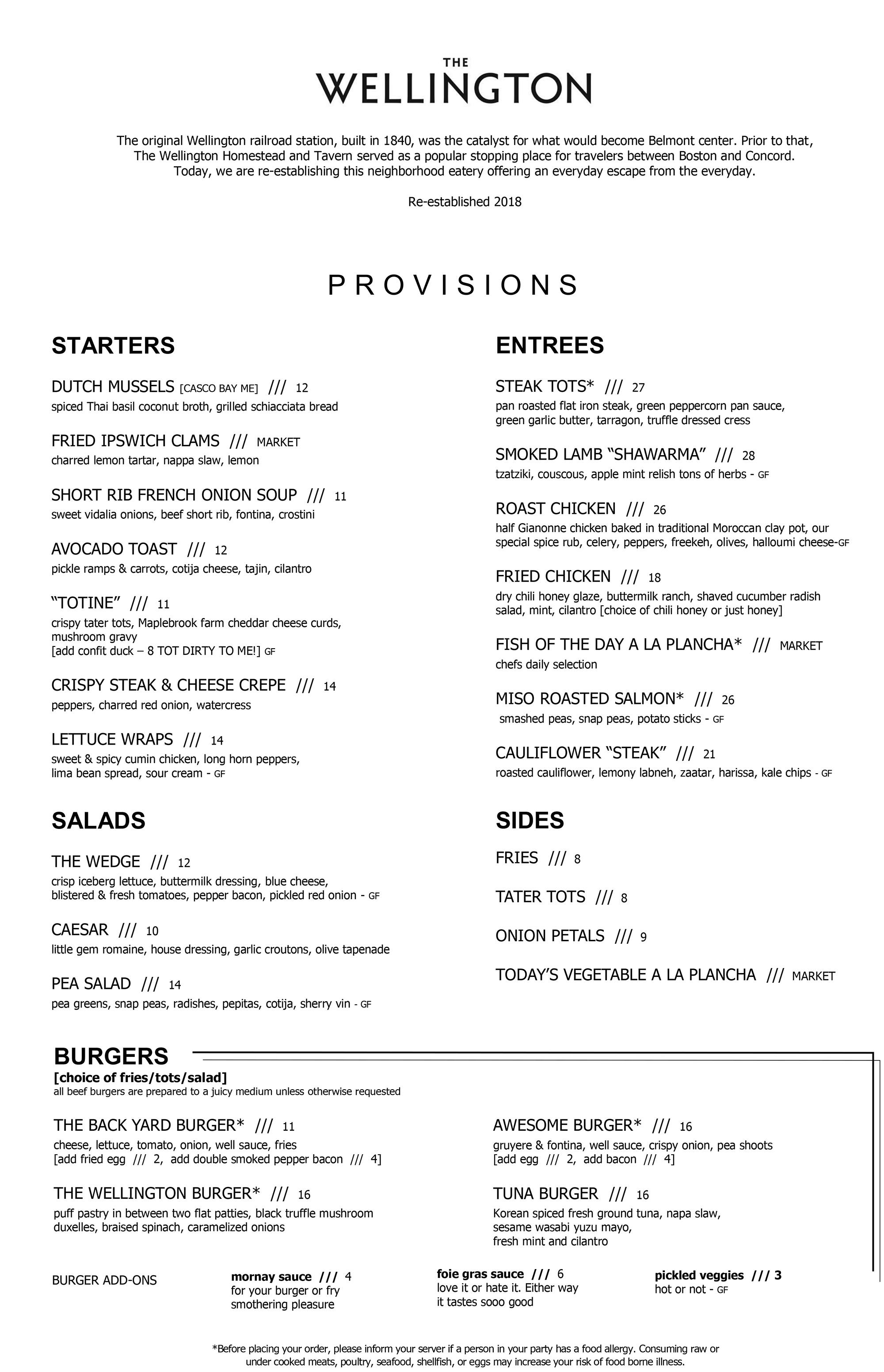 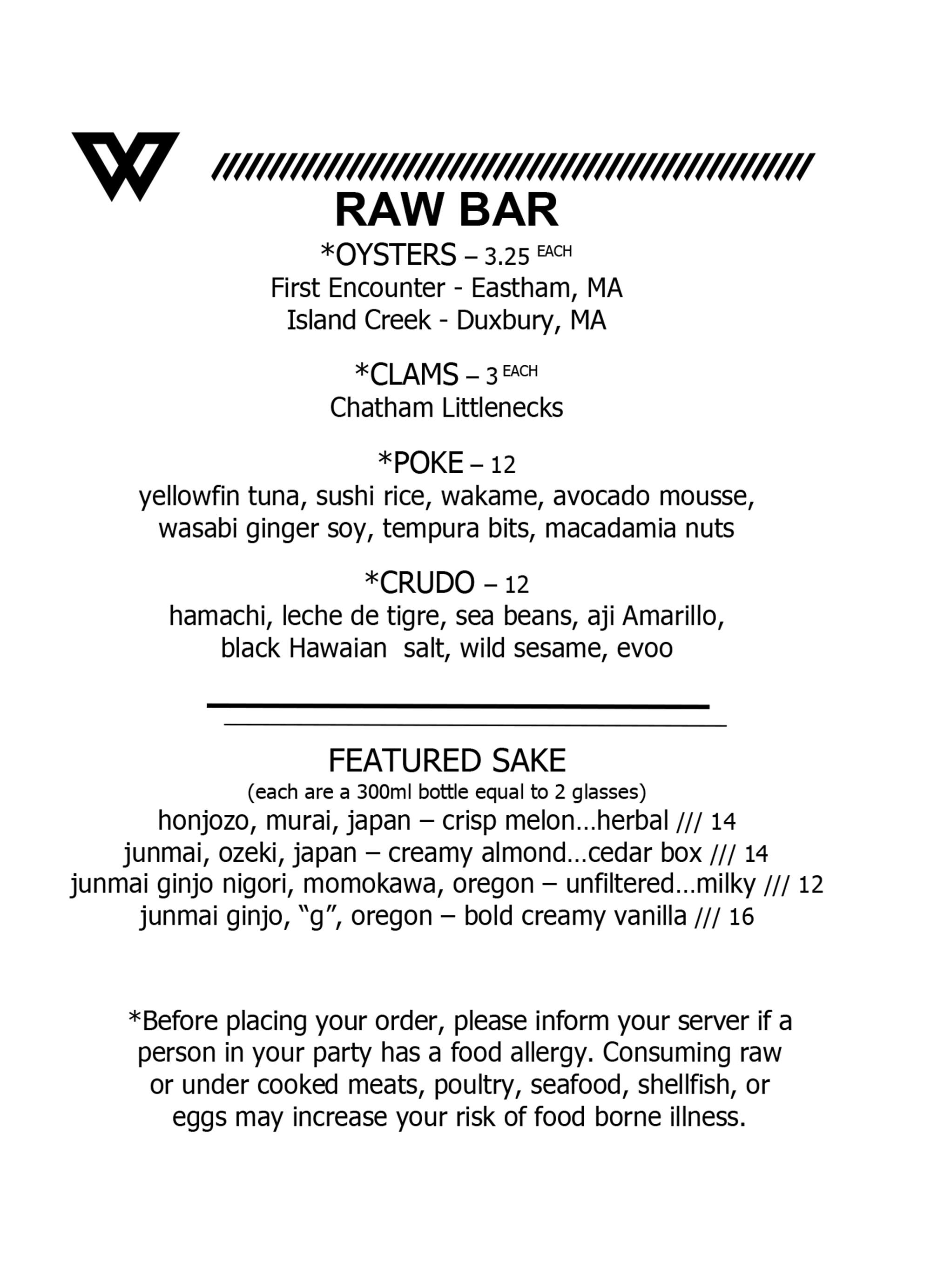 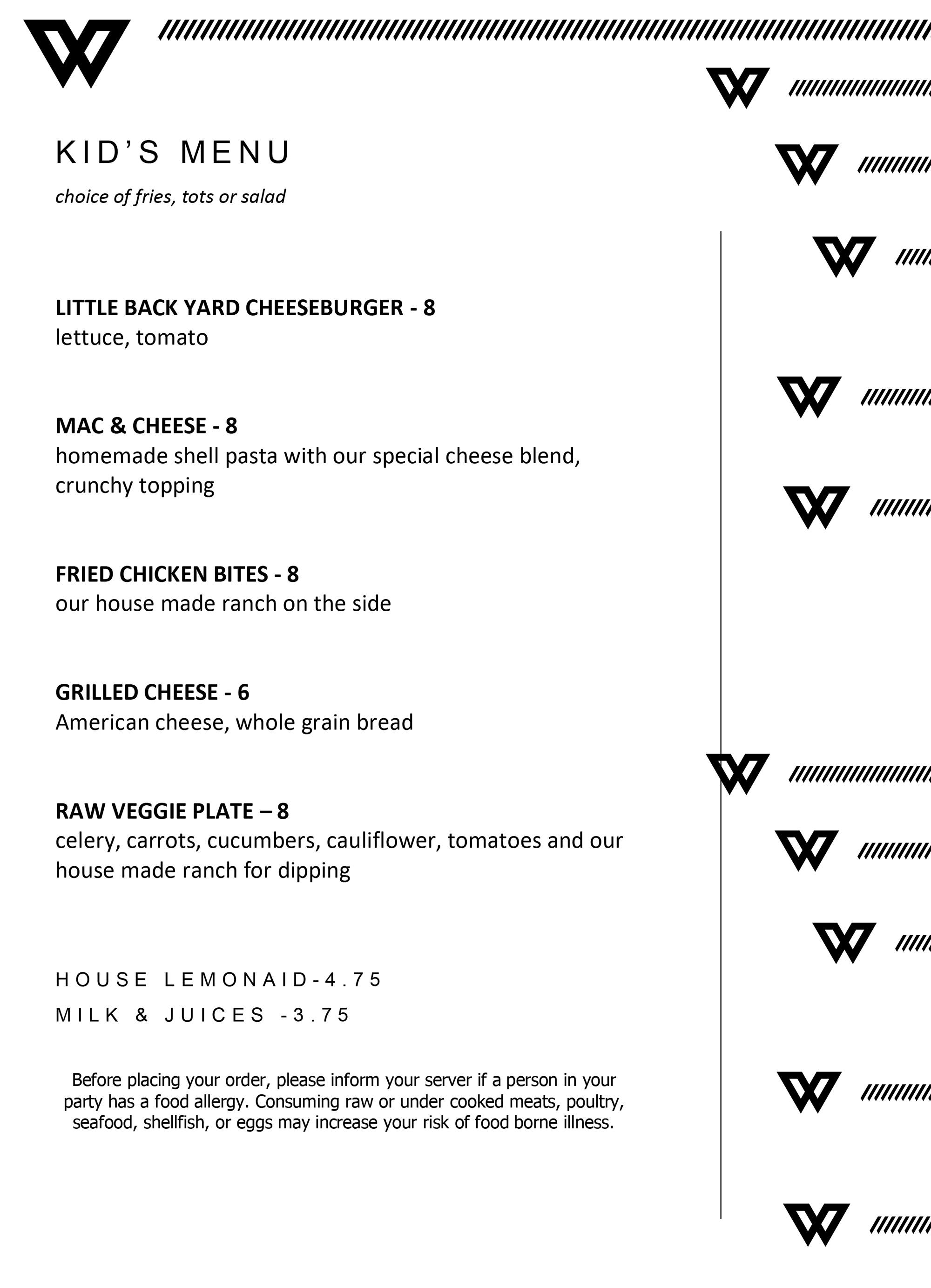 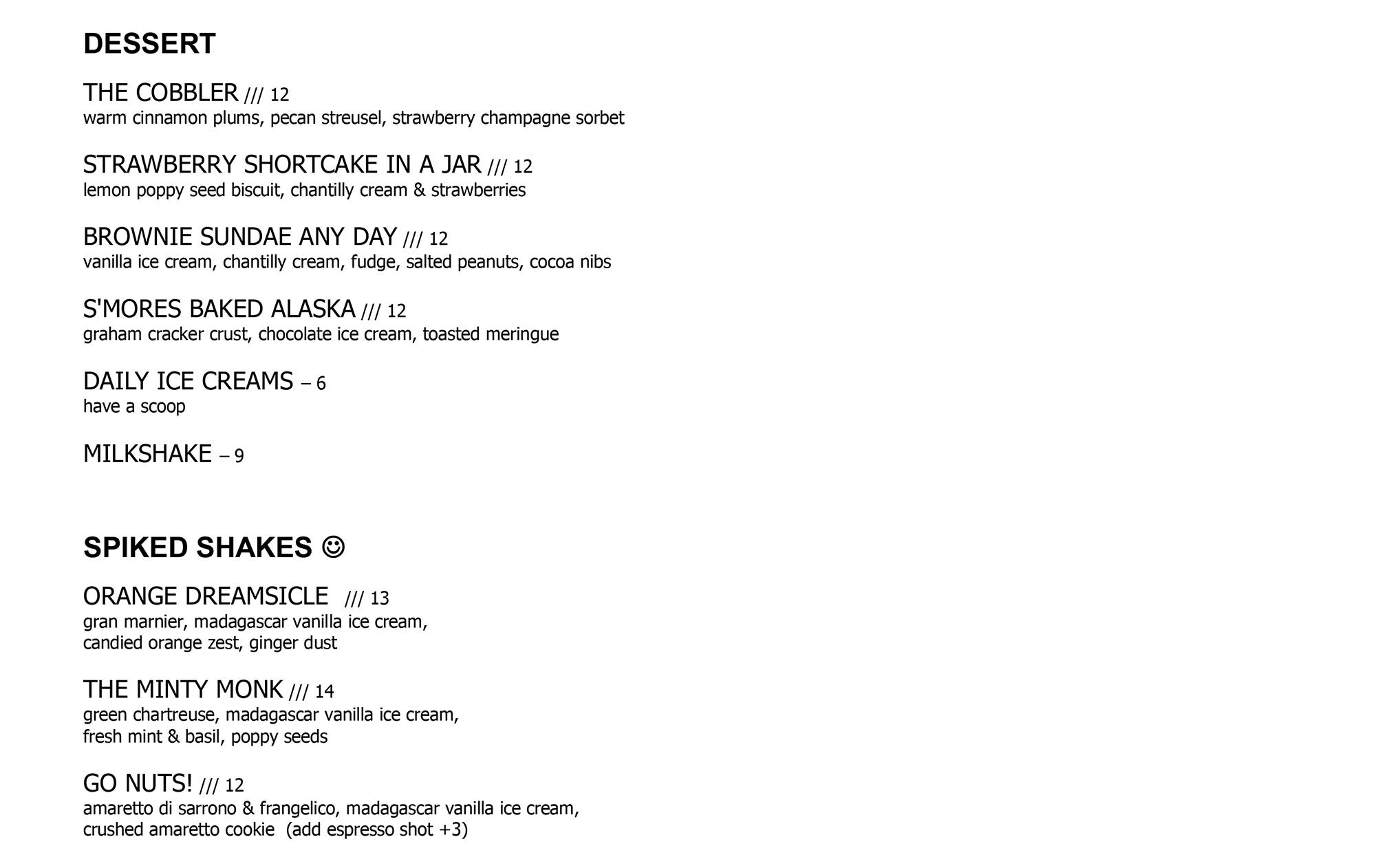 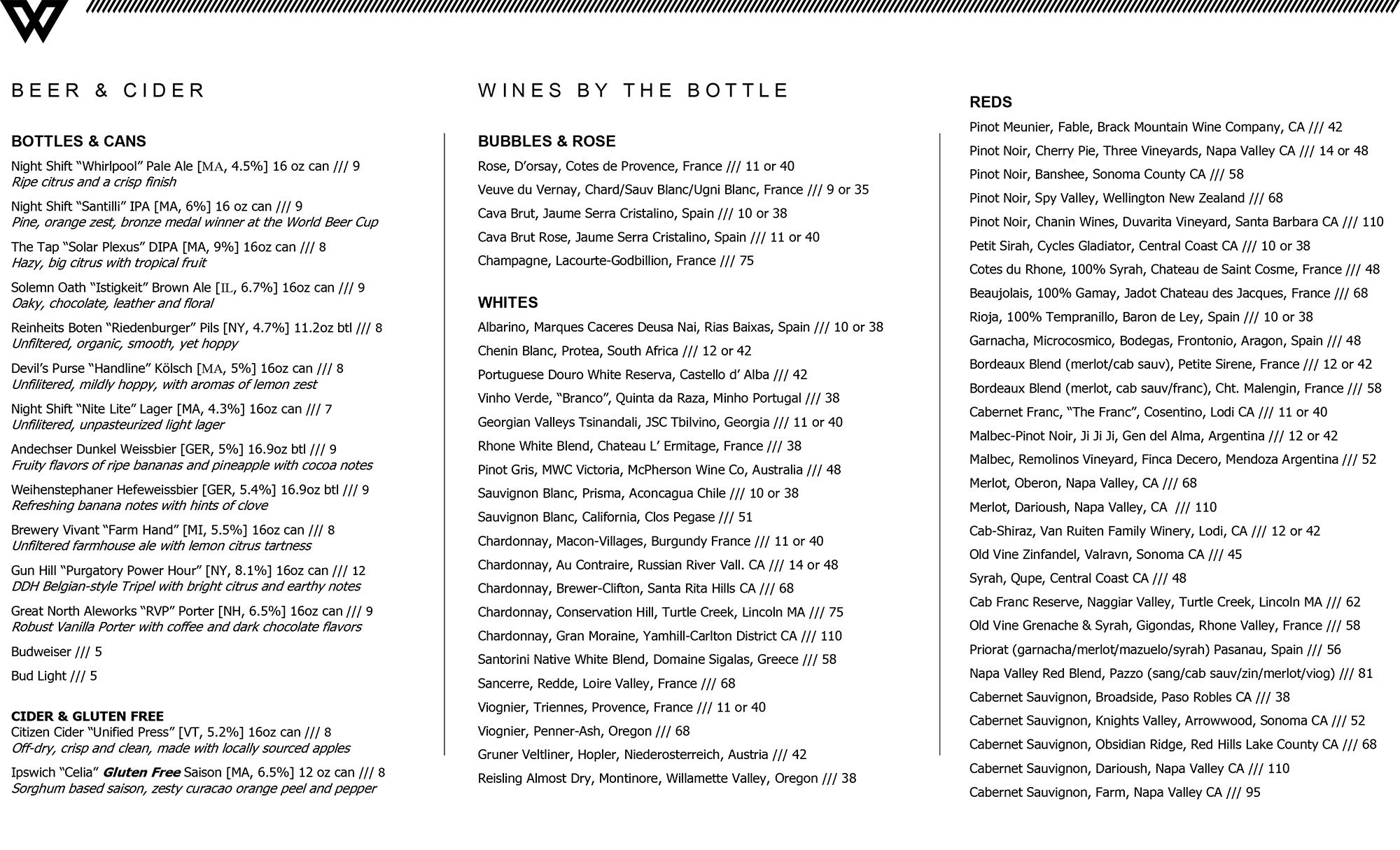 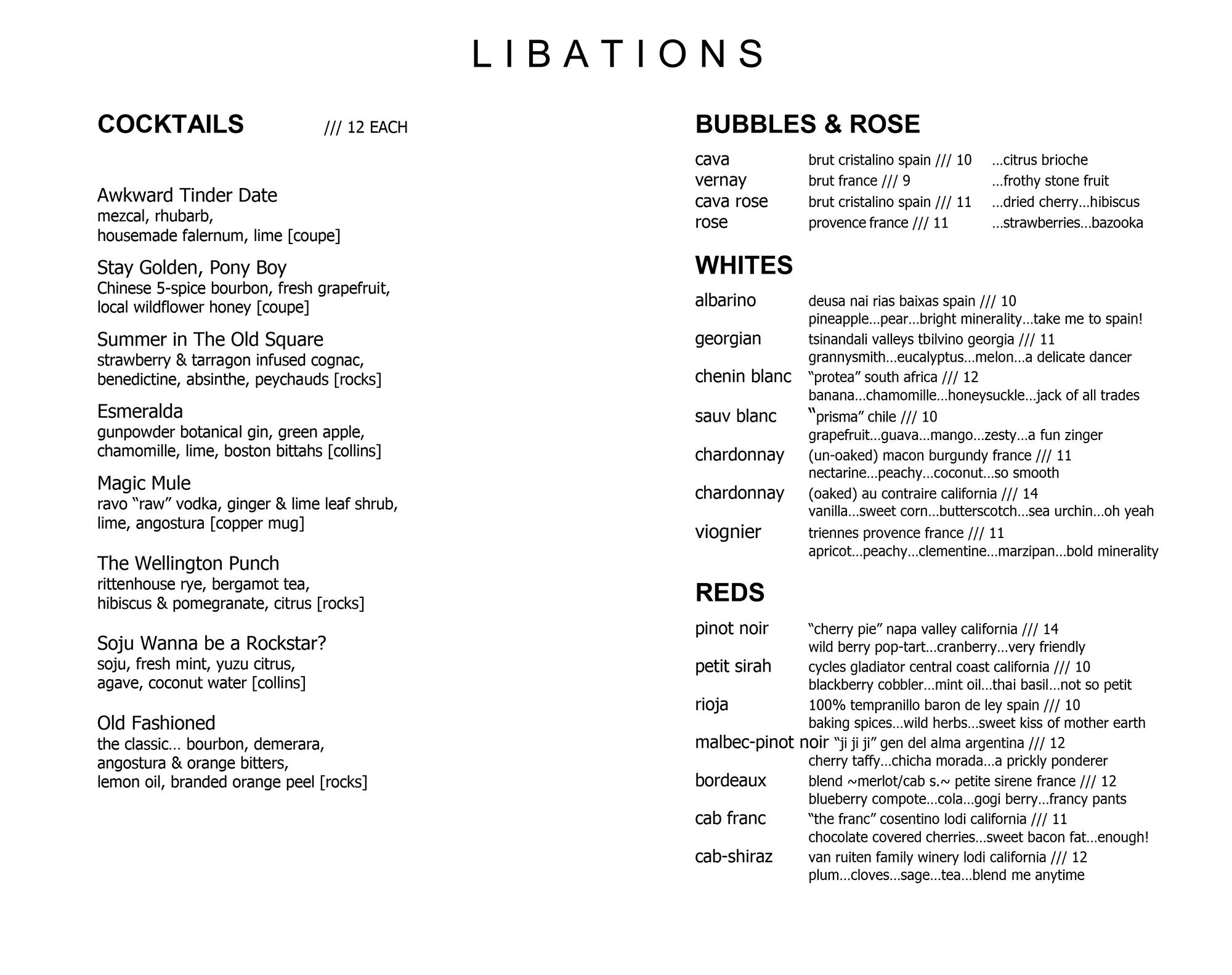 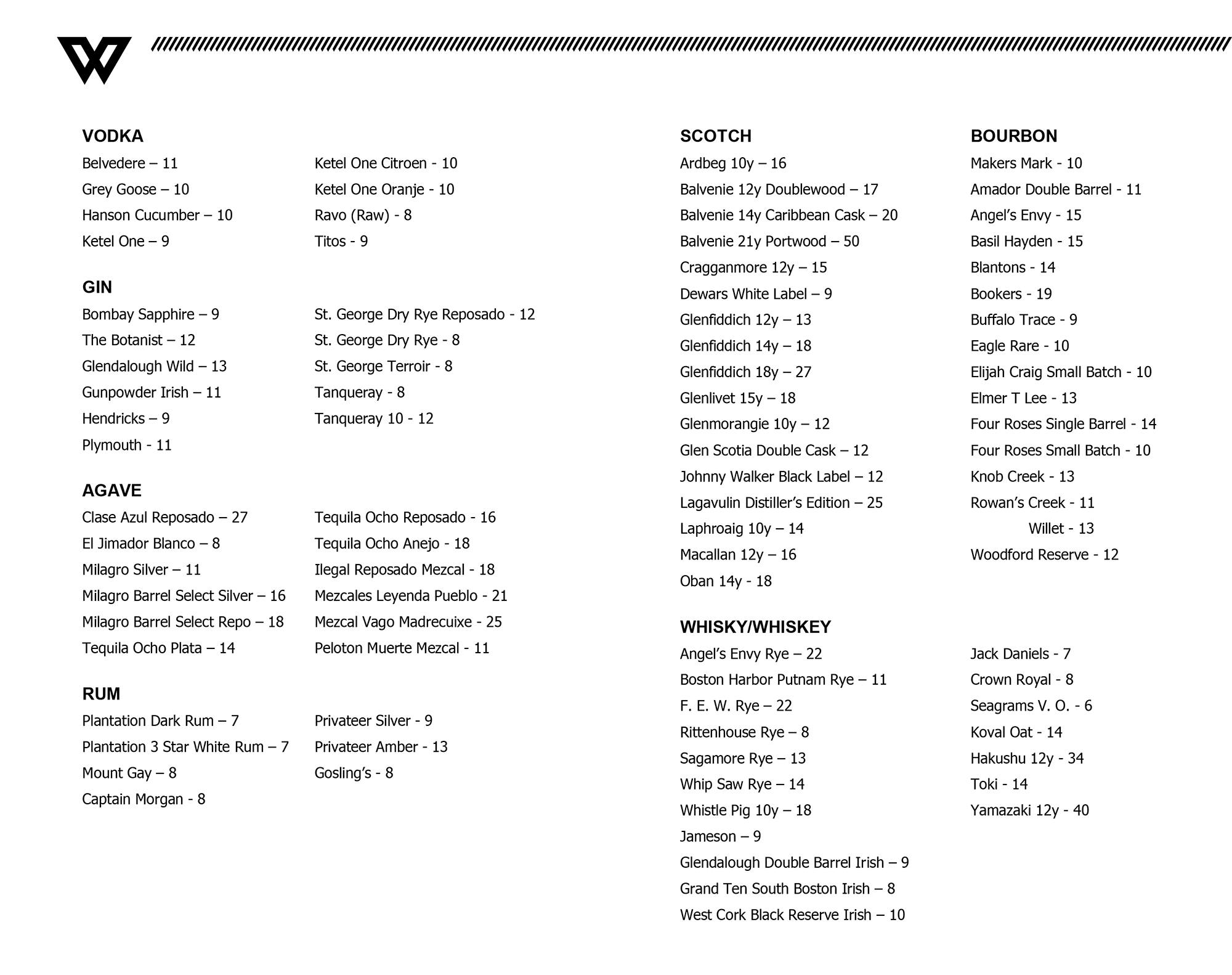