Redd’s In Rozzie Will Close in July 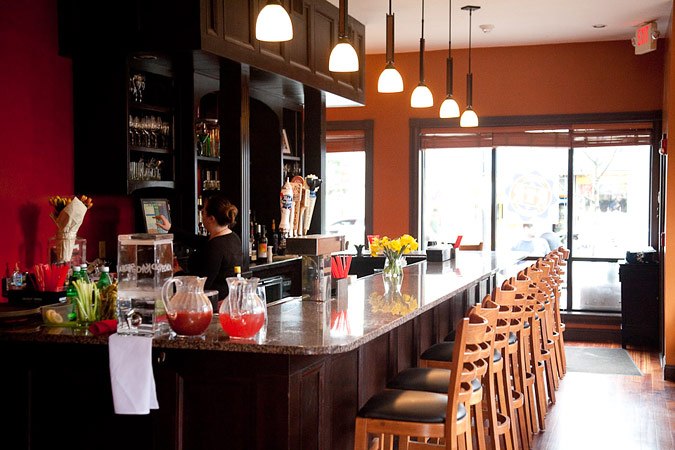 The bar at Redd’s in Rozzie. / Photo via reddsinrozzie.com

Liquor license reform, while sorely needed in Boston, is the reason a popular Roslindale Village restaurant is closing, according to its owner. Redd’s in Rozzie will close in July, chef-owner Charlie Redd announced this morning, because his “largest asset,” his liquor license, “is going to be devalued tremendously by a Boston City Council initiative… to flood Boston with free liquor licenses.”

In his open letter, Redd says that councilor-at-large Ayanna Pressley and Timothy McCarthy, a councilor representing precincts in Roslindale, Mattapan, Hyde Park, and Readville, are supporting a solution that “is popular politics meant to drum up image for the individual city councilors’ next political ambition, not change neighborhood licensing in a healthy manner.”

Earlier this year, Pressley proposed issuing 153 new, non-transferable licenses in the city over the next three years. These licenses would be returned to the city if a restaurant with one closed, instead of being resold on the open market. A full, unrestricted liquor license in Boston is valued in the open market at upwards of $350,000. Pressley successfully led an effort in 2014 to get 75 additional, restricted licenses for underserved neighborhoods in Boston.

Redd says he has already sold his liquor license to an operator outside of Roslindale Village. He does not say how much he invested in the license, nor how much he sold it for. Boston has reached out to Redd for more information.

“I consider Charlie a friend and I am disappointed that he has chosen to close,” McCarthy emailed around 11:20 a.m. “I do disagree with his assessment regarding the licensing issues, but I wish him all the best in future endeavors.”

Pressley’s office says she works “to create a level playing field for businesses across Boston.”

“When Councilor Pressley took office, Boston’s liquor license laws were outdated and the enormous cost of obtaining a license closed off opportunity for emerging restaurateurs and entrepreneurs in certain neighborhoods of our city,” a statement emailed at 1:30 p.m. reads. “That is why she has worked diligently and intentionally with her City Council and State House colleagues, two mayoral administrations, existing and aspiring restaurateurs, and community members to return licensing power to the City of Boston and ensure equitable access to licenses, in a manner that reflects increasing demand for walkable, sit-down amenities in all of our neighborhoods. Councilor Pressley’s focus will continue to be on sustainable economic development policies that create a level playing field for businesses across Boston and ensure an equity in opportunity to build community and to build wealth.”

“When I was sixteen and began working in kitchens I found a calling. When I moved to chef-owned restaurants I knew this was my goal,” he wrote in today’s announcement. “I began saving for this restaurant as a line cook in 2002. I fought harder then [sic] anyone I know to own it individually, run it to the best of my ability, and try to balance my standards while nurturing the team. I don’t want to close this popular, profitable, special little neighborhood restaurant, but the City of Boston is not giving me another option.”

Redd goes on to thank many friends and guests of Redd’s in Rozzie. “This village has truly raised and carried this place in so many ways,” he wrote. “Until we close our doors, every day should be a celebration of that time, like any good funeral. A party. I look forward to running Redd’s in Rozzie into July for another month with our complete focus on making your last experiences with us the best you ever had.”

Last month, Redd shared on Instagram a sneak peek at what might be next for him. Along with chef Keenan Langlois (formerly of the Sinclair Kitchen, and opening executive chef at Publico), Redd appears to be embarking on a summer pop-up called Dragon Pizza at the former Cristo’s Pizza shop on Elm Street in Davis Square, Somerville. Stay tuned for more information.