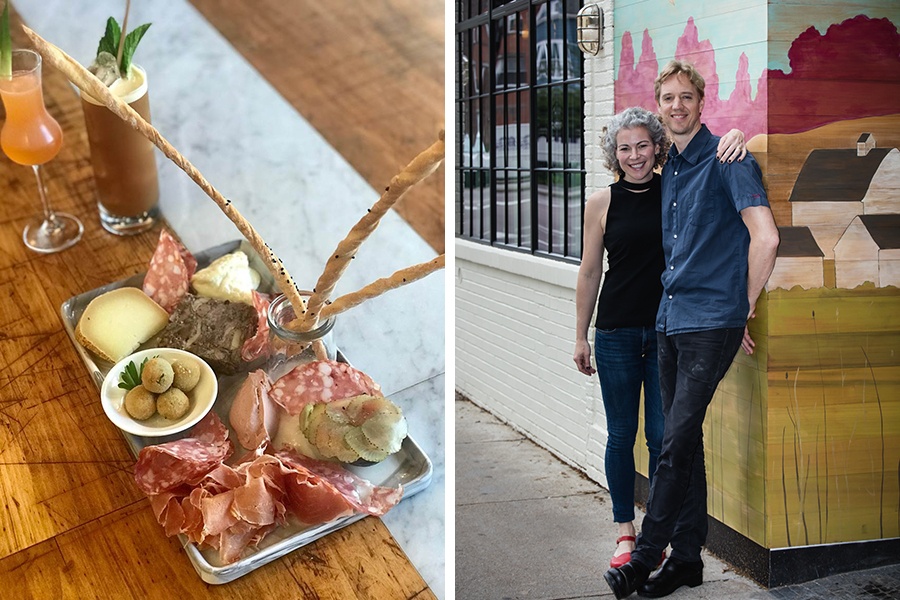 Make the most of today’s 15 hours, 17 minutes, and 2 seconds of daylight with some post-work, pre-dinner snacks and drinks at Pammy’s. The sunny Cambridge restaurant and natural wine bar now opens an hour earlier, at 4:30 p.m., beginning today—the summer solstice. The new Apertivo Hour menu features a rotating selection of chef Chris Willis’ crudo, bruschetta, and antipasti della casa, paired with riffs on Italian-style day drinks. Bar manager Josh Cole has a new menu of low-octane cocktails such as “an invigorating crusher” called All Choked Up (Cynar and blood orange-Campari soda), and Fernettaboutit, with Frenet Branca, lime, ginger, and mint. Wine director Lauren Hayes, whose list at Pammy’s is 100 percent natural wines, will also open up a rotating pétillant-naturel every evening. The original sparkling wine, pét-nat styles are bottle-fermented, light, funky, fun, and generally lower in alcohol than other wines, making them a perfect start to a long and leisurely summer night. 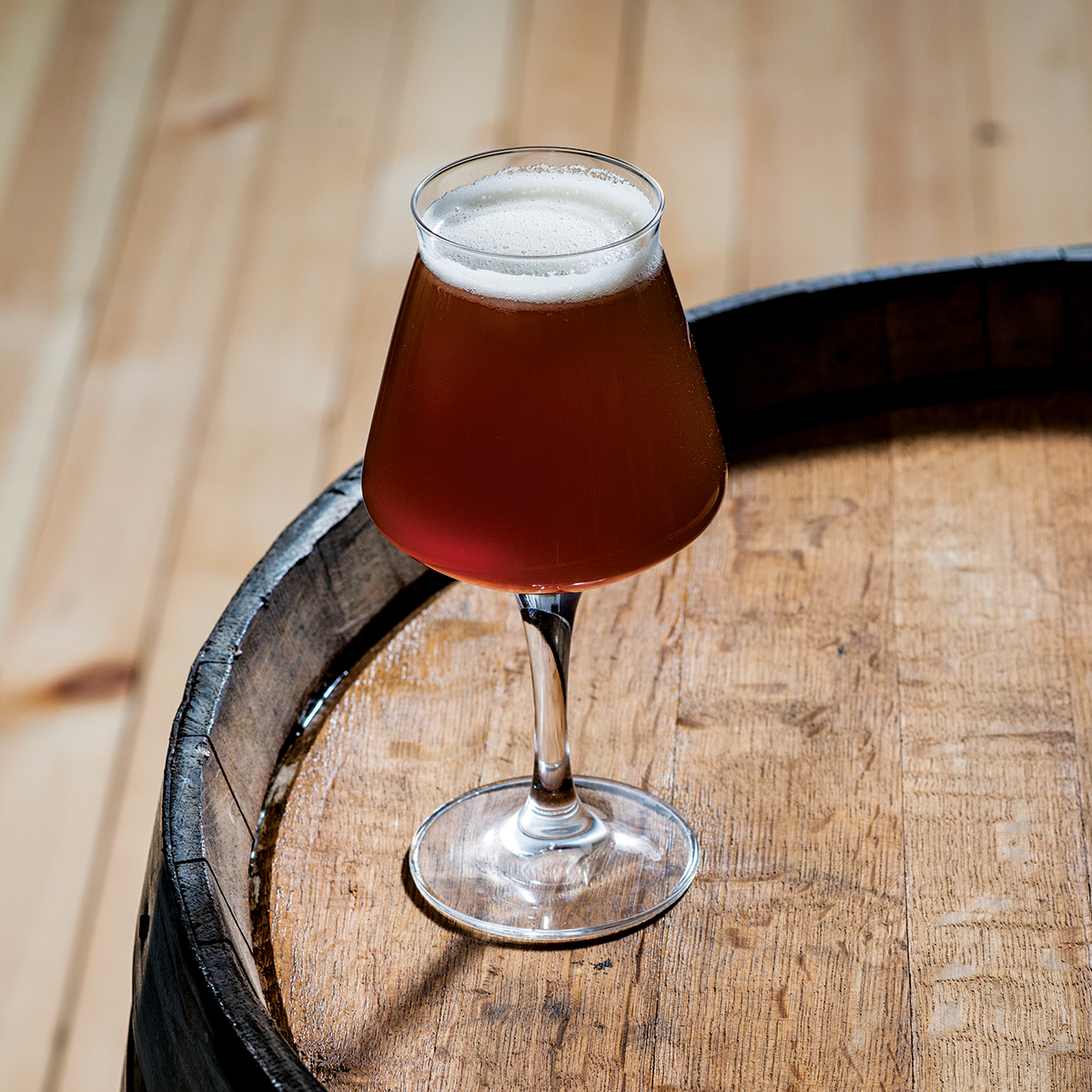 BeerAdvocate’s annual celebration of historic, funky, and inspired ales from Belgium returns to the Cyclorama this weekend, and as is customary, even beer lovers who don’t have tickets can get in on the fun. Belgian-ish tap takeovers abound this weekend, from a kickoff party tonight at Deep Ellum featuring “an epic lineup of beers and people” from California’s Belgian-inspired brewery, the Lost Abbey; to an after-party Friday night at the Salty Pig with funky brews from the likes of Idle Hands, Honest Weight, Brewery Vivant and more; and a wrap-up “blues and brews” brunch Sunday morning at Townsman. “Without Belgian beer and its influence, many brewers wouldn’t have been inspired to brew the so-called farmhouse, funky, sour, and strong beers that we enjoy today,” BeerAdvocate cofounder Todd Alström said in a press release. There are still tickets available for both Belgian Beer Fest sessions on Saturday. 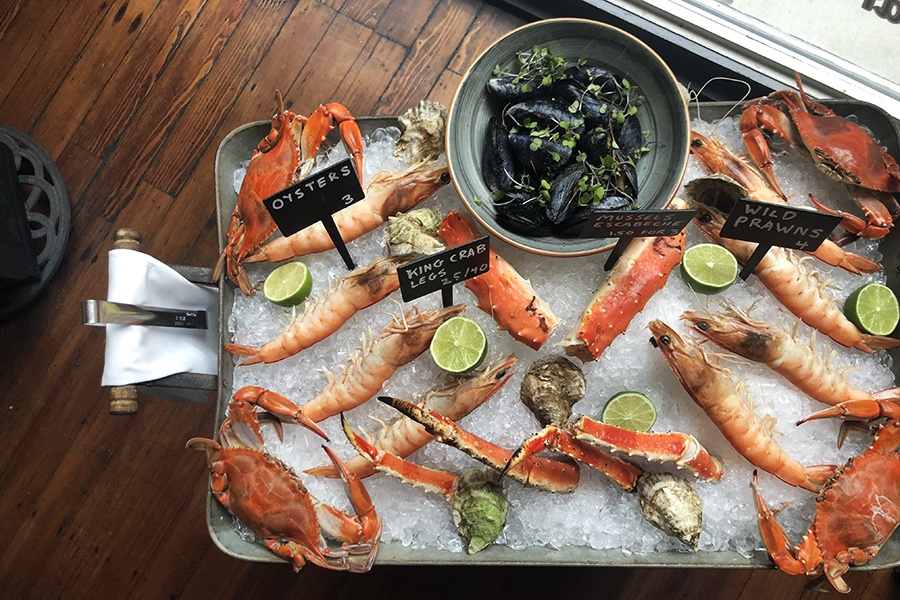 The raw bar has gone mobile at Troquet on South. / Photo by Matt Marini

Already home to a cart loaded with 10 different cheeses, and one with sparkling wines on ice, Troquet on South has rolled out another roving menu. The freshest catches of the day land on the new raw bar cart, available nightly in the dining room from 5-10 p.m. So far, it has featured mussels escabeche at three for $1.50, $3 East Coast oysters and $1.50 clams on the half-shell, Alaskan snow crab legs, priced by size starting at $25; and more. Check it out during your next dinner at the bigger, boozier version of Chris Campbell and chef Scott Herbert’s brasserie. 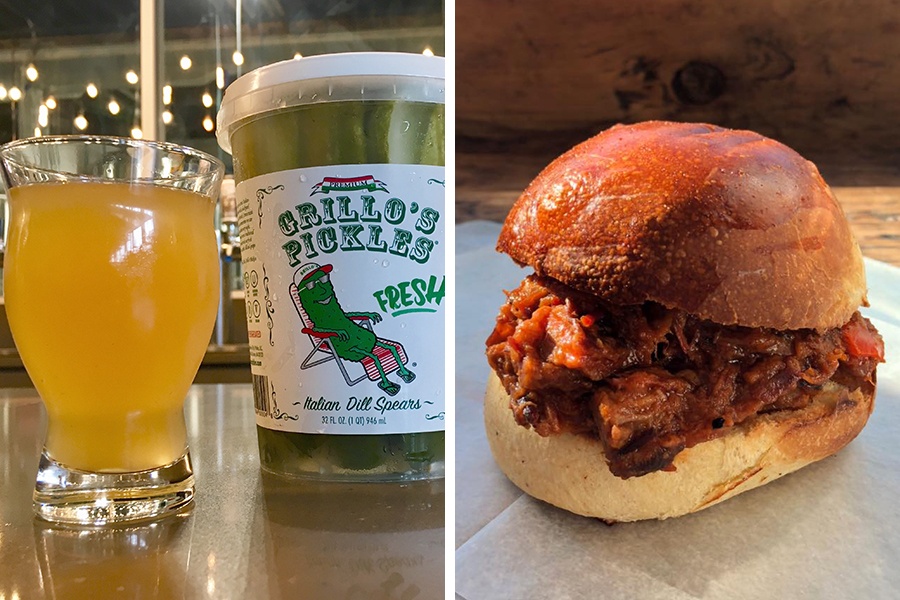 A Brisket Doughnut Sandwich and a Spicy Dill Pickle Beer

And maybe some Tums. In any case, find a unique meal at the Down the Road Beer Co. taproom on Saturday, during a barbecue brisket pop-up with Union Square Donuts. The culinarians behind the Somerville bakeshop started experimenting with hardwood-smoked brisket, crunchy slaw, and barbecue sauces earlier this year, and it’s turned into a semi-regular pop-up around the city. The latest one at the Everett taproom begins at 1 p.m. on Saturday and lasts as long as the brisket does. Down the Road is also sponsoring a beer garden at this weekend’s nearly-sold-out Boston Pickle Fair, and for that event, founder and head brewer Donovan Bailey collaborated with Grillo’s Pickles on a spicy, dill pickle sour ale called Sam-Sam the Pickle Man. Find it at the fest if you go, and on draft and in cans to-go from Down the Road beginning at 11 a.m. on Saturday. If a spicy pickle sour beer is not your thing, fret not—the taproom promises at least a dozen other options on draft, as well. 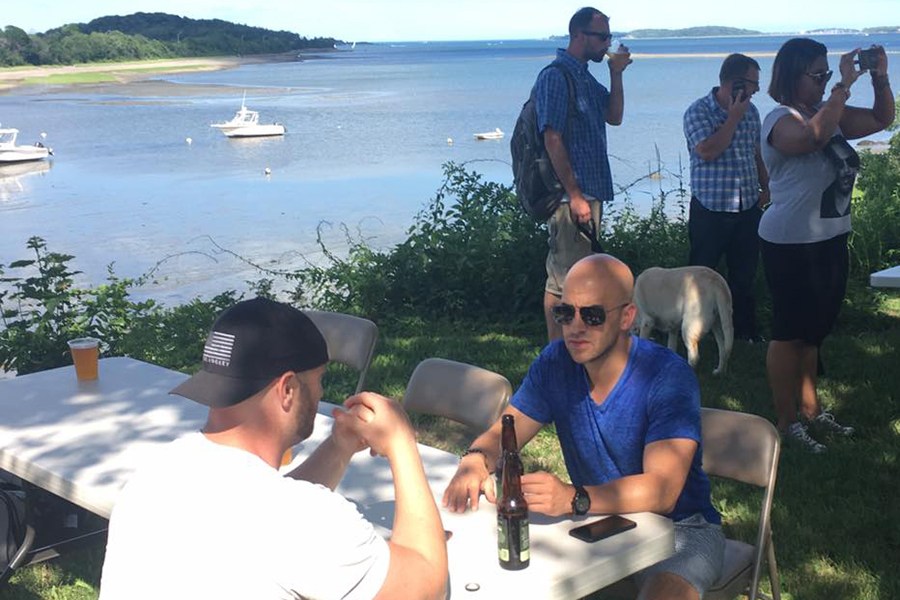 The third annual PorchFest Quincy will have more than 200 musicians setting up on porches around the Wollaston Hill, Squantum, and Merrymount neighborhoods this Saturday, and it will also have two open-air beer gardens. Tapped Beer Truck is parking beachside on Bayside Road with a lineup of South Shore craft brews from the likes of Barrel House Z, Untold, and Widowmaker breweries, alongside the Moyzilla food truck. The beer will also flow on Samoset Avenue.