The Boston-based dining collective introduced a new passport program with a $50 gift card on the line for anyone who completes the challenge. 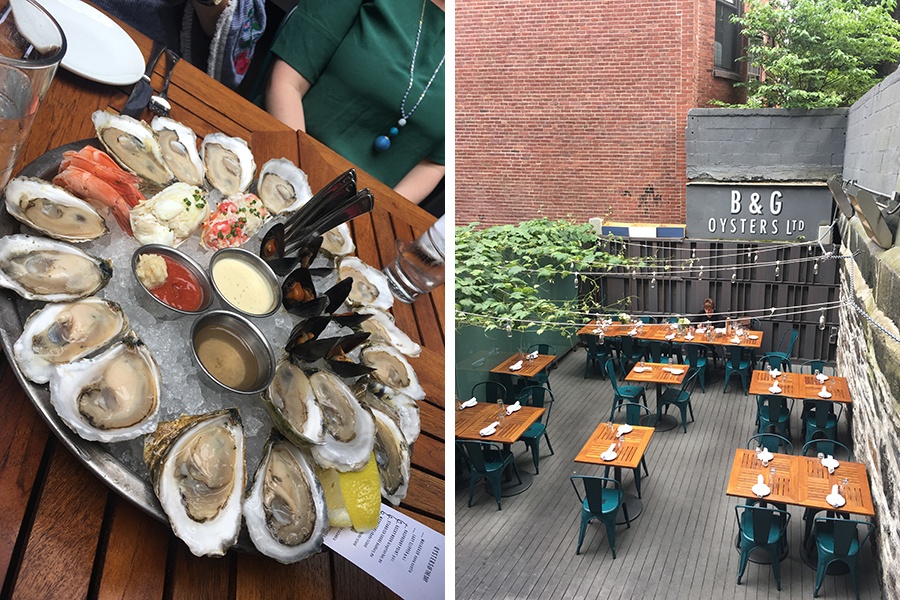 It was the last few bites of the beefy, tangy, Big Mac-style Drink burger that really put me over the edge last week.

It was stop No. 7 of a seven-stop tour of all of chef Barbara Lynch’s Boston restaurants. Over the past several hours, I had already consumed likely more than a day’s worth of calories: Starting with a bowl of of-the-moment ricotta gnudi with spring peas, mushrooms, and garlic scapes at Stir, we then moved on to the B&G Oysters patio for a healthy sampling of fresh oysters, King crab, and smoked mussels; then New England Charcuterie, imported cheeses, and house-made terrines at the Butcher Shop.

After a short Uber ride, it was a couple of fluffy prune gnocchi at No. 9 Park. Then another drive to Fort Point for a sip of strawberry gazpacho, vadouvan-spiced King Crab tartare, and grilled duck breast with arugula pesto at Menton; a full serving of the classic tagliatelle bolognese at Sportello; and a few spicy deviled eggs and slices of goat cheese and asparagus crostini at Drink. That was all before the burgers came out—not to mention the requisite glasses of house wines, rum punch, and even a gin cocktail along the way.

So it makes sense that I was full. But indigestion aside, I had no regrets after this whirlwind tour: It was a great reminder of everything going on in the 20-year-old empire by award-winning chef Barbara Lynch.

Since she first opened No. 9 Park in 1998, overlooking the State House on Boston Common, the South Boston native has expanded her hometown business group into the South End and Fort Point. The Butcher Shop and B&G Oysters are right next to each other on Tremont Street, with Stir around the corner; while Menton, Sportello, and Drink share a kitchen on Congress Street.

Over the past year, the team behind all these restaurants had noticed that guests—even some regular diners—didn’t necessarily know about all the related concepts. Not everyone knew that the same, James Beard Award-winning local is behind them all, either, says communications director Kate Gardiner.

The latest initiative is a fun, new “passport” experience that rewards diners who visit all seven of Barbara Lynch’s restaurants. Pick up the free passport beginning today at any Barbara Lynch Collective restaurant, and complete the suggested dining itinerary between Thursday, July 5, and Sunday, Sept. 2, to redeem a $50 gift card good at any Barbara Lynch property.

My visit last week was a behind-the-scenes look at the new series—and proof that it’s humanly possible to visit every single spot in one night. The menu for the media preview highlighted the experiences each Barbara Lynch restaurant is known for—the “shorty stack” raw bar at B&G, the signature dish done as a bite-sized spoonful at No. 9 Park; rum punch and snacks at Drink.

The passport that’s now available to the public features some of those same experiences, and also shows what’s new. While a passport-holder can be signed off for any type of visit they have to one of the restaurants this summer, the suggested way to check out Menton, for example, is through its relatively new weekday lunch. (Pro tip: Menton’s six-seat Gold Bar is also open nightly for walk-in tasting menu and a la carte dining.)

“With the perception that Menton is a special occasion restaurant, we’re looking to spread the word that we’re open for lunch, too,” Gardiner says. “It’s an accessible entry point in the restaurant.”

The other passport stops include happy hour at the Butcher Shop, an afternoon tour of the teaching kitchen and cookbook library at Stir, and a snack of steak tartare and a seasonal cocktail at the No. 9 Park bar.

“It’s ambitious, and it’s super fun for those who are up for the challenge,” Gardiner says.

The passports are available throughout the Barbara Lynch Collective, and are valid through September 2, 2018. 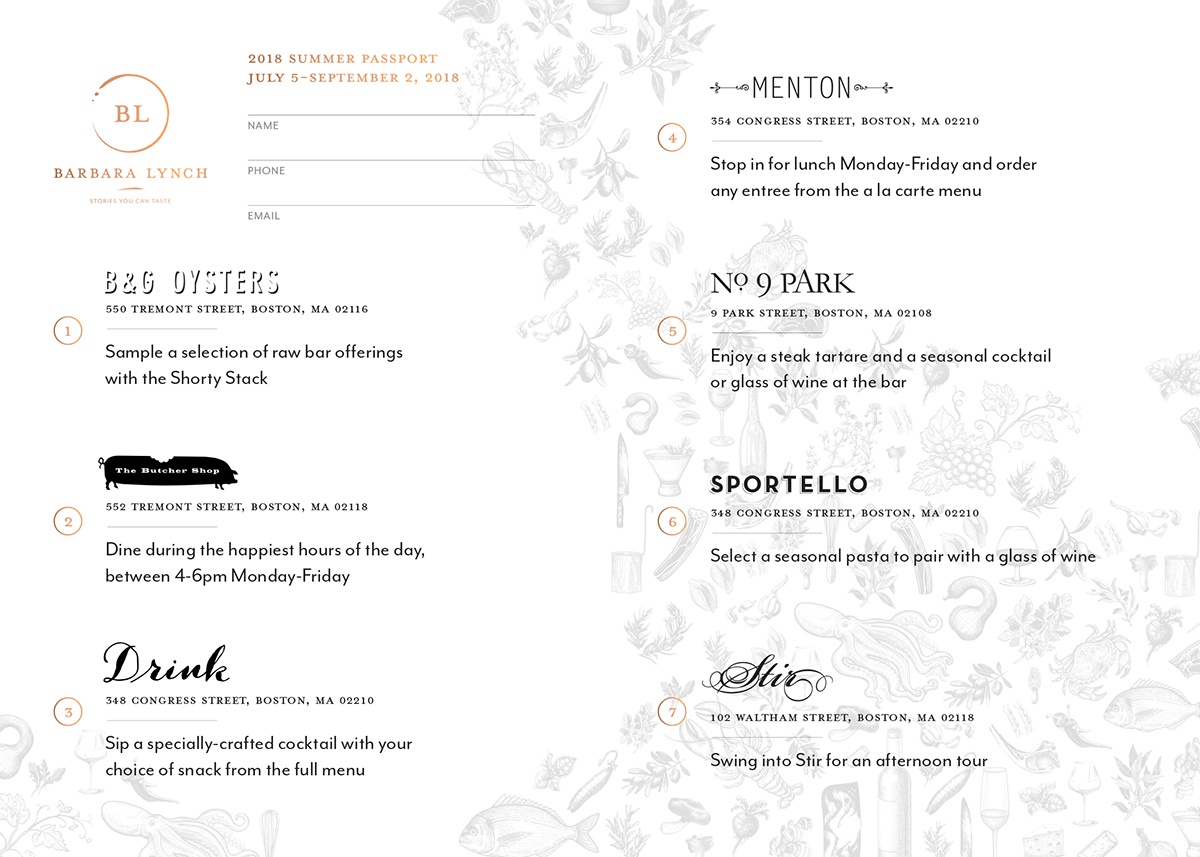 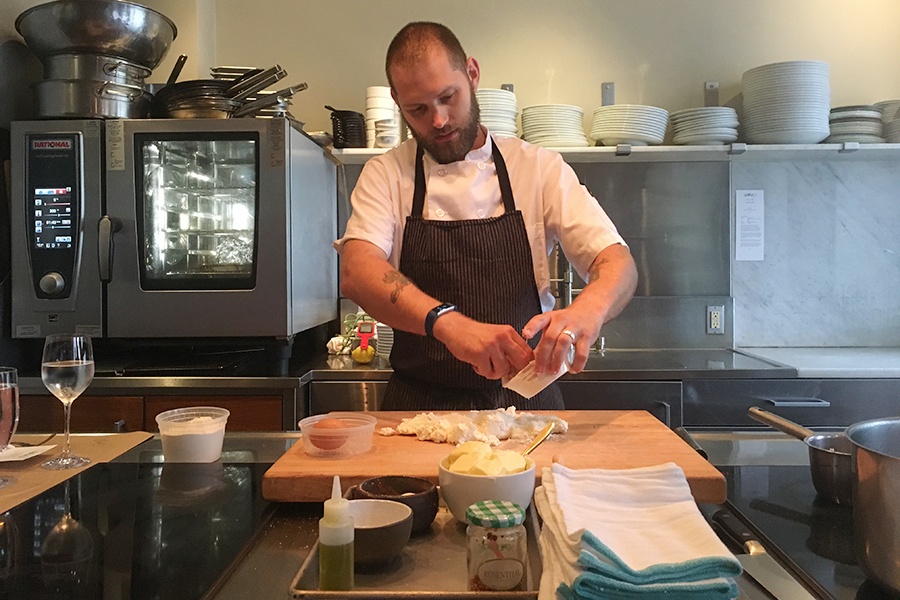 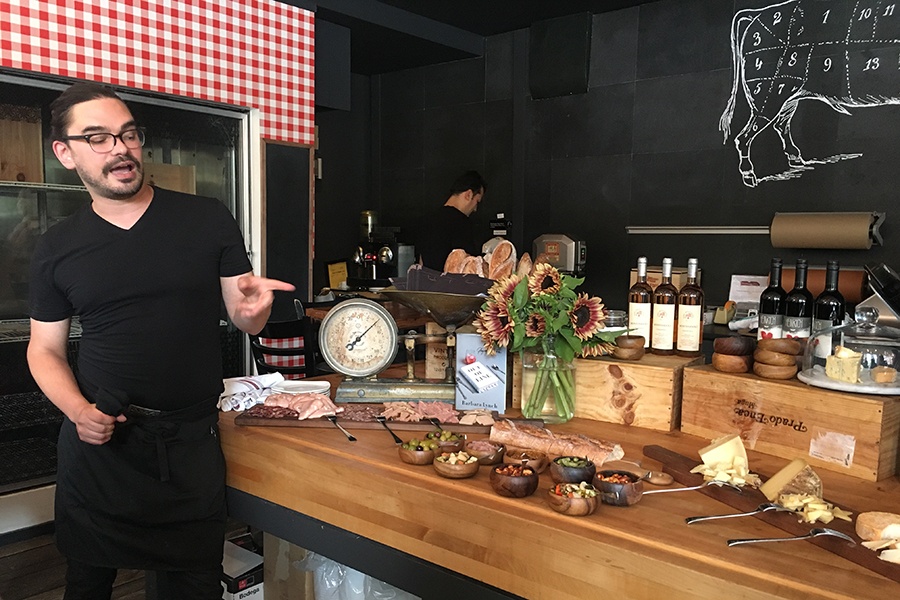 Matt Granahan, a longtime server at the Butcher Shop, describes a spread of charcuterie during a recent happy hour. / Photo by Jacqueline Cain 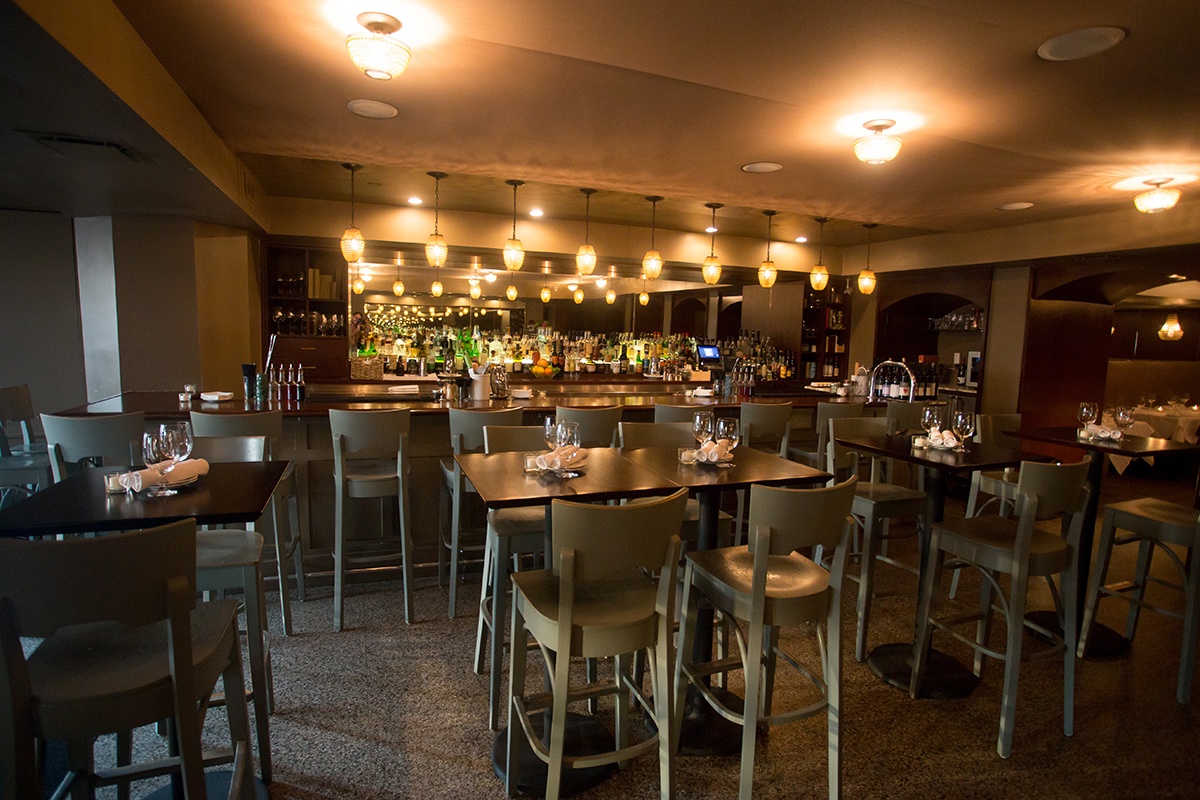 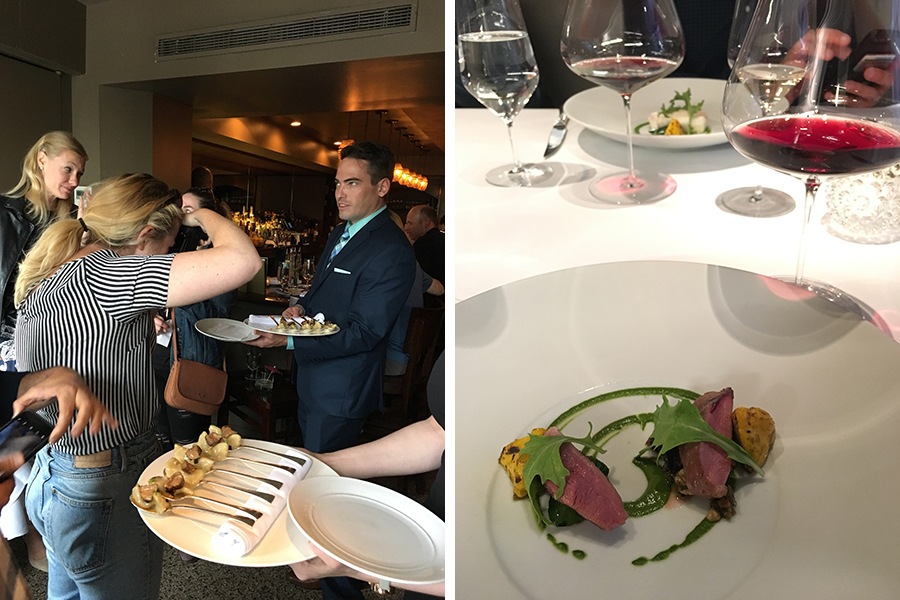 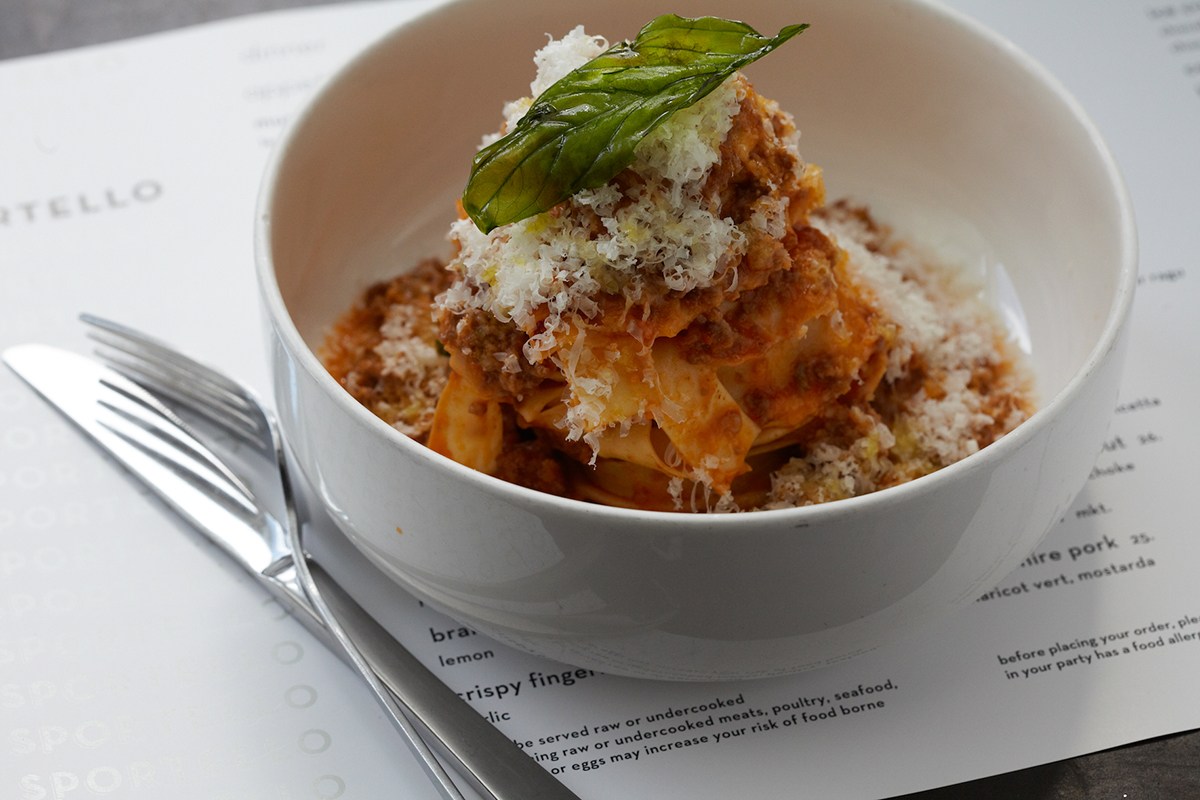 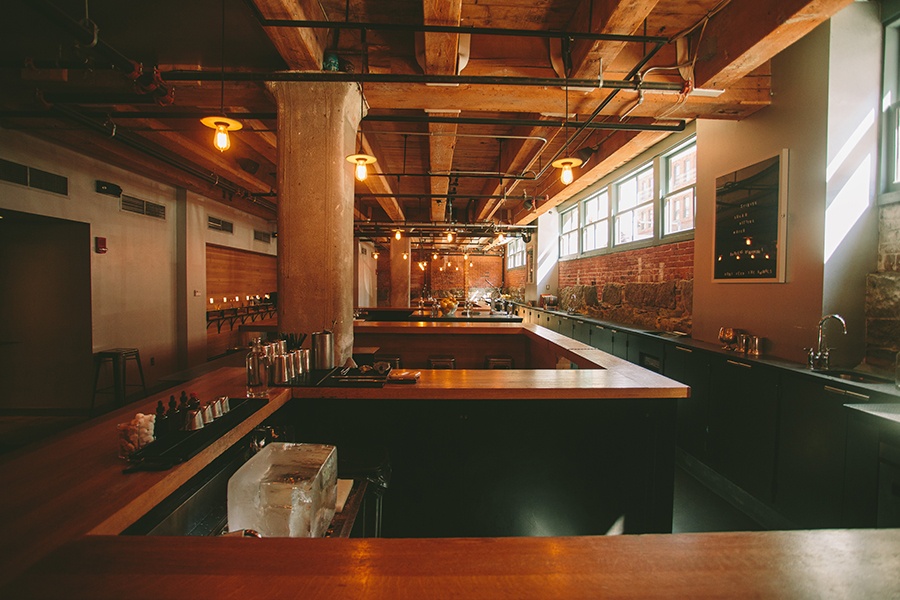