Chef and pitmaster Andy Husbands debuted the barbecue restaurant at Assembly Row over the weekend. 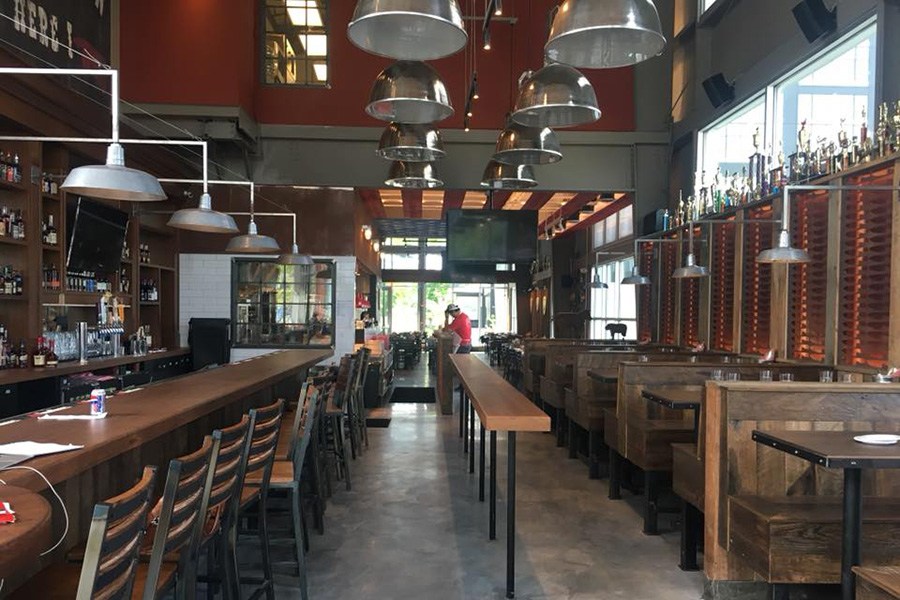 Just in time to host a Fourth of July barbecue of epic proportions, the Smoke Shop BBQ is now open in Somerville. The third location of chef Andy Husbands’ slow-smoked brand officially debuted Sunday, July 1, at Assembly Row. Along with sister spots in Kendall Square and Fort Point, the Smoke Shop BBQ is open every day this week, including Independence Day.

The newest outpost of the Smoke Shop has a few additions to the menu, Eater Boston reports: Rotisserie barbecue chicken, pork belly burnt ends and pickled peaches, and a bar snack of barbecue spiced peanuts. While the Seaport location is home to soft serve sundaes, Assembly Row has an exclusive dessert in the form of individual cups of Mississippi mud pie. The bar is slinging a frozen Alabama slammer made with Southern Comfort this summer, and also a frosé sangria. It’s also stocked with the Boston area’s most comprehensive whiskey lineup.

Husbands’ beef brisket, pork ribs, agave-glazed wings, Texas-style hot links, and vegetarian-friendly smoked tofu populate the mix-and-match trays and baskets, along with cult-favorite cornbread, bacon collards, pimento mac and cheese, and other pit-friendly sides. Eater reports the space is decked out in accolades Husbands and the Smoke Shop team have received for their ’cue since the first Smoke Shop opened in 2016—and that likely includes a fresh, 2018 Best of Boston Barbecue award.

The restaurant, built from the studs up in the new, mixed-use neighborhood located on the Orange Line, has a 120-seat main dining room, 30-seat private dining room, and 30-seat bar, plus 40 seats outside in the front, and 20 seats outside in back. The Smoke Shop is open daily from 11 a.m.-1 a.m. at Assembly Row, with dinner on nightly until 11 p.m.

The Smoke Shop is among the pros participating in Boston magazine’s annual barbecue festival, the Cue, coming up on August 14 at the Cruiseport. Coincidentally, general admission tickets are 50 percent today only, while supplies last, with promo code FLASH18. See you there!