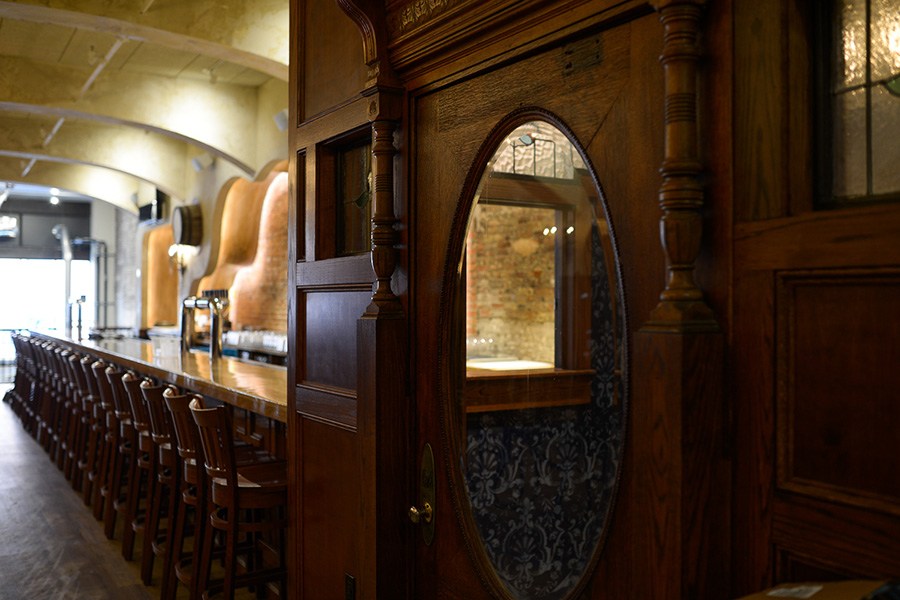 Democracy is thriving in Downtown Crossing: Democracy Brewing, a worker-owned pub and neighborhood brewery, is opening its Temple Place doors to the public on Wednesday, July 4.

A startup by economic justice organizer James Razsa and veteran brewer Jason Taggart (John Harvard’s, Dorchester Brewing), Democracy is looking to serve the Boston community with fresh beer and locally sourced pub fare—and livable wages. The business model gives every employee (48 so far) a $15 starting wage, the opportunity to buy an ownership share after their first year, and the responsibility of holding the board of directors accountable for the brewpub’s success. Despite getting venture capital investment offers, in order to keep it independent the million-dollar buildout of the former Windsor Button store was funded by a mix of crowdfunding, community development loans, and a direct public offering of shares.

“Looking at it from a corporate perspective, a board is more focused on making money, whereas in our instance with the workers owning the business, we have to focus on making a living wage,” Taggart previously told Boston. “This isn’t something we’re looking to get rich by. With those guidelines, we can look for the right way to do things.”

For the right way to outfit a pub, Razsa and Taggart looked toward Europe. The 3,600-square foot barroom has communal tables like a German beer hall, and a cozy, 10-person snug—a Victorian-style dining enclave at the far end of the bar—that wouldn’t be out of place in Ireland or Scotland. The 85-seating dining room also has high, built-in banquettes along the far wall, opposite the 40-foot bar; and more traditional tables in a pocket at the front of the building with accordion-style, floor-to-ceiling windows that will open onto Temple Place.

Boston artist Mark Grundig painted the mural of Lady Liberty hoisting a mug of beer, and did the stenciling inside the snug and a textural glazing technique on dark red walls. A separate, 48-seat room off the main dining area has its own bar, and a wall-mounted projector screen. Expect to see World Cup matches showing in there this month, when it’s not in use by private parties. Democracy Brewing plans to host various events, from community meetings to documentary screenings to beer dinners, as well.

Courtney Bolinger, an alum of Legal Sea Foods and more area restaurants, is general manager. Ben Waxler is at the helm in the kitchen, a former head chef of the Haven and cook at spots including Ten Tables and La Morra. The menu of seasonal salads and entrées, hand pies, house-made bagel pizzas, burgers and sandwiches, and desserts, like a deep-fried Fluffernutter with jelly ice cream, is served until 10 p.m., with streamlined offerings available until midnight.

Democracy’s 10-barrel brewhouse is located in the basement, and is partially visible from the main level and through the windows from Temple Place. With two, 20-barrel fermentors, Taggart has the ability to eventually ramp up production to allow for self-distribution of kegs to local bars, but there aren’t plans to get into package stores. Democracy is aiming to brew beer for the local community, he says.

To start, that includes the flagship light ale Worker’s Pint; a hop-forward, 5.5-percent pale ale called Suffragette; Fighting 54th saison; the Consummate Rioter IPA; and a full-flavored oatmeal stout called 1919 Strike Stout. Seasonals and experimental beers will rotate in, with 8-10 typically on offer. Democracy also plans to offer 32-ounce crowler cans to go. Democracy’s licensing currently allows for house-brewed beers only, but Taggart hopes to get the OK to make ciders in-house, as well. There are also soft drinks. 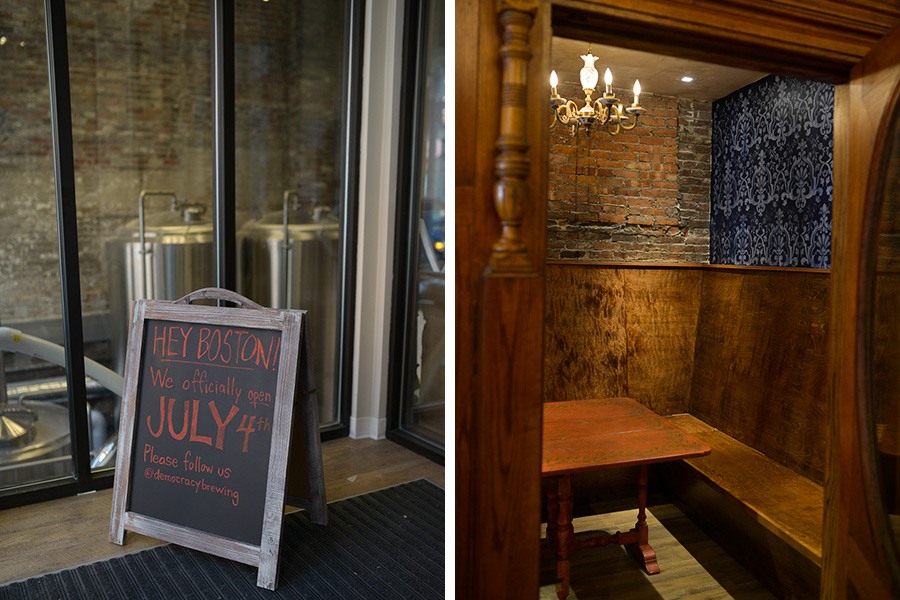 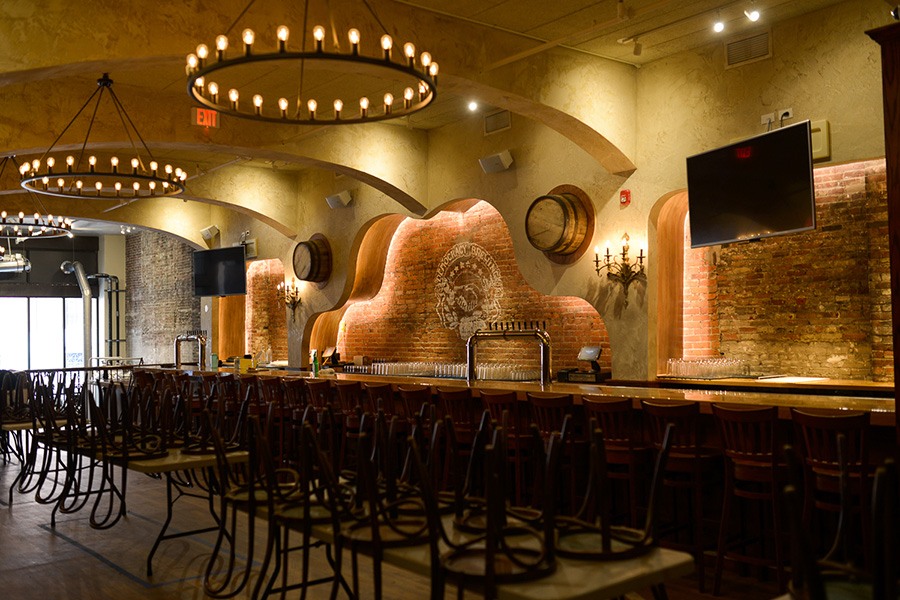 Pull up a stool at the 23-seat bar for pints of freshly brewed beer at Democracy Brewing. / Photos by Toan Trinh 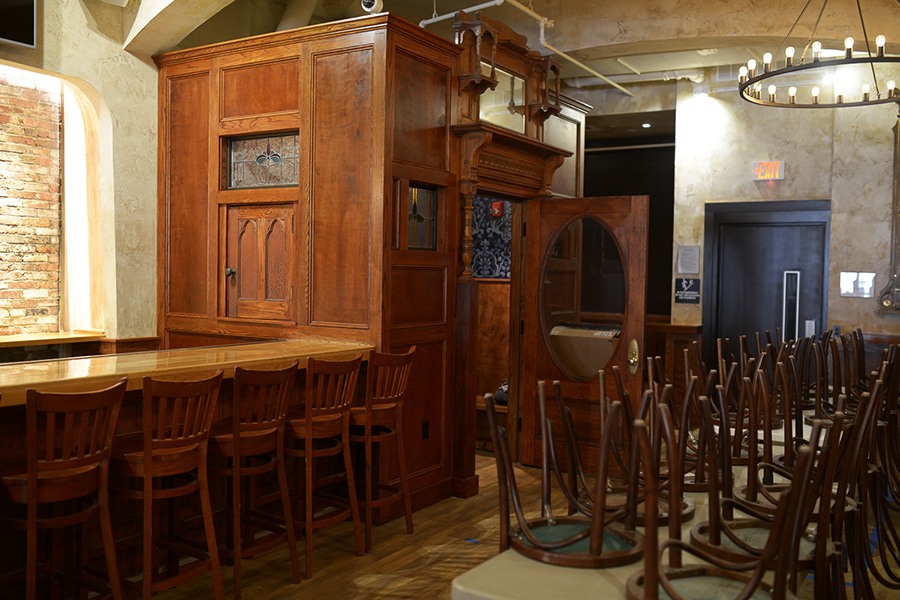 The snug at the end of the bar at Democracy Brewing can fit a cozy 10 people. / Photos by Toan Trinh 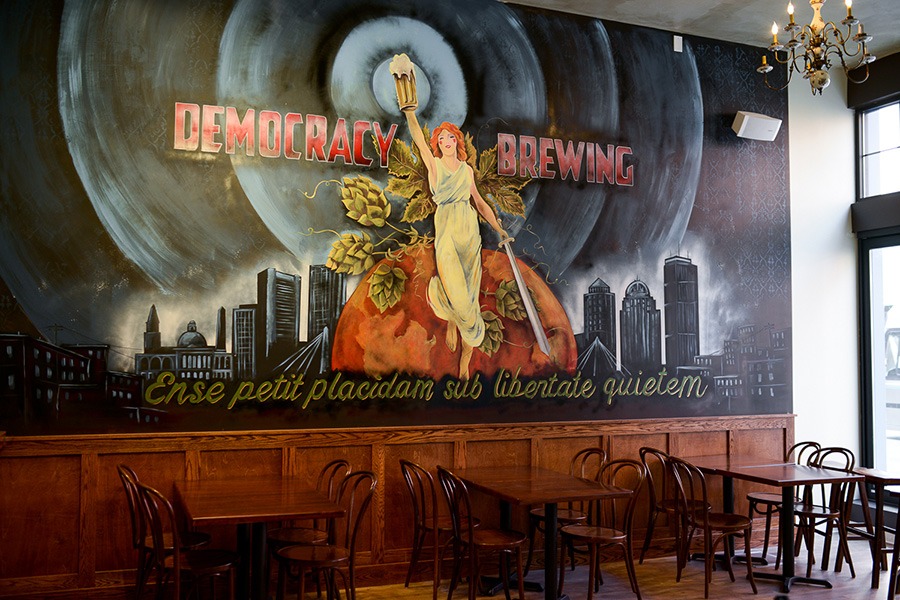 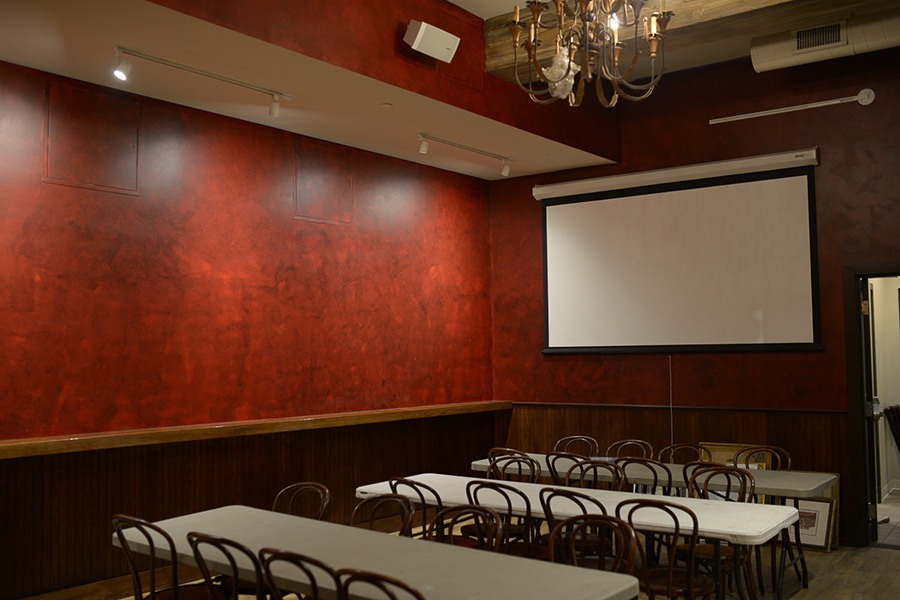 An overflow and private room has a projector screen and its own bar. / Photos by Toan Trinh 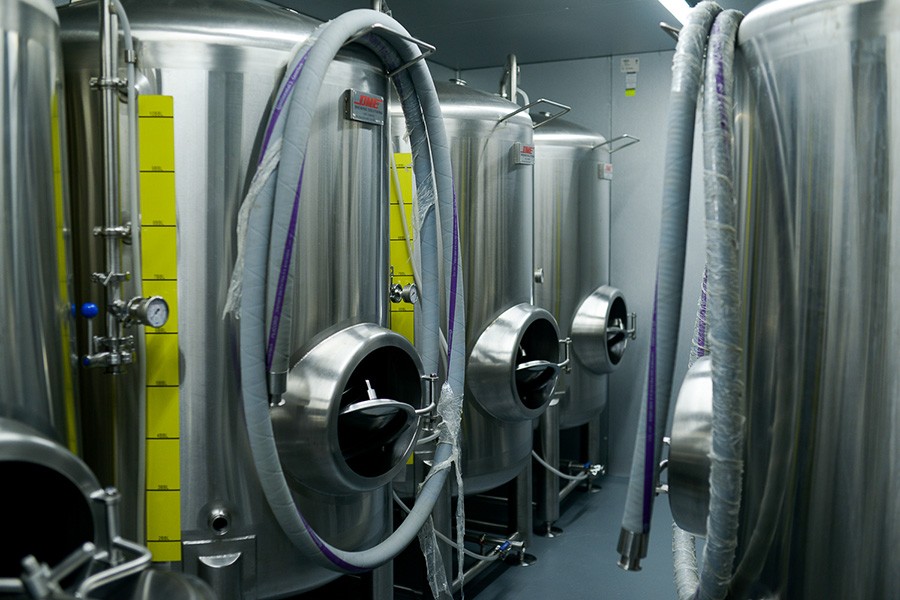 Serving tanks in the basement cold room at Democracy Brewing are connected to the bar’s draft system. / Photos by Toan Trinh 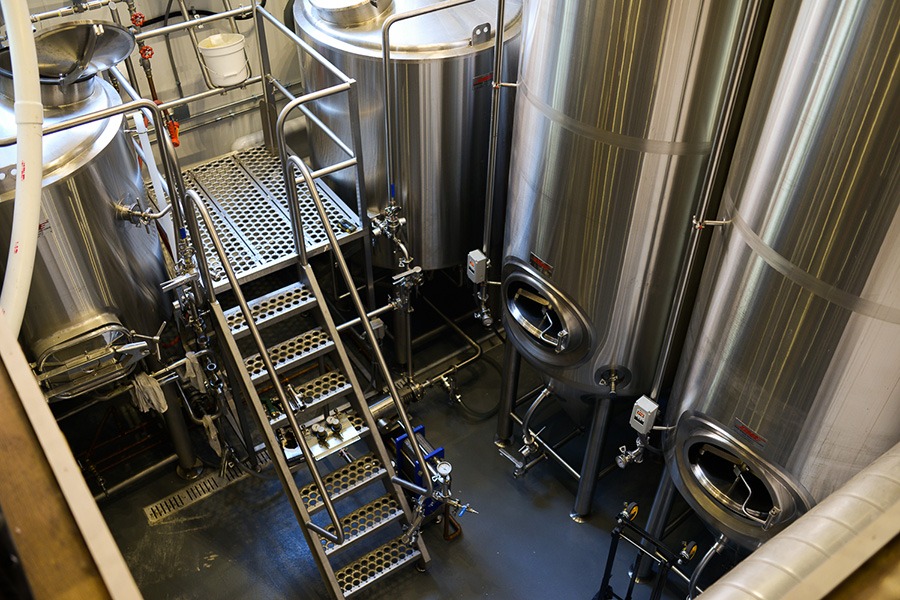 The basement brewhouse at Democracy Brewing is visible from the street. / Photos by Toan Trinh