Starting Tuesday, it'll serve lunch outside of its Seaport headquarters. 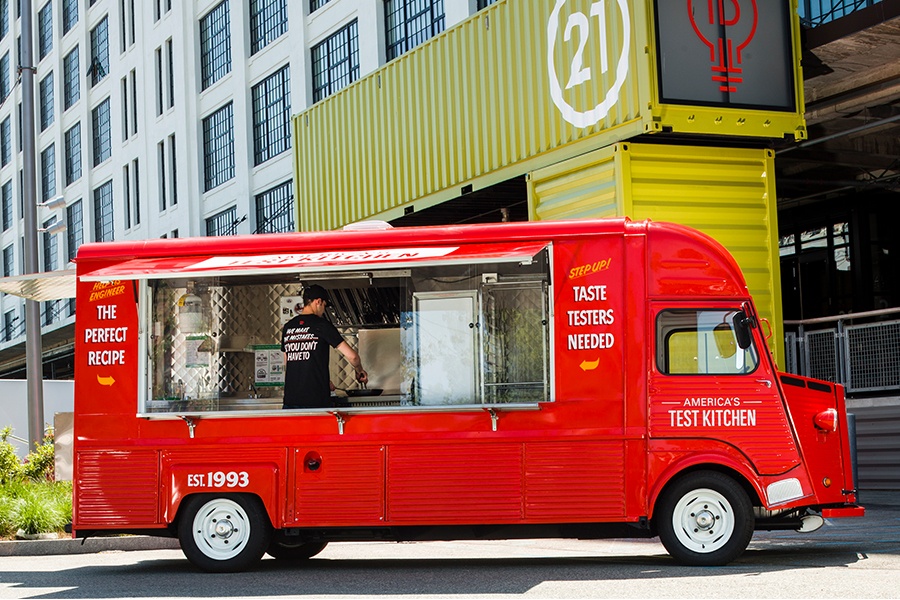 If you’re a fan of the public television cooking show “America’s Test Kitchen,” you’ve surely, at some point, wished you could pull a bite or two out of the TV.

Now you kind of can. On Tuesday, July 17, the America’s Test Kitchen Food Truck opens for business outside of ATK’s headquarters in the Seaport’s Innovation and Design Building.

“The goal was to have sort of a public presence attached to the test kitchen,” says Jack Bishop, ATK’s chief creative officer. “There aren’t a whole lot of lunch options around here, and we love being here in this building, so we wanted to give back.”

Tuesday through Thursday from 11:30 a.m. to 2:30 p.m., the truck will serve one dish, made according to a recipe recently featured on the television show, in one of the brand’s magazines, “Cook’s Illustrated” and “Cook’s Country,” or in an ATK cookbook.

First up? Philadelphia Pork Sandwiches from the current issue of “Cook’s Country.” Other planned menu items include black bean burgers and shrimp tacos. Most dishes will cost around $9, and they will rotate weekly. “We’re looking for things that are easy to eat on a bench or small table,” Bishop says. “Things like sandwiches, wraps, salads, bowls, and chili and soups when it starts to get colder.”

During its operating hours, the vehicle will be parked in the Innovation and Design Building’s parking lot. It will remain there, and will not be driving around the city.

The truck, a renovated 1972 Citroen H-Van, will also host book signings and giveaways. And patrons will be able to offer feedback on the week’s dish via an iPad.

“We’re continuing to evaluate recipes even after publication,” says Bishop. “If it doesn’t score at least a 9 [out of a possible 10], it probably won’t be back on the truck.”