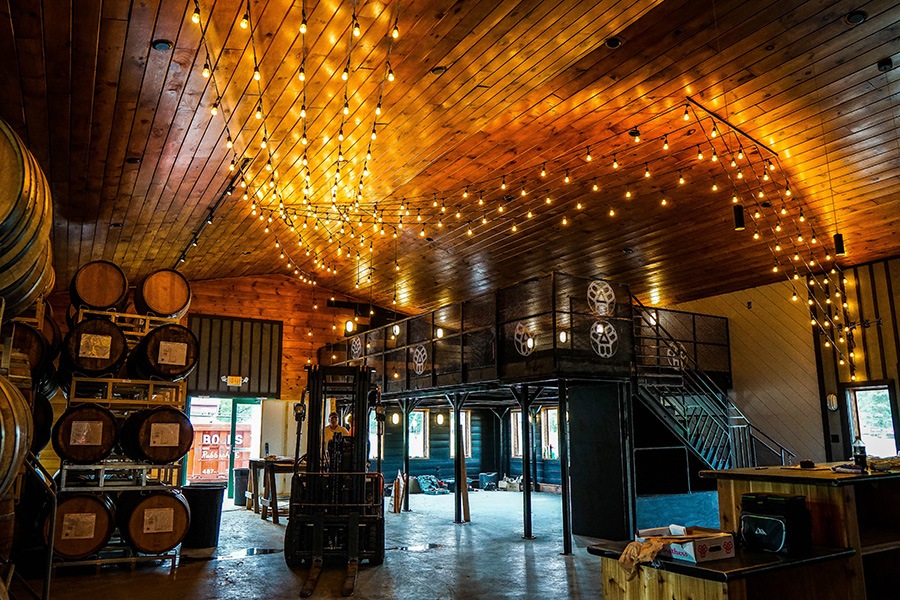 The family-friendly taproom in Milo, Maine, serves a rotating lineup of Bissell Brothers beer on draft and in cans. / Photos by Mike Sardina

Summertime is prime time for a beer road trip, and there’s a new destination way up in Maine—especially for folks who like the great outdoors. Buzzy Portland brewery Bissell Brothers has expanded with a second production facility and taproom called Three Rivers in Milo, Maine, the founders’ rural hometown located nearly 150 miles north of Portland.

Bissell Brothers Three Rivers—aka the Milo Project—has been in the works for more than two years, with Noah Bissell and his brewing team starting the first Milo-brewed batch of beer about six months ago, Peter Jensen Bissell told local TV station WABI. It softly opened on Friday the 13th, and had a full day of pints and a food pop-up on Saturday, July 14.

The unpredictability of such funky fermentations requires serious breweries to separate production from the daily grind of more traditional ales and lagers; it’s among the reasons why the Jack’s Abby team took over the space next door to open Springdale Barrel Room, for example, and is also a large part of Trillium Brewing’s continuing growth in Canton and Boston.

“Needing a second location for these types of beers was a given, but Milo was deliberate and the only option,” Peter Bissell said on social media.

The cofounders’ father, Jensen Bissell, still lives there, and it was important for the brothers to bring their business back home.

Bissell Brothers Three Rivers opened with two new beers among the eight draft lines. Waveform is a tart and tropical-tasting IPA fermented with brettanomyces, that was entirely brewed and fermented in Milo; while Square 3 was made in Portland, but as a barrel-aged and blended saison, it showcases the Milo ethos, says Bissell Brothers events manager Mike Sardina. Along with other Portland-brewed pints on draft and cans to go, there is also Three Rivers-branded merch.

The Milo taproom is family-friendly, and the Bissells have partnered with Piscataquis County neighbors Spruce Mill Farm to offer locally sourced food. For now, Bissell Brothers Three Rivers is open Fridays from 3-8 p.m. and Saturdays from noon-6 p.m. Stay tuned on Facebook for extended hours and beer release information as the facility ramps things up. (@bbbthreerivers also has its own Instagram, but it hasn’t posted anything yet.)

Milo, if you haven’t Googled it yet, is a full two-and-a-half hour-drive from Portland, and is 40 miles north of Bangor. Located at the confluence of the Sebec and the Piscataquis rivers, the Pleasant River also flows through the town, and Schoodic Lake is nearby. If you make the trek to Bissell Brothers Three Rivers, pack a fishing pole this summer, or perhaps snowshoes this winter.

And bring us back some cans, please. 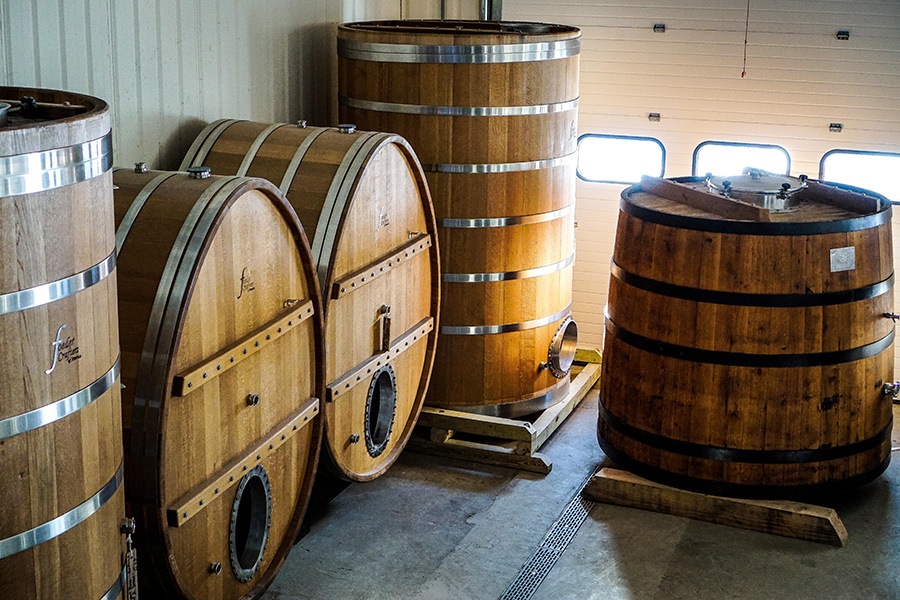 Foeders and other barrels will allow Bissell Brothers to make sour and funky beers at Three Rivers. / Photos by Mike Sardina

The Bissell Brothers logo adorns the bar at the new Three Rivers taproom in Milo, Maine. / Photos by Mike Sardina