2018 World Cup Final at Parlor Sports, By the Numbers

The Somerville bar was full, and the High Life started flowing as soon as doors opened Sunday morning. 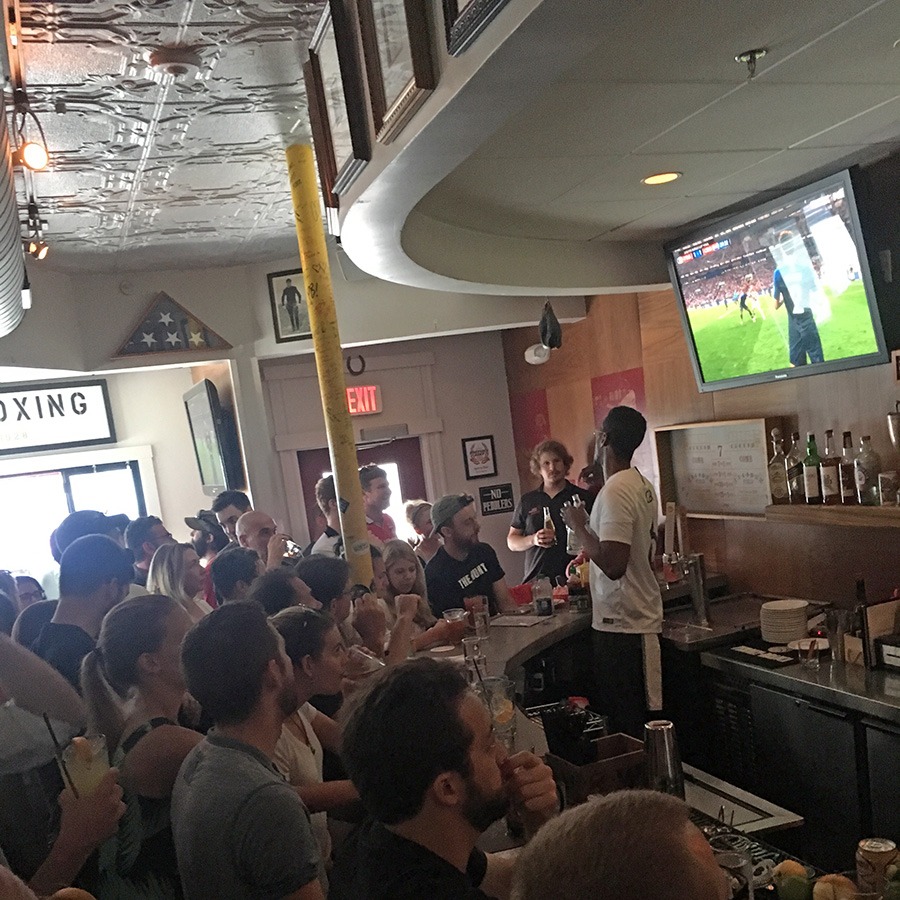 Parlor Sports was at capacity by 10:40 a.m. for the World Cup Final. / Photo by Jacqueline Cain

An unexpected final match to end the 2018 World Cup on Sunday morning was exactly the kind of game soccer fans could have asked for.

In a tournament in which the U.S. men’s team failed to qualify, Boston-area bars, taprooms, and patios reveled in the summer sports action anyway. Sunday morning’s match between France and Croatia had it all, from a half-dozen goals, to a history-making hero to root for in France’s Kylian Mbappe. The 19-year-old became the youngest player to score in the World Cup final in 60 years, since a 17-year-old Pele did it for Brazil in 1958.

Among the best places to have World Cup fever? At Parlor Sports, a pocket-sized place in Inman Square on the Cambridge/Somerville line. Since it opened in 2011 next door to Trina’s Starlite Lounge, it has been the go-to sports bar for legions of soccer fans—as well as fans of basketball, baseball, hockey, the Olympics, Lucha-style wrestling, “The Bachelorette,” and more.

It’s a community built on hospitality—during the World Cup Final, co-owner Josh Childs was delivering food and bussing tables. On Saturday, totally separate of the World Cup, Parlor hosted a neighborhood 5K which raised $1,300 for the Human Rights Campaign.

But on Sunday, it was all about soccer. Two hours before the morning kickoff, fans started lining up to get inside (Parlor’s capacity is 45).

Some were rooting for Les Bleus, some for Croatia—some, like myself, were just hoping for a fun game and some cold beer. Everybody won, though France prevailed in the match. Here’s the World Cup Final, by-the-numbers, from the perspective of Parlor Sports.

Line began to form outside

Number of D batteries needed for the “crowd-control” megaphone