Murray has joined the owners of Soma, and cocktail consultant Todd Maul at Ellis Square Social. 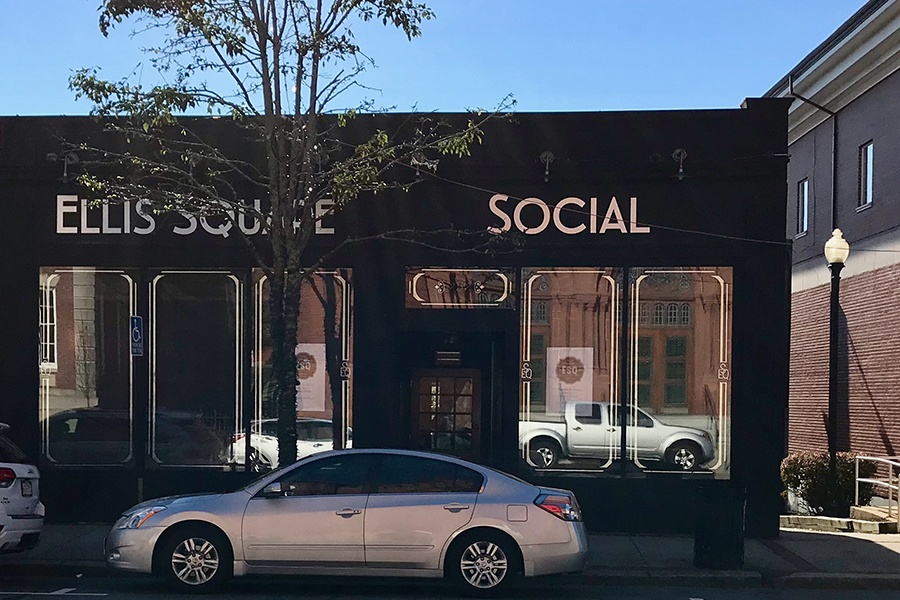 Chef Jay Murrary is at the helm of Ellis Square Social, opening in August in downtown Beverly / Photo provided

As more and more city dwellers opt for suburban life in the face of home ownership hurdles and high rents in Boston, the out-of-town dining scene is bound to change, too. And that’s just the case on Beverly’s Cabot Street, with a new bar and restaurant called Ellis Square Social opening next month.

“We had a great staff, great bartenders, great cocktail program [at Barrel House], but it wasn’t being well-received by the neighborhood. We wanted it to be a lively place,” Paras says.

Maul left Café ArtScience last summer, and has been pinch-hitting such places as Casa B and Pastoral while he develops his own bar concept. He was working with the Barrel House team for a couple weeks before it shuttered in June, and is developing the beverage program for Ellis Square Social, Paras says.

“Part of the problem at Barrel House is that we opened a bourbon bar. That stuff is so allocated,” Paras explains, like how only certain Boston bars carry coveted Pappy van Winkle. “We’re trying to loosen it up with lighter spirits, and get away from that label of being a bourbon or whiskey bar.”

Maul won’t necessarily be infusing his scientific tendencies into the regular menu, as the bartender’s goal remains opening his own place, Paras says, and Ellis Square Social will continue on after he moves on. Expect rum, though, for sure: Early menu drafts call for a tiki drink section alongside classic cocktails, and house specialty whiskey and clear-spirit drinks. There are also a dozen, local draft beers, cans and bottles, and a decent wine list.

The food will also be lighter than the previous menu. Murray is best-known for his cheffy touches across nearly two decades at the steakhouse stalwart. He left Grill 23 in 2015 and has taken some time off, and also worked alongside fellow Grill alum Josh Foley at the latter’s Avenue in Medfield. The main event on the Ellis Square Social menu is a shareable section.

“We just want to be very inventive, but familiar also. When they take their first bite, we want an element of surprise. We’re going for excitement, and playing up the social element of the name,” Murray says.

That means daily cheeses, charcuterie, and oysters on the half-shell, plus seasonally driven small plates like fresh pea falafel with garlic and toasted sesame; Berkshire pork belly bacon-and-egg fried rice with walnuts and maple; and salmon tartare with bulgur wheat and tzatziki.

There will also be a half-dozen composed entrées, like Parisian gnocchi with summer veggies, and a kalua pig steak with creamed corn polenta—and steaks with a la carte sides for good measure. Murray is excited to feature Japanese Akaushi beef, as well as some locally sourced meats, he says. Ellis Square Social will also have a kid-friendly menu.

But one community-minded element of the previous concept is gone: Ellis Square Social is doing away with the 20-seat, communal table that anchored the Barrel House in favor of more high-top seating.

“We’re right on the communter rail, which has brought a lot of people up our way” from Boston, Paras continues. “They’re looking for restaurants where they feel comfortable: more upscale, with a cool city vibe.”

Ellis Square Social, located next door to Soma, is about a 10-minute walk from the commuter rail station, and about five minutes from the beach. Paras and Murray are now hiring for it to open sometime in August.