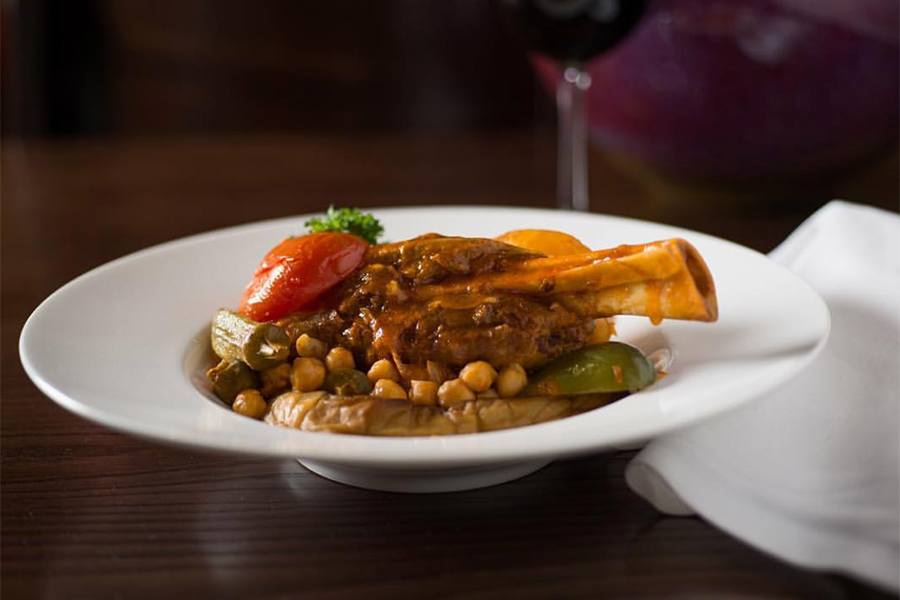 Beacon Hill is about to lose a landmark: Lala Rokh has announced it will close for good next month, after nearly 24 years at home in the neighborhood. In this morning’s email newsletter to subscribers, Bina Family Hospitality co-owners and siblings Azita Bina-Seibel and Babak Bina call the decision to shutter Lala Rokh “bittersweet,” but “we feel the time has come to spend more time with our families.”

Lala Rokh opened in 1995, showcasing the cuisine of the Binas’ mother’s homeland of Azerbaijan. To mark its 20th anniversary, they renovated the historic, labyrinthine restaurant space and revamped its menu to feature more Eastern Mediterranean fare from the wider Persian Gulf, but the herbaceous classics remain.

“Mama Bina,” as the restaurant staff calls her, personally trained Lala Rokh chefs, and even recently, she returned to Iran annually to bring back the spices, herbs, and other traditional ingredients required for her homestyle cooking. But “this is a task that is now too arduous for her to continue,” the Binas said in today’s announcement.

“The restaurant immediately conveyed the feeling of being served dishes that had been made in someone’s home for honored guests,” he wrote. “It’s like a standing invitation to the sort of Persian household a Beacon Hill resident might well have an introduction to on a trip to Iran: art-filled, cultured, calm.”

Lala Rokh is a multi-year Best of Boston award-winner, including in 2004 for Best Romantic Restaurant. In 2015, Boston Globe critic Devra first reviewed the refreshed Lala Rokh, saying the flavors “taste perfectly current, fresh but not far-out.” Just this past May, the newspaper included the Persian standby among 10 restaurants “with a winning formula.”

Lala Rokh will close after dinner service on Saturday, August 11. It is open for dinner every Tuesday-Saturday from now until then.

It is bittersweet to announce that Lala Rokh will permanently close after dinner service on Saturday August 11, 2018.

When we began the journey of Lala Rokh On Beacon Hill, we had several goals in mind. We wanted to provide a window into our Persian culture – which at that time was unknown to many – and provide Bostonians and visitors alike a taste of our family’s Persian cooking in an environment unlike any other.

After nearly 24 years, we are truly proud of what we accomplished and enjoyed sharing with you all the flavors and stories of our childhood.

We are immensely grateful to our mother without whom we and Lala Rokh wouldn’t exist. Mama Bina (as she’s been called by the staff) painstakingly trained chefs who knew nothing about the nuances of Persian cuisine. She visited Iran year after year—as recently as a few months ago—to bring back herbs, spices and other ingredients so essential to our authentic dishes. This is a task that is now too arduous for her to continue. We are beholden to our families who put up with our restaurant hours and especially our sister Mandana who has always been a great big sister and greeted so many of you each week. We have been blessed with amazing staff who have come through Lala Rokh’s doors and even more blessed for ones like Rene Reyes who has been with us from the start. We are grateful to our friends and neighbors on Beacon Hill who have supported us since our first restaurant in 1983 and, last but not least, a big thank you to the loyal guests of Lala Rokh since 1995.

Although we will miss Lala Rokh immensely, we feel the time has come to spend more time with our families.