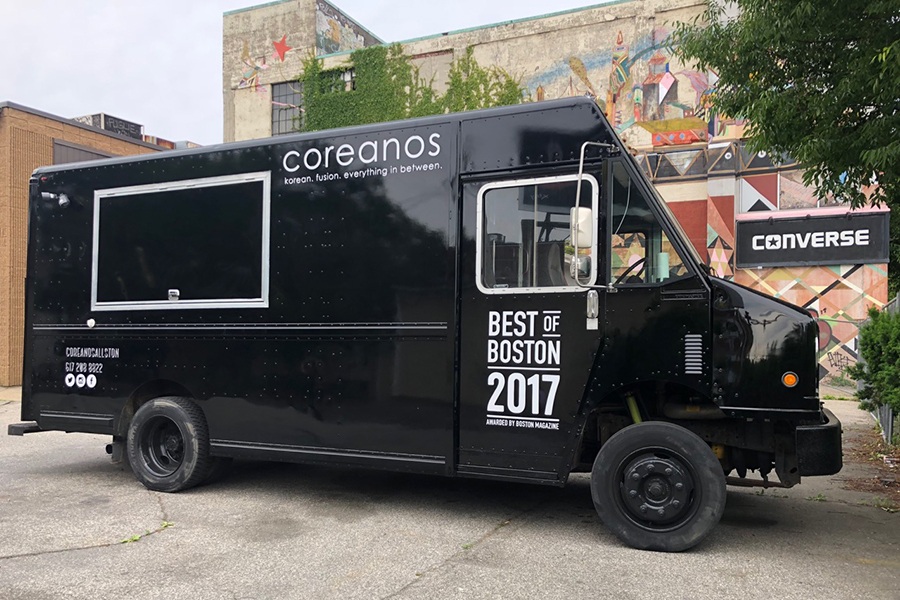 Look for the Coreanos food truck at SoWa on August 12. / Provided

Korean-style grilled meats and pickles, piled into Mexican-style tortillas and smothered in cheese—now understood as Korean-Mexican fusion, or “KoMex,” this cuisine rose to public consciousness a decade ago on the streets of Los Angeles, thanks to food truck pioneer Roy Choi’s Kogi. Now, the city of Boston’s best example of KoMex is taking to the streets: Allston’s Coreanos will debut a food truck at SoWa next month.

The truck will serve a menu of select Coreanos favorites, plus some new items. Co-owner Alex Kim says the popular kimchi fritas (French fries loaded with pan-fried kimchi and cheese, scallions, spicy mayo, cilantro lime sauce, and an egg) will be on board, along with tacos, quesadillas, and fried chicken poppers, with kimchi and sauces made in-house in Allston. Chefs Jina and Yongsik Kim—Alex’s mother and stepdad, and Korean restaurant veterans—are developing some new, food truck-friendlier menu items as well, such as salads and bowls, he says.

The family has been looking to expand beyond their 14-seat location since they first opened in 2016, Kim says. Coreanos debuted in the former Wan’s Deli space on Brighton Ave. just one month after another KoMex concept, OliToki, opened nearby, and its food truck will join a couple local options, like Gogi on the Block and Bibim Box.

It was only a matter of time before this salty, sweet, funky, fresh cuisine caught on in Boston, Kim says, and there’s room for more.

“There is not a set way Korean-Mexican fusion is done. My parents had never really tried Korean-Mexican food [before they started developing the Coreanos concept], so this is our take on it,” he says.

The Kims have considered expanding with a larger brick-and-mortar space, but they decided to go the food truck route because their food lends itself well to mobile vending. They purchased a vehicle in February. Now it’s built out, branded, and permitted, with SoWa dates on the books for August 12, September 9, and October 28.

Kim wants to introduce Coreanos to crowds beyond Allston, he says, and is actively looking for additional vending locations, event opportunities, and brewery partnerships. Follow @CoreanosAllston for updates. 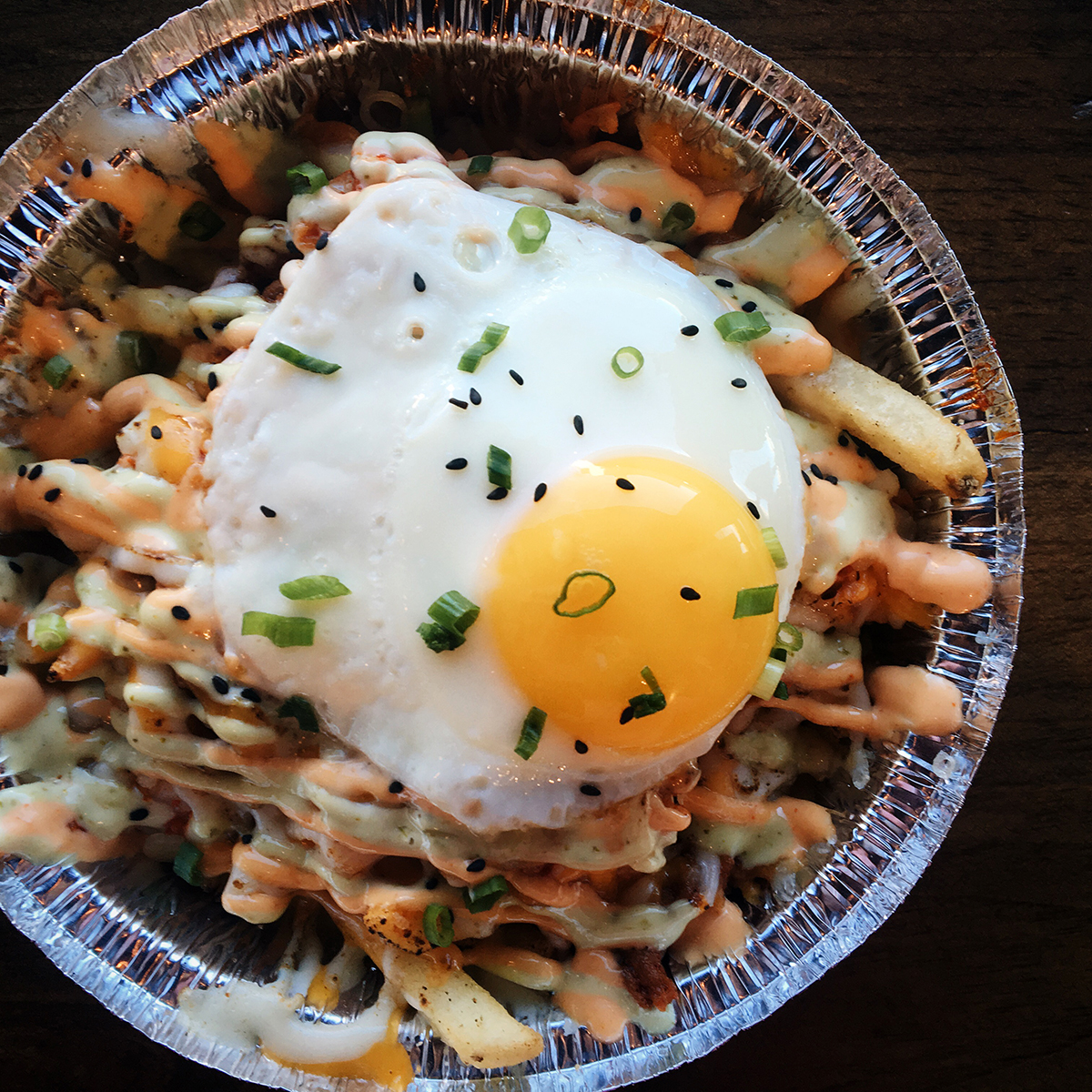