Kids Are Taking Over America’s Test Kitchen Starting This Fall

The Boston-based media company will bring young chefs to the table with kid-approved recipes, culinary experiments, and an upcoming cookbook. 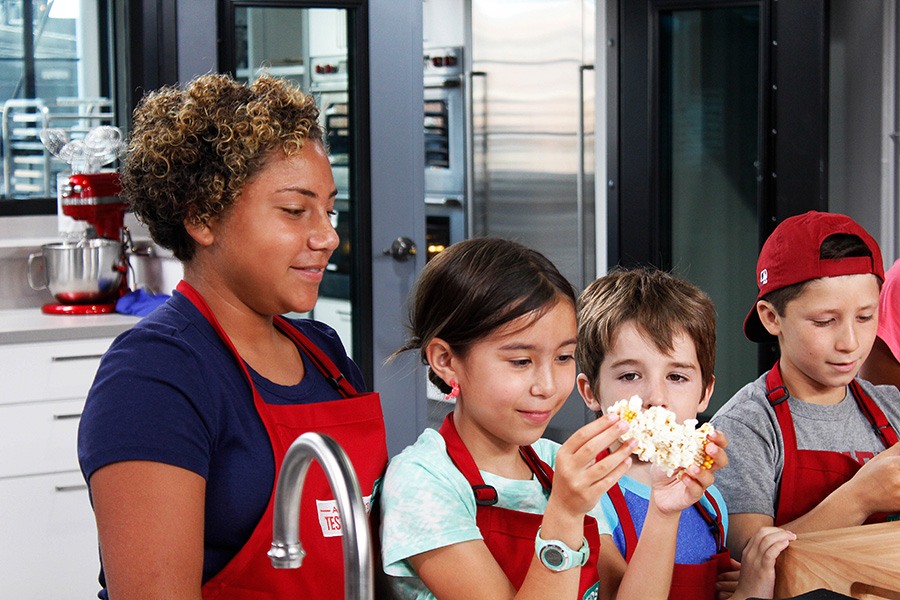 Inside an industrial kitchen in the Seaport on Tuesday, 10-year-old Zoe Bates scrutinized a dissatisfying handful of half-popped popcorn. “I have an idea!” she exclaimed, shooting her hand up as she spoke. It didn’t pop correctly because the kernels were too heavy from soaking in water beforehand, she suggested. Her youthful associates, all clad in bright red aprons, nodded in agreement.

Seven preteens were gathered at America’s Test Kitchen for a preview of the Boston-based culinary media company’s new resources for children. Launching online September 5, ATK Kids will feature recipes, hands-on activities, and experiments designed for cooks ages 8-13. In October, it will publish The Complete Cookbook for Young Chefs. According to ATK Kids editor-in-chief Molly Birnbaum, everything is “kid-tested and kid-approved.”

The young chefs circled around a countertop that was covered in bowls of popcorn. Kristin Sargianis, ATK’s managing editor of education curriculum, was teaching them the ins and outs of the snack—from how a popcorn seed germinates, to which kernels to use to get the perfect pop.

Afterwards, each child sat down with paper and pencil and planned out their own gourmet popcorn recipe, choosing from a list of ingredients with everything from M&M’s to the Japanese seasoning furikake—which Zoe cheerfully identified to the group as a mixture of dried fish, sesame seeds, and seaweed. Once they mixed up their custom batches, members of the ATK board and CEO David Nussbaum filed in to vote for their favorites.

“We really want to take kids seriously, and take their abilities seriously and their creativity seriously,” Birnbaum says. It’s why the 20-year-old company is inviting junior chefs to the table for the first time.

“This is the beginning of a pretty extensive push towards reaching kids and teaching them about eating and cooking.” 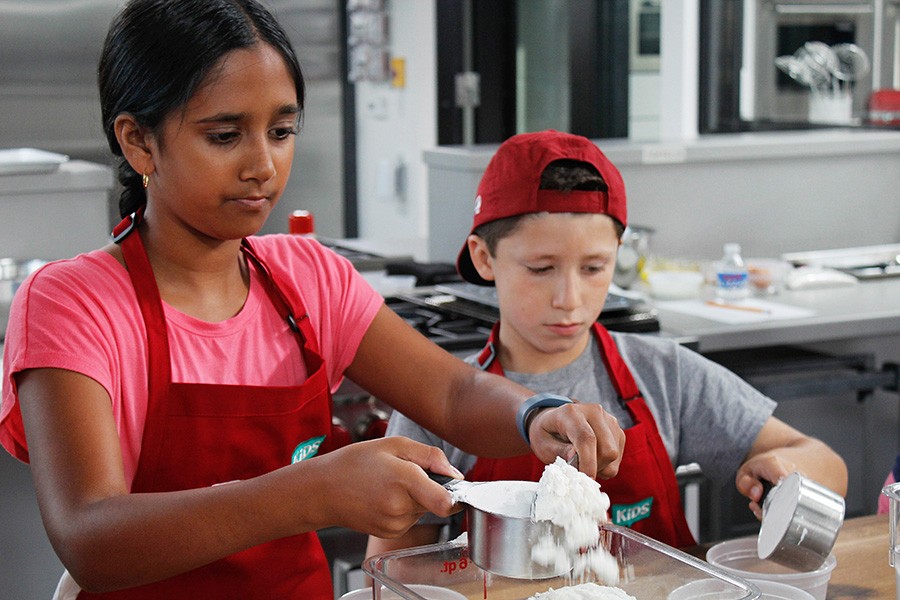 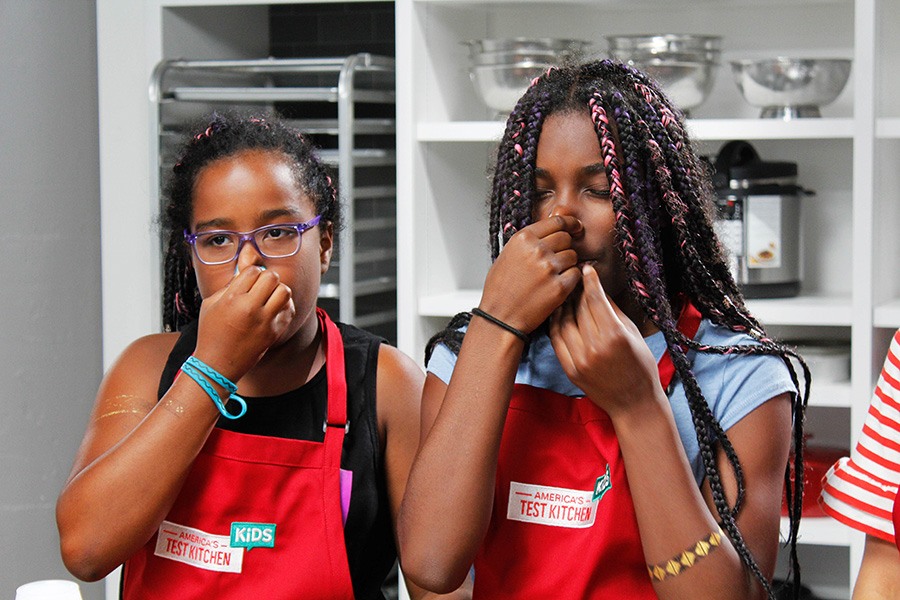 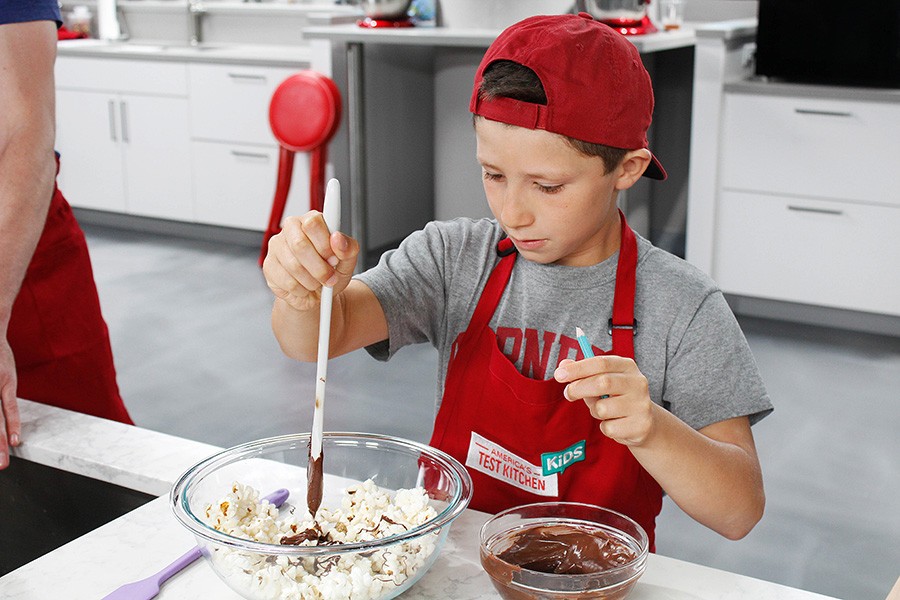 After The Complete Cookbook, expect to see an ATK Kids baking book. It’s a little more challenging to make for kids because of the precision measurements and oven work required, Birnbaum says. Currently in the works is a recipe for mini, sugar-rolled cake doughnuts baked in a muffin tin, developed by ATK senior editor Katie Leaird.

When the kids learned they would be testing the recipe on Tuesday, there were excited gasps and widened eyes all around.

While 11-year-old Ella Maher-Santarpia capably whisked together dry ingredients and used her hands to pass a raw egg back and forth to separate the yolk, executive food editor Suzannah McFerran watched intently. McFerran and other members of the ATK Kids team were observing how the kids interpreted the recipes, and areas where they might need additional instruction.

Birnbaum says the goal is to create recipes that are fun, engaging, and informative for curious amateurs and aspiring chefs.

Ella said her favorite meal to cook is chicken cordon bleu. For her, baking the doughnuts and creating a popcorn flavor was a piece of cake—her recipe, which she named “Sushi Sushi,” featured sophisticated ingredients like nori, lime zest, sriracha, and black sesame seeds; it won the judges’ choice for best in show. Twelve-year-old Tatiana Riggins admitted that she often burns popcorn at home, but the doughnut recipe was still achievable for her. 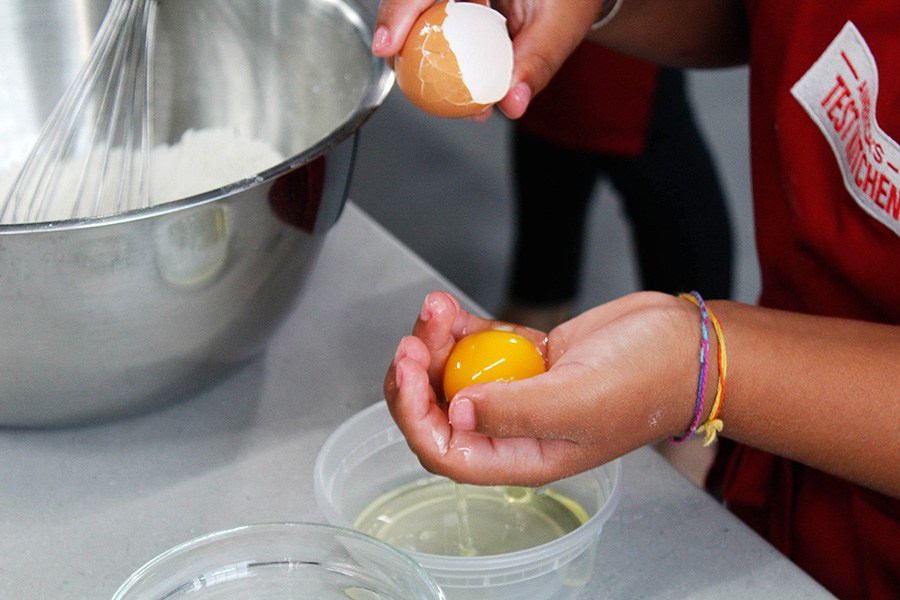 With the rise of kids cooking shows like Chopped Junior and colorful food videos like Buzzfeed’s Tasty Junior series, cooking has transformed into a pursuit for all ages.

“It’s cool to know about food now,” Birnbaum says. “What we really want to do in a bigger picture is start a new generation of kids who are engaged eaters, and really care about where their food comes from.”

Or, at least, teach a generation of kids why drizzling half a container of melted chocolate over a bowl of popcorn might not taste as good as a more thoughtful flavor combination, like the one that won Ella the competition.

But at the end of the day, “it’s not just about teaching kids how to do a recipe,” Birnbaum says. “It’s about starting habits that will provide for a happy and healthy life.” 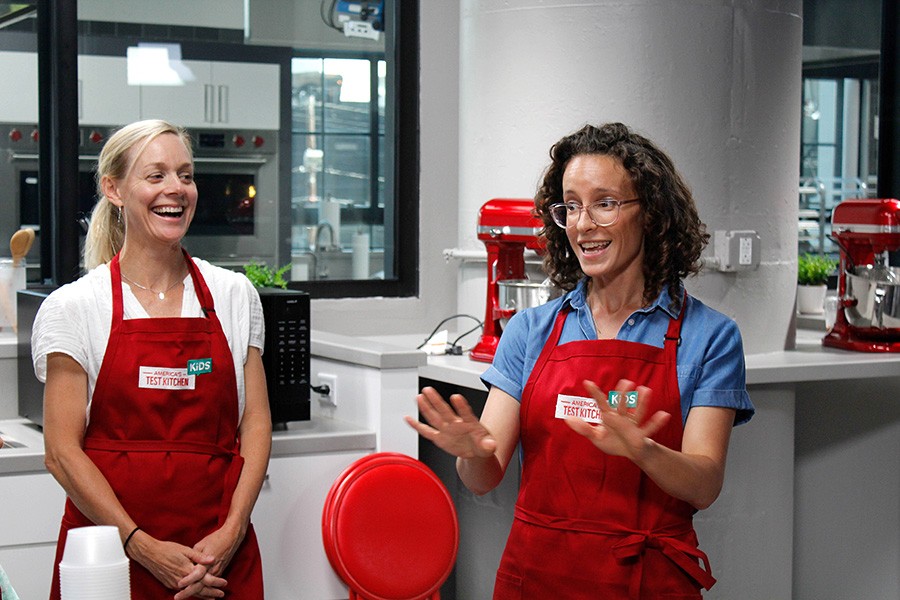 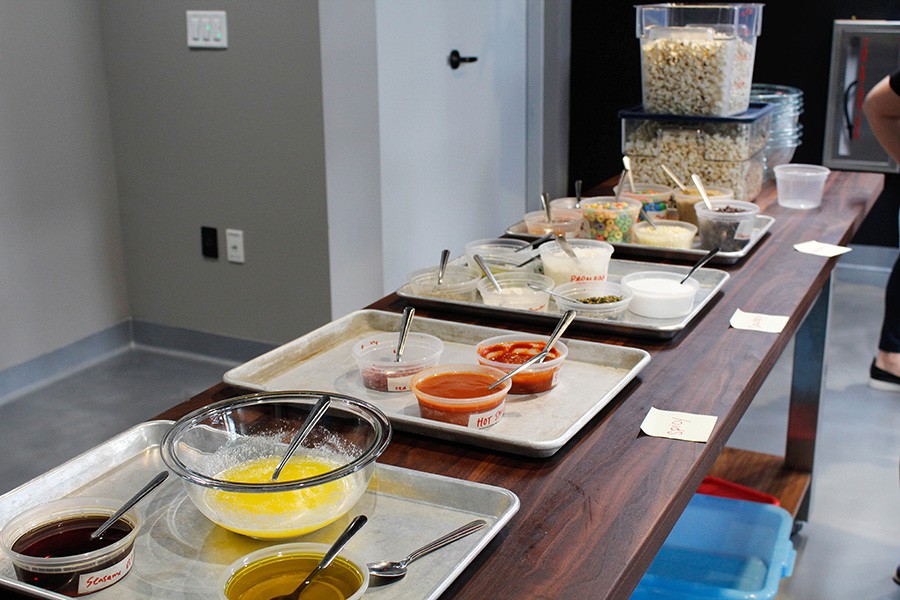 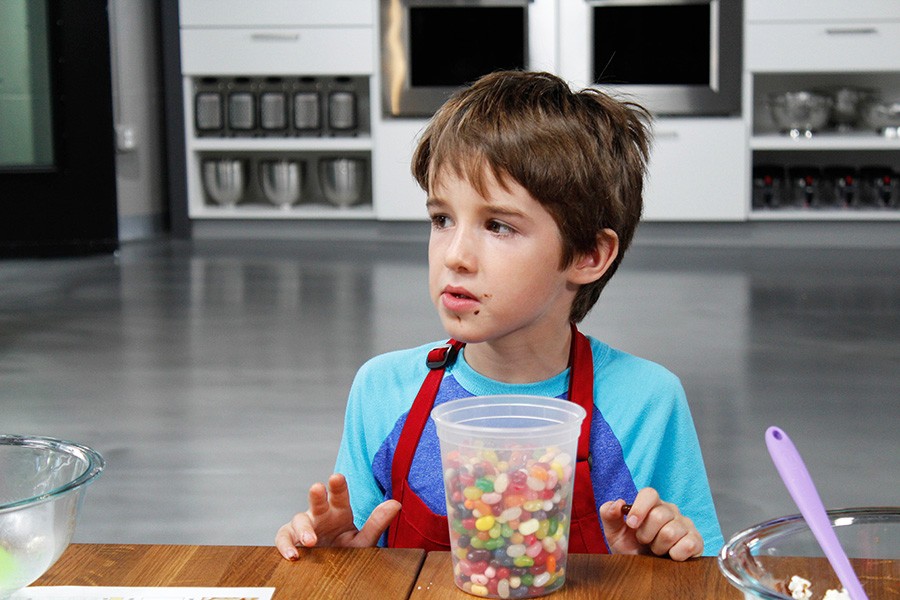