The Boston Public Market, Saloniki Greek, Kelly's Roast Beef, and more are headed for the hub. 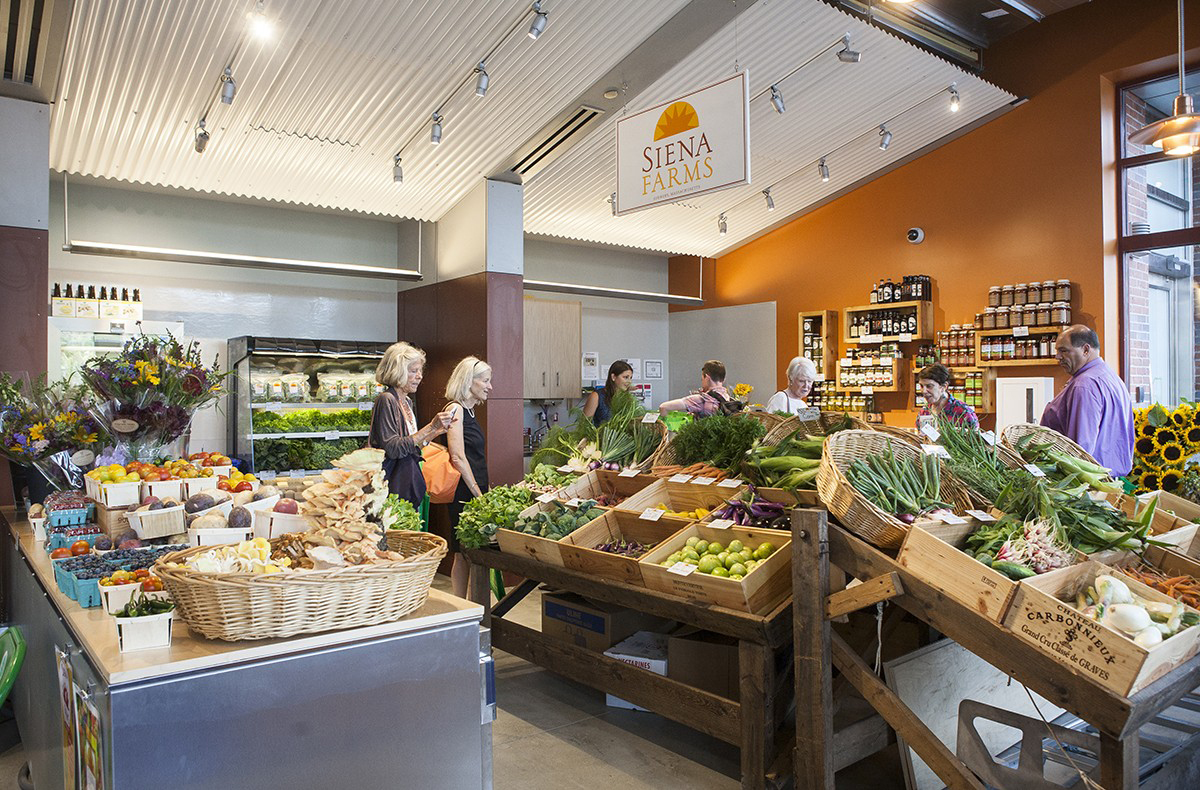 You could make yourself a local crudités platter the next time you find yourself awaiting a JetBlue flight at Logan Airport. The Boston Public Market is headed for Terminal C as part of upgraded, locally flavored food offerings throughout the international hub.

MarketPlace Logan, as the development is called, is bringing in more than a dozen regional offerings. Lucca Restaurant and Bar and the iconic Kelly’s Roast Beef will bring tastes of the North End and the North Shore to Terminal B by the end of the year. By spring 2019, outposts of chef Michael Schlow’s Alta Strada and Tico restaurants, and both Saloniki Greek and Trade by Jody Adams will also open inside the airport.

Regional favorites Sullivan’s Castle Island, Santarpio’s Pizza, B. Good, and Not Your Average Joe’s are also headed for Logan, along with expansions of Mija Cantina and Tequila Bar from the Faneuil Hall area, and Monument Restaurant & Tavern from Charlestown.

Logan will also have new, branded Celtics and Bruins bars, apropos in the City of Champions. For non-comestible local flavor, New Balance is opening its first-ever airport store there, and will also debut exclusive New England Collections at other airport gift shops.

The Boston Globe reports the Boston Public Market outpost will open next spring, in place of the existing Terminal C food court. At least six vendors familiar to current BPM shoppers will join the second, 6,000-square foot market, including Mother Juice, the Best of Boston juice bar shared on Instagram. The market will offer a selection of sit-down and grab-and-go meals, a local salad bar, and a bar with local wines and craft beer. There will also be New England-made products and souvenirs for sale in JetBlue’s domestic hub.

MarketPlace Logan is the work of Boston-based New England Development, which manages the Boston Logan Concessions Program. The goal is clearly “dramatically enhancing the traveler’s dining and shopping experience.”

“Expectations of the traveling public have gone up,” MarketPlace Development President Paul McGinn told the Globe. In today’s press release, he said, “Through our collaboration with Massport we are committed to bringing local flavor to Boston Logan passengers for a true Boston and New England experience each time they visit the airport.”

The 3-year-old Boston Public Market has hosted more than 6 million visitors in downtown Boston, the Globe reports. The BPM launched a pop-up farmers’ market in the Seaport on Wednesdays, and also operates the Dewey Square market on Tuesdays and Thursdays.

As Eater Boston has noted, 2019 looks like it’s going to be our Year of the Food Hall. Bow Market is now open in Somerville and getting more dining options every day. Next year, along with the second Boston Public Market, Fenway is poised to be home to a Time Out Market; High Street Place will be a 500-seat food hall in the Financial District; and a bazaar called the Beat is headed for the former Boston Globe headquarters on Morrissey Boulevard.

More specific terminal locations for the Logan upgrades are to-be-announced, along with additional opening dates. But if you’re traveling in the near future? We recommend eating at a funky spot in Eastie or the Seaport before you get to the airport. Have an inevitable layover soon at Logan? We got you covered there, too. 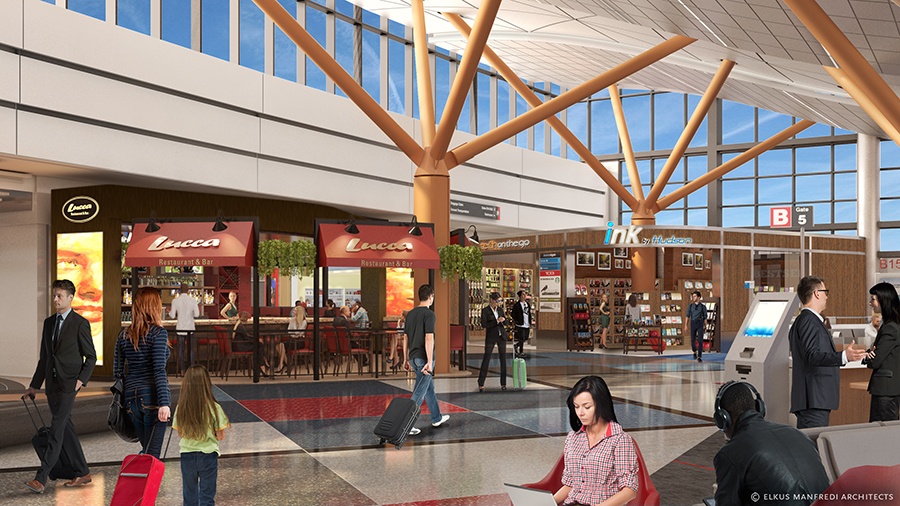 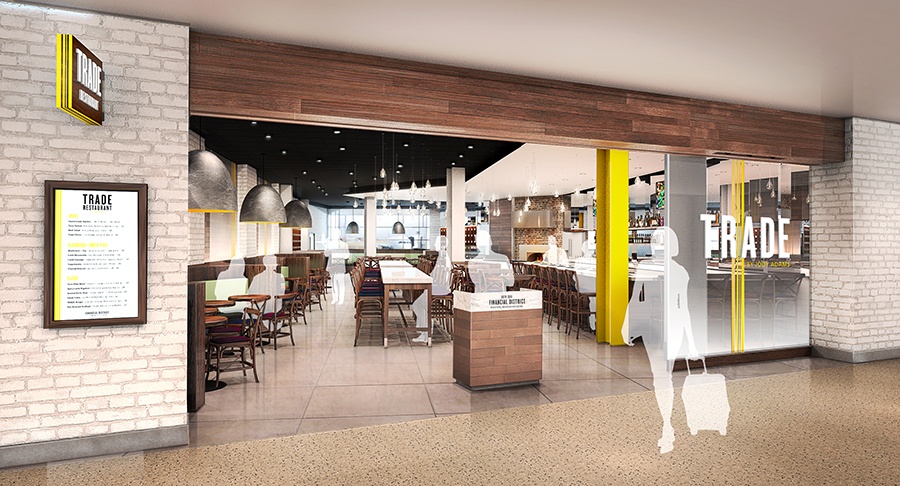 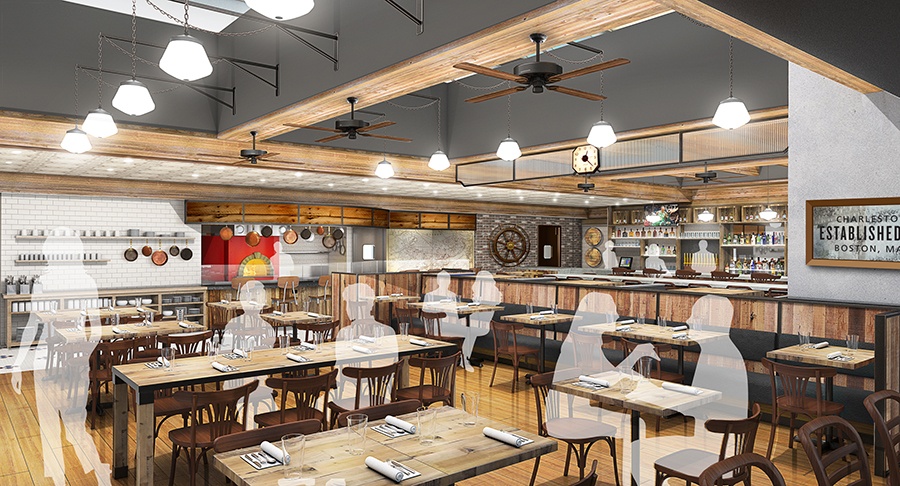