It was the Cambridge debut from the Island Creek Oyster Bar and Row 34 partners. 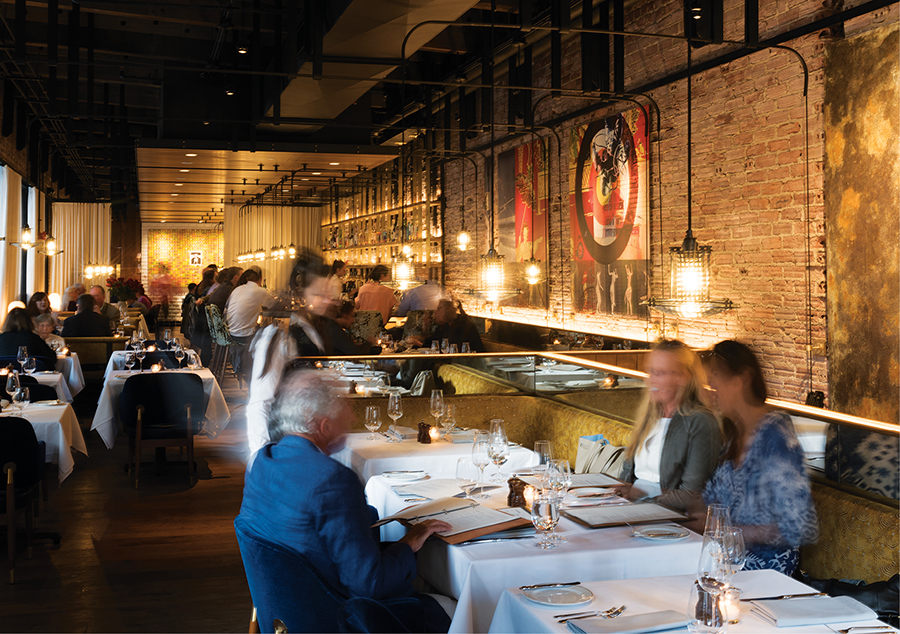 After a little more than a year in Harvard Square, Les Sablons has closed for good. Owners Garrett Harker, Jeremy Sewall, Shore Gregory, and Skip Bennett told their staff this afternoon, and the closure is effective immediately.

The partners, who also own two locations each of Island Creek Oyster Bar and Row 34, did not give a reason for the sudden shutter, necessarily; today’s brief statement says they will focus “on what they do best: creating distinct moments of hospitality around the table and celebrating New England’s rich seafood traditions.”

It reads in full:

Les Sablons is closing its doors, beginning today, Thursday, August 2nd, 2018. Partners Jeremy Sewall, Garrett Harker, Shore Gregory and Skip Bennett, will continue to move forward, focusing their efforts on what they do best: creating distinct moments of hospitality around the table and celebrating New England’s rich seafood traditions. They have profound gratitude for the entire Les Sablons team and the work they put into making every dining experience special. The team will continue to operate Island Creek Oyster Bar in Kenmore Square and Burlington, in addition to Row 34 in Fort Point and Portsmouth, NH.

Les Sablons opened in April 2017 in the Conductor’s Building on Bennett Street, just off of Mount Auburn in Harvard Square. The narrow, two-story space is historic and unique, and its challenging setup was part of why the location initially charmed the prolific restaurateur, Harker previously told Boston.

“For those onboard with entrées proper, and with not-so-neo French, there’s a lot to love here,” Helterman wrote. But, “Les Sablons’ biggest challenge… [is] that it lacks the big-tent inclusive feel of its Kenmore sibling [ICOB]: built for old guys like me and youthful trend-chasers. Nothing a little tweaking couldn’t solve: an expanded bar-bites menu, a few outside-the-box specials.”

In May 2018, Les Sablons rebranded its downstairs bar as the Oyster Bar at Les Sablons, which has hosted several casual, industry-oriented parties and events over the last couple months.

But it doesn’t seem it was enough to steer the train in the right direction. Alas, we don’t even have a chance to have that last petite assiette at this unique, though familiar, restaurant.