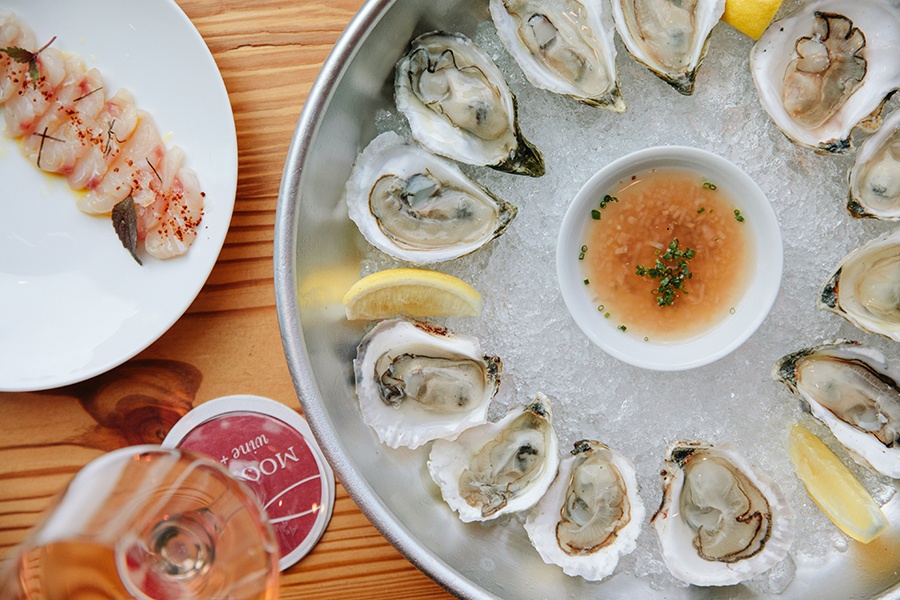 East Coast oysters on the half shell, seasonal crudo, more affordable rose options, and more are new to the menu at Moon Bar. / Photo by Brian Samuels

Restaurant operators can have plans, hopes, and goals for their endeavors—but a living, dynamic thing like a restaurant or bar is bound to take on a life of its own. And like the owners of Moon Bar have learned, sometimes it’s best just to listen to what the place wants.

“We viewed it as more of a wine bar,” Calhoun says, meaning they developed a diverse menu of snacks and entrées—not at all limited to seafood—to pair with the 25-page tome of wines available upstairs at Mooncusser. “But it didn’t really align with the rest of what we’re doing here.”

While they came to realize the Moon Bar menu wasn’t really working, a “fun energy” was developing with the casual Cusser’s takeout window, which launched in May, Calhoun says. The revamped Moon Bar menu “fits in between that super casual lunch offering and the elegant dining experience at Mooncusser,” he says.

It begins, mercifully, with a selection of oysters on the half-shell, paired with a cider mignonette. When dining critic Jolyon Helterman was reviewing Mooncusser for Boston in late 2017, he was incredulous that the first-floor bar didn’t offer oysters. “[W]hen you’re dispensing serious Jura crémant from a triangular bar this close to Park Square and you’ve got a name like Mooncusser—which technically means ‘land-based night pirate’ but 100 percent reads as oyster variety—it feels like a bait and switch,” he wrote.

Calhoun says that very public feedback was noted, and Helterman wasn’t the only guest who lamented the lack of a raw bar. “The new menu is more focused on fish, which is really the strength of this property,” Calhoun says.

Johnson has incorporated the same seafood she’s featuring on the upstairs menu into Moon Bar’s fare, such a smoked bluefish pâté made from the collars and other pieces of the same whole, local bluefish she fillets and grills as an entrée at Mooncusser. The restaurant’s unique chowder and Cusser’s popular lobster roll are now both available at Moon Bar, and the team has also added 80 Thoreau’s beloved burger as a non-seafood option. Check out the full menu below.

Moon Bar maintains a lengthy list of wines by the glass, but the bottle options are slimmer now.

“When we first opened, we thought it would be cool to enjoy the [wine] list throughout the building. But even the presentation is a little mismatched. Mooncusser has 25 pages, a huge vertical of Alsatian Riesling—it’s maybe not what you’re looking for when you come in for oysters and a lobster roll,” Calhoun says.

On the “shortlist,” as Calhoun calls it, he settled on 10 options each of sparkling, white, rosé, and red wines. He also added $15, 500-milliliter carafes of white and rosé options for another easily approachable option.

The new food items rolled out at the tail-end of July, while the new wine list debuted this past Saturday. If you ever walked into Moon Bar, glanced around, and turned heel because it wasn’t the oyster bar you hoped it would be, it’s time to revisit. 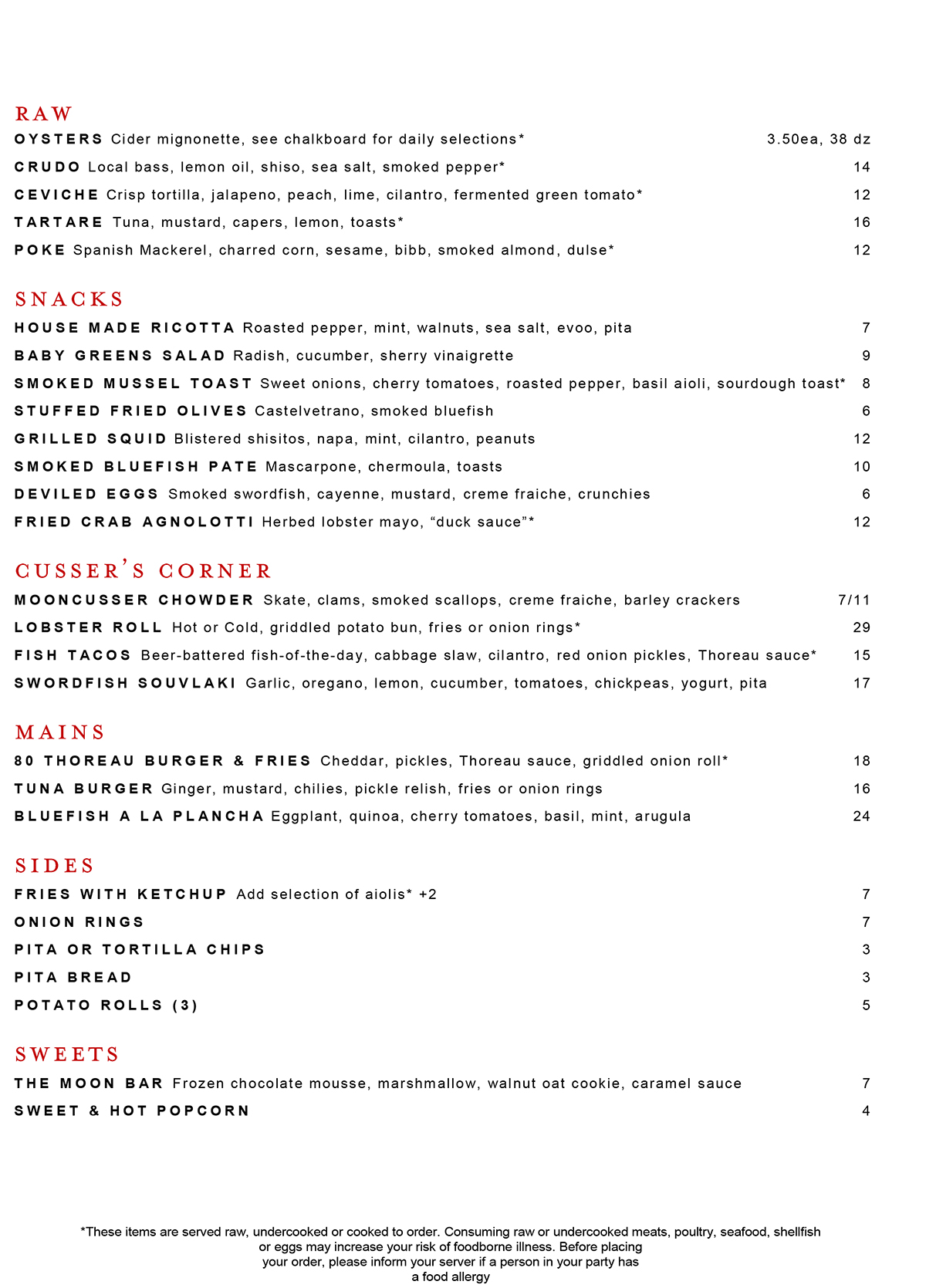 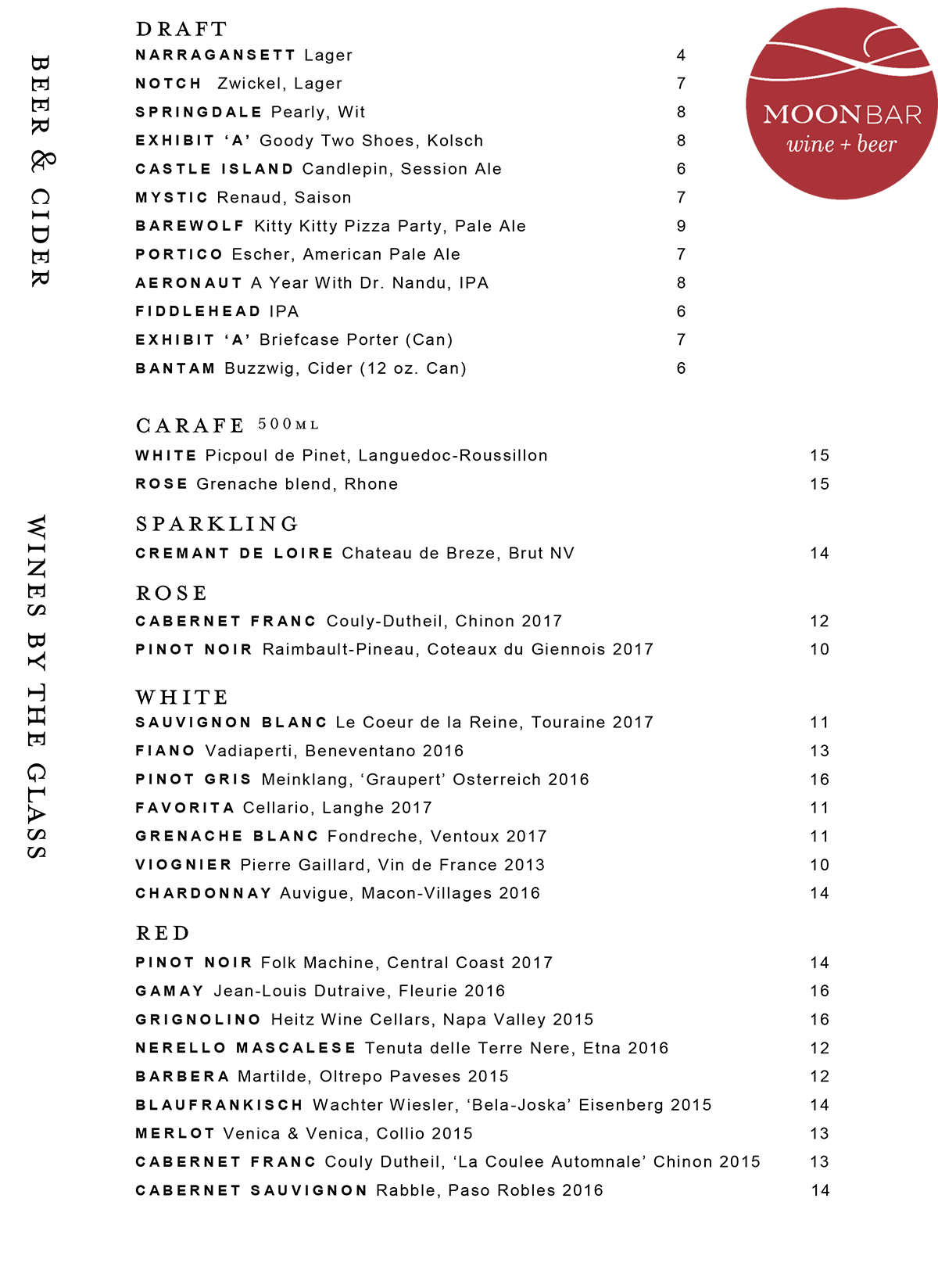 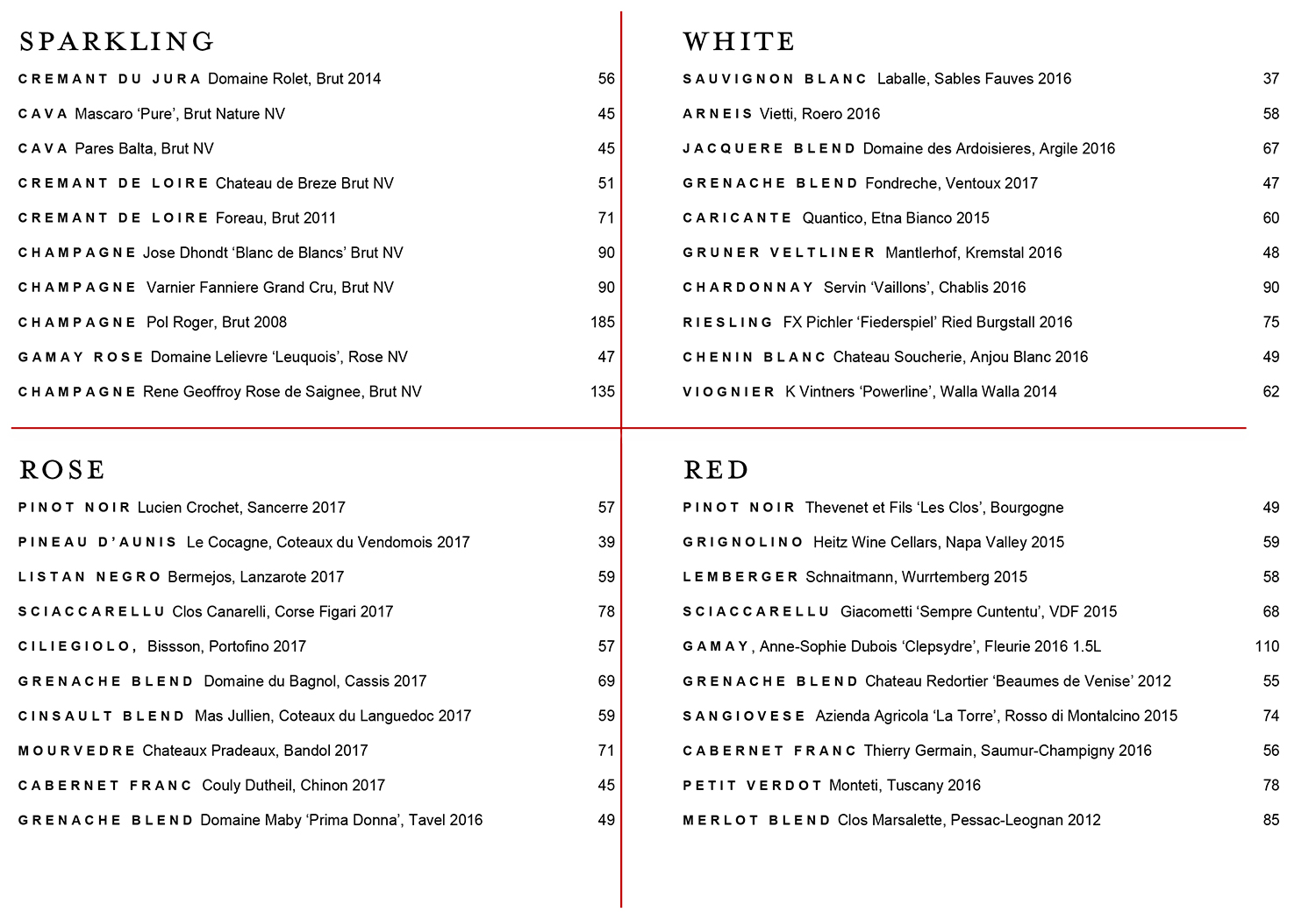