The South End Parish Café Will Close in August

The restaurant was sold to the owner of New York Pizza and Kava Neo Taverna. 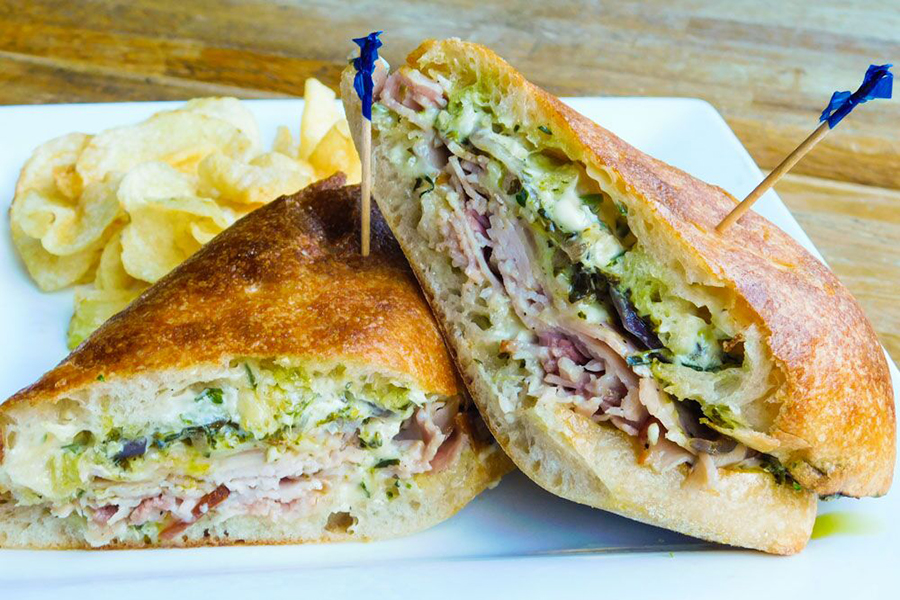 Brian Poe worked with Catalyst chef William Kovel on “the Fully Committed,” one of the newest sandwiches on the Parish Cafe menu. / Photo by Jeannie Hannigan / Front Burner Social

Change is afoot on a South End corner of Boston, but just what might be headed to Mass. Ave. and Tremont Street remains to be seen. What is known, though, is that Parish Café will shutter its second location later this month.

“After a successful run, my partners and I decided to sell Parish Café II to the owners of New York Pizza,” founder Gordon Wilcox told Eater Boston. That ownership group includes George Axiotis, who is also a partner at the Greek go-to Kava Neo Taverna and Newbury Street’s Puro Ceviche Bar. “George and I are friends, and he made us an offer we couldn’t refuse,” Wilcox said.

Wilcox and his original business partners, chef Sean and Elaine Simmons, put Parish Café on the map in 1992 with a menu of sandwiches created by Boston’s best-known chefs. In 2010, they expanded into the South End. Both locations have continued to rotate through a deep library of recipes, such as the Lydia, New England lobster salad with lemon, parsley, celery leaves, and balsamic mayo on peppercorn brioche, by Lydia Shire; and new creations, like the vegetarian Alden by chef Michael Scelfo. The Back Bay location will remain unchanged.

The Simmonses retired early this year, and chef and frequent Wilcox collaborator Brian Poe (The Tip Tap Room, Bukowski’s Cambridge) came on board, along with first-time restaurateur Jerry Ullman. At the time, Poe told Boston that partnering with Wilcox at the two Parish Café locations was another step forward in their continuing business relationship. “The whole plan since we met is growth,” Poe said.

And this is not the beginning of the end of the Parish Café. In fact, Wilcox told Eater a new location could potentially land in the Financial District. Stay tuned for more news about future Wilcox-Poe productions, as well as details about what Axiotis has in mind for the Parish Cafe II space.

In the meantime, swing through for one final Blue Ginger tuna sandwich, Bondir Basket brisket, or Bronwyn hot dog on the Tremont Street patio. The final day for Parish Cafe II is Tuesday, Aug. 21, and the plan is to go out with a party for friends, staff, and Mug Club Members.