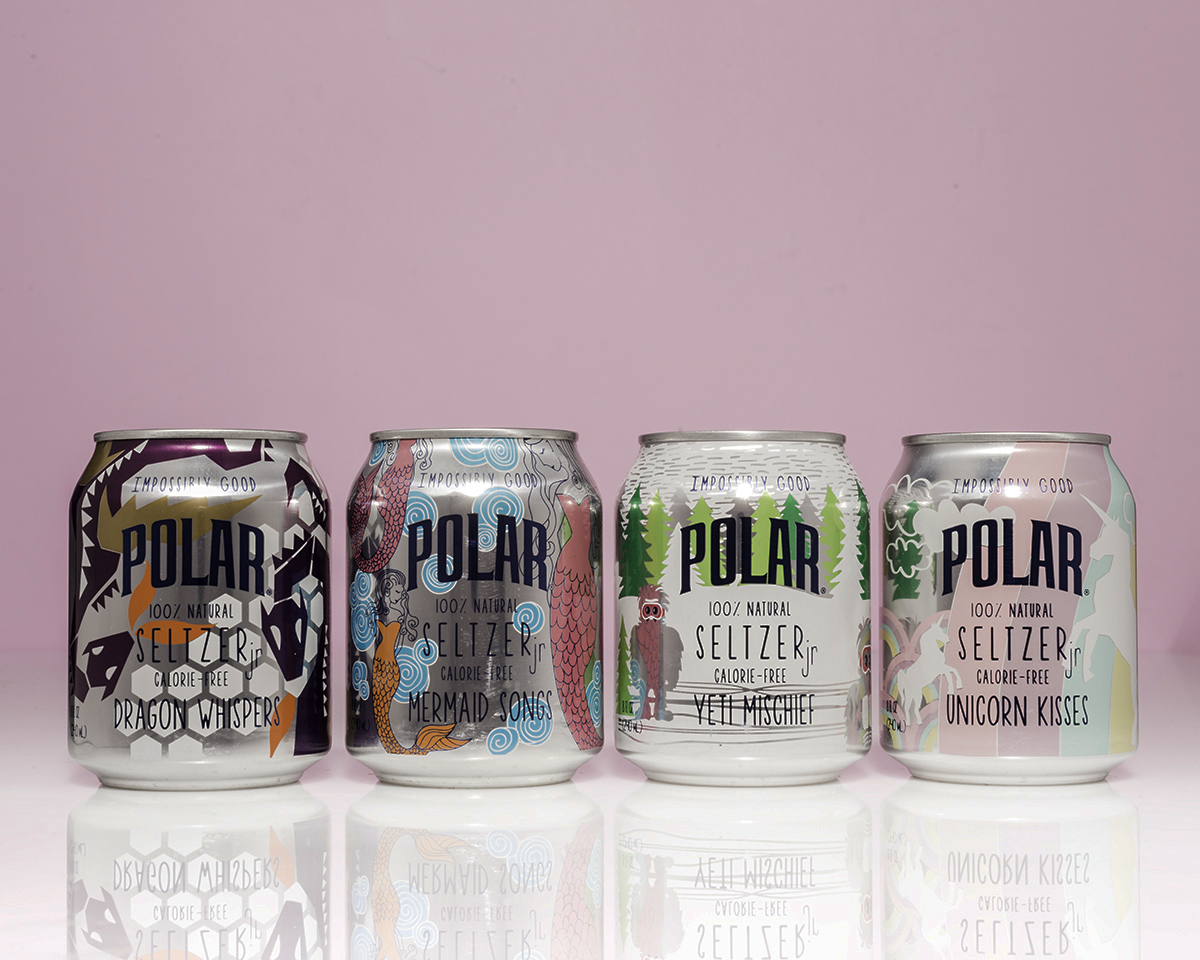 Magical Monday morning news for Polar Seltzer fans: Unicorn Kisses is back, and this time, it’s here to stay. And so are the carbonated candy-like flavors Yeti Mischief, Mermaid Songs, and Dragon Whispers—along with two new members of the “mythical menagerie,” Pixie Lights, and Minotaur Mayhem.

A year after introducing fun-sized cans of Impossibly Good Seltzer Jr. flavors, Worcester-based Polar announced to fans last night via email that the lineup is now year-round, and includes six SKUs. The cases are shipping out now—the Boston Globe’s Steve Annear already got some—and fans will be able to find Seltzer Jr. on shelves anywhere Polar is sold within the “next few weeks.”

Polar Seltzer’s rollout of Unicorn Kisses and the subsequent Seltzer Jr. flavors is the stuff of legend. Back in 2016, the pastel-rainbow-labeled liters first appeared in the wild in the midst of an emoji-fueled, cute-magical zeitgeist, a year before beverage behemoths like Starbucks started to take inspiration from magical creatures.

Clearly, unicorn drinks found an audience, and last summer, Polar brought back Unicorn Kisses and debuted three more, limited-time-only “mythicals” in eight-ounce cans. A guerrilla marketing move stocked all four flavors in a handful of vending machines around Boston this past winter, and raised some money for arts education.

With tasting notes ranging from Hawaiian Punch to Pixie Stix to Swedish Fish to bubble gum, the Seltzer Jr. series nails a nostalgic niche in the hot seltzer market. The small cans appeal to children and bartenders alike, and we are not surprised to see the series grow, and join Polar’s portfolio full-time.

We haven’t yet gotten our hands on Pixie Lights or Minotaur Mayhem, but we’ll be hitting up our reliable Polar go-to later today to look for them. There’s more than just magical new flavors to discover: Polar Seltzer will reward 100 #SeltzerJr fan posts on social media with a limited-edition Unicorn Kisses enamel pin.