The Porter Exchange udon noodle shop is the only award-winner located in a college food court. 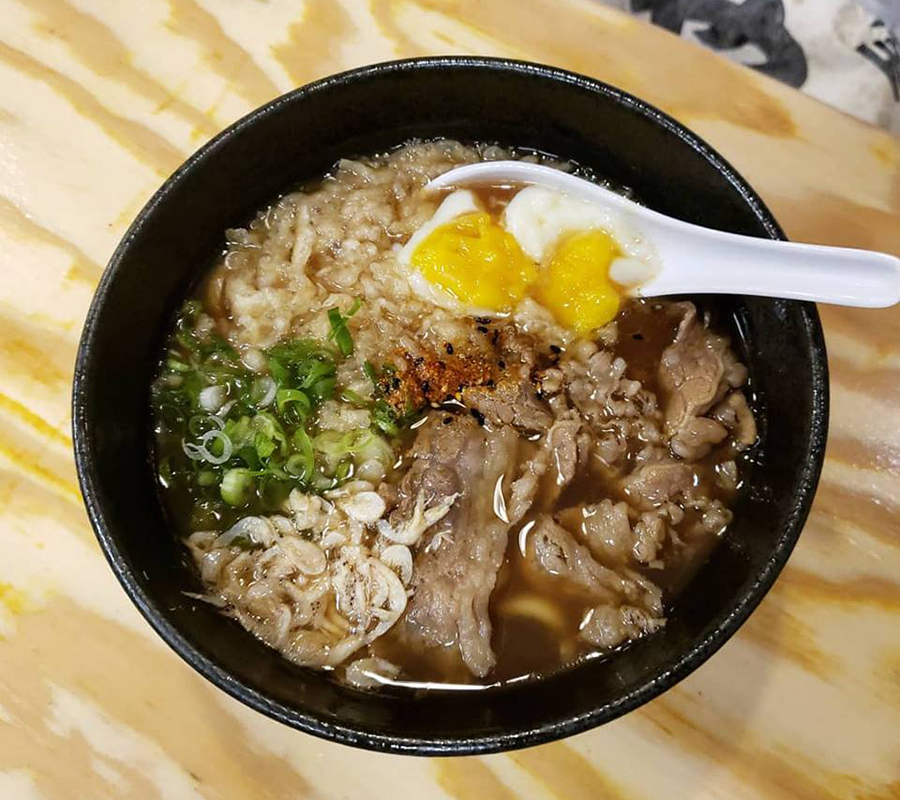 Was Tsuyoshi Nishioka’s dream to open a nationally recognized udon shop at Lesley University? Because that’s exactly what he did. Yume Ga Arukara—which translates to “because I have a dream”—is one of two New England restaurants on Bon Appetit’s 2018 Hot 10 list.

No. 8 on Bon Appetit editor-at-large Andrew Knowlton’s top 10 list of best new restaurants in the country, Yume Ga Arukara is a small storefront located inside the Porter Exchange food court. It’s hidden from, but nearby, Nishioka’s other acclaimed noodle shop, Yume Wo Katare. He tells Bon App that he gets hyper-focused on certain cravings—he only wanted to eat ramen when he decided to open Yume Wo Katare in 2012, and then briefly considered shuttering it when he wanted to open an udon shop. Luckily, he found the low-frills space on the Lesley University campus and now operates both. It’s working out for him.

The Maine wine bar Drifters Wife clocks in at No. 9 on the list, though it helped known Maine lover Knowlton choose Portland for this year’s Restaurant City. Oklahoma City’s Nonesuch, “a 22-seat tasting-menu spot from three chefs whom no one has ever heard of, in a city that no national critic has ever paid attention to,” tops the list, with other honorees located in Washington, D.C., Brooklyn, Los Angeles, Oakland, the other Portland, San Francisco, and Denver rounding out the Hot 10.

“What sets these ten establishments apart from this year’s bazillion openings? The ability to take a timeless concept and turn it on its head,” Knowlton wrote. “To serve the food you believe in without compromise.”