Sweet summer corn, wine and tiny sandwiches in the Fenway, a beer made for Quincy (and all of us), and more. 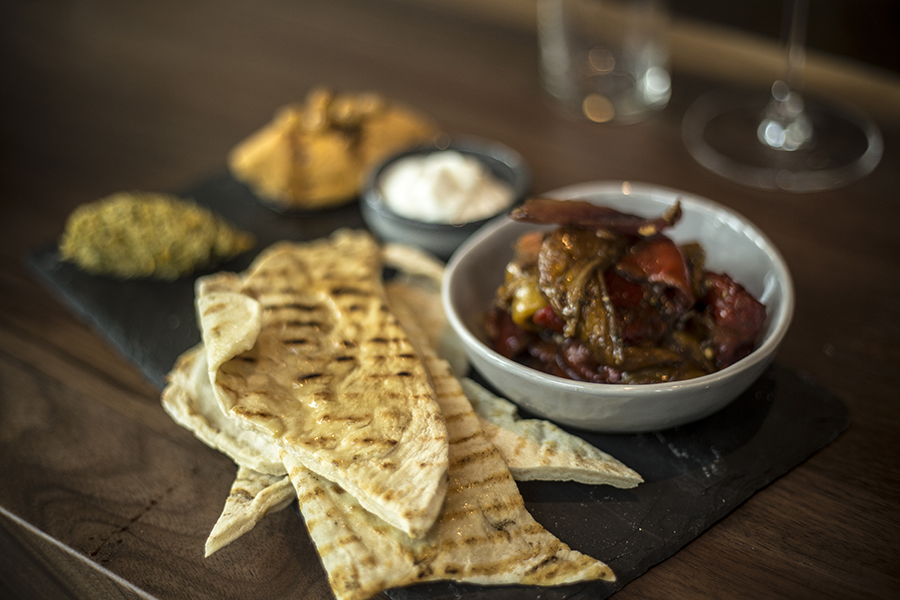 Finger Sandwiches in the Fenway

The Fenway neighborhood has welcomed two of the buzziest recent restaurant debuts, and that calls for wine and snacks. Nathálie Wine Bar, the second venture from Haley Fortier and the team behind Downtown Crossing’s Haley.Henry, has been dishing out Mediterranean-ish meze (pictured), montaditos (tiny sandwiches), vegetables and small plates, and glasses of wine made by women since late July. Starting today, Nathálie now serves the same menu starting at 11:30 a.m. every Thursday-Sunday. Also beginning today, Tiffani Faison and her crew behind Fenway staples Sweet Cheeks and Tiger Mama turn on the neon signs and twinkling chandeliers at Fool’s Errand. It, too, is European-ish wine bar-inspired with very personal and fun touches—the finger foods over here also include tiny sandwiches filled with the likes of raclette and truffle, Benton’s ham and butter, and more; plus crudo, croquettes, and more “adult snacks.” (Eater Boston has the debut menu.) Take a day this weekend for a leisurely, wine and sherry-fueled Fenway crawl to welcome these women to their new homes in the ’hood. 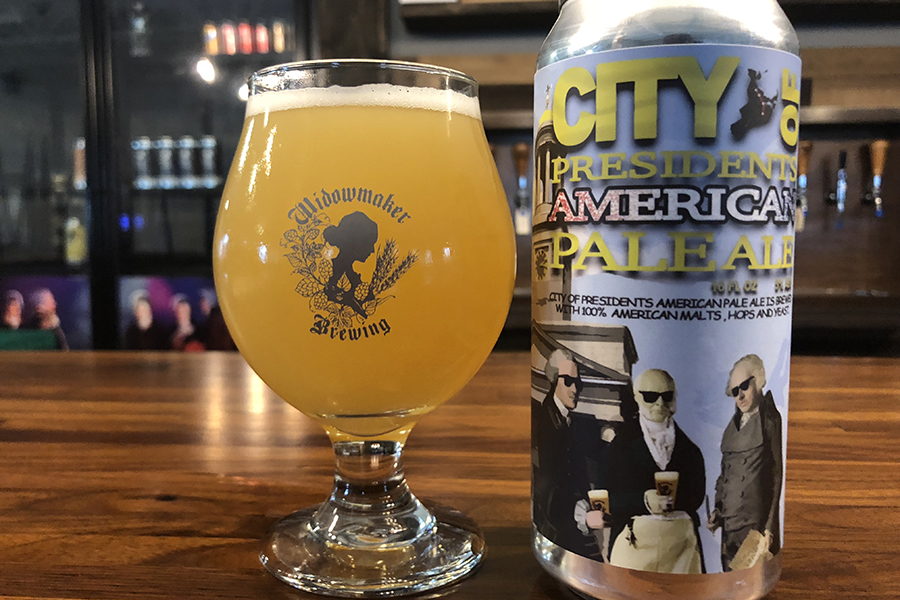 John Adams’s hometown-center has, in recent years, welcomed exciting new restaurants including the Townshend tavern, 16C pizzeria, Zef Cicchetti & Raw Bar; a larger Fuji sushi bar; locations of KKatie’s Burger Bar, Pho Pasteur, Shaking Crab, and more. Next week, a retro cocktail bar called Idle Hour will open from a team of Boston ex-pats; and beer-focused ventures Rewild and Belfry are both eyeing September debuts. All of this excitement, of course, calls for a toast. That’s where Widowmaker Brewing comes in: Though his company is Braintree-based, head brewer Ryan Lavery has a lot of love for the City of Presidents, and he jumped at the opportunity to craft some signature suds for Quincy when he was asked by prominent Quincy promoter, Kerry Byrne. Sixteen-ounce cans of City of Presidents American Pale Ale land at local bars and restaurants this Friday. “This beer celebrates the history of a great American city and pays homage to downtown Quincy’s rapid rise as one of the region’s most dynamic new dining destinations,” Lavery said in a press release. “Quincy businesses and residents have supported our brand in great numbers and we’re excited to provide this exclusive offering.” The Widowmaker team heads to the Townshend at 9 p.m. on Friday, Aug. 17 for an official launch party, then beginning this weekend, find it at bars and restaurants exclusively around Quincy Center. 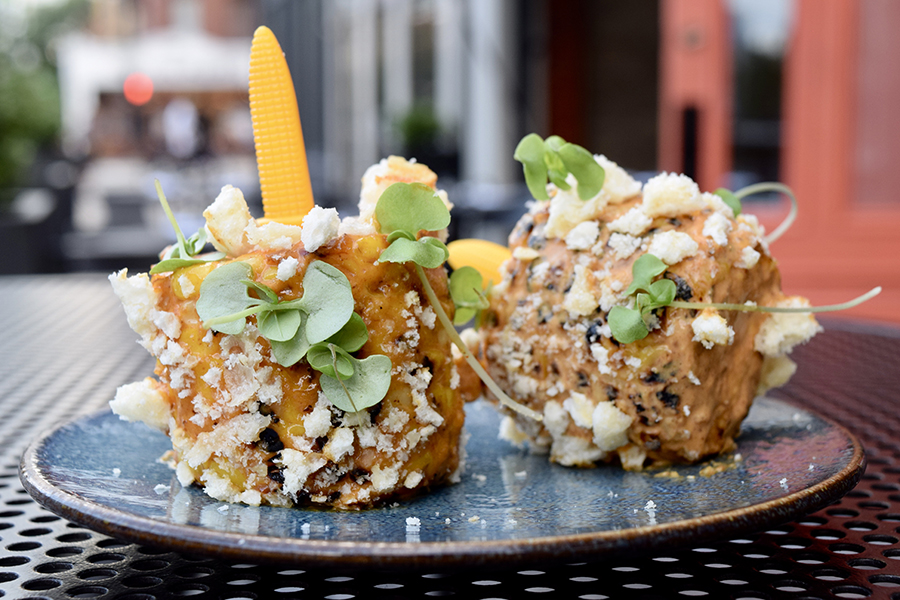 SRV’s corn cicchetti will be on the menu until corn season is over. / Photo by Maria DeNapoli

I think I say this at least once a month regardless of season, but it’s the most wonderful time of the year to eat! The reason this time is because of things like peaches, tomatoes, and sweet, sweet corn. The latter kernels of delight are tempting me all over town, from Mei Mei, where it’s drizzled in carrot-top chimichurri; to Little Donkey, which riffs on hangover curing cheesy corn; to SRV, where it’s rolled in spicy n’duja mayonnaise; to Eventide Fenway, where it adds to a funky surf-and-turf dish with scallops and chorizo; to the brand-new Chickadee, where it’s part of a crab gratin; and many, many more menus. Our native corn season typically lasts through September and sometimes even into October, so now is a good time to stock up on flossers, too. 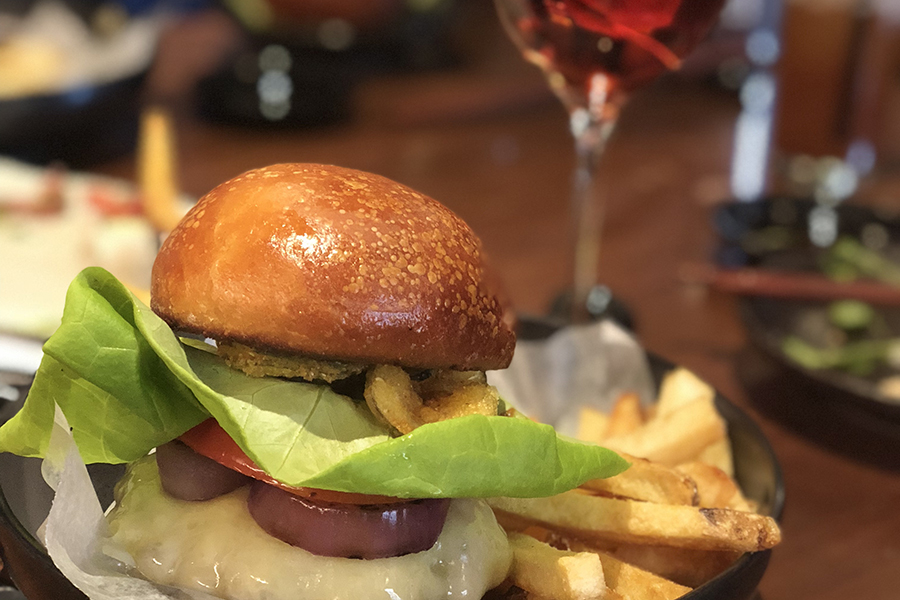 Find the Uni burger exclusively on the late-night menu this weekend. / Photo provided

James Beard Award-nominated, burger loving Uni chefs Tony Messina and Ken Oringer introduced their own take on a nostalgically inspired, exclusively available patty on Marathon Monday. It was a hit, and since June, it has returned one weekend-late-night-menu per month. The patty itself is comprised of short rib, brisket, sirloin, bone marrow, bacon, and dehydrated miso; and it’s topped with both American and cheddar cheeses, balsamic onions, crunchy lettuce, a burnt ketchup remoulade and a fresh tomato slice, and a house secret sauce—it’s a layered flavor experience that nails the main points of a cheeseburger craving. Pair it with a beer slushie or a tiki drink from Vikram Hegde’s bar menu and wrap your hands around this burger this weekend. 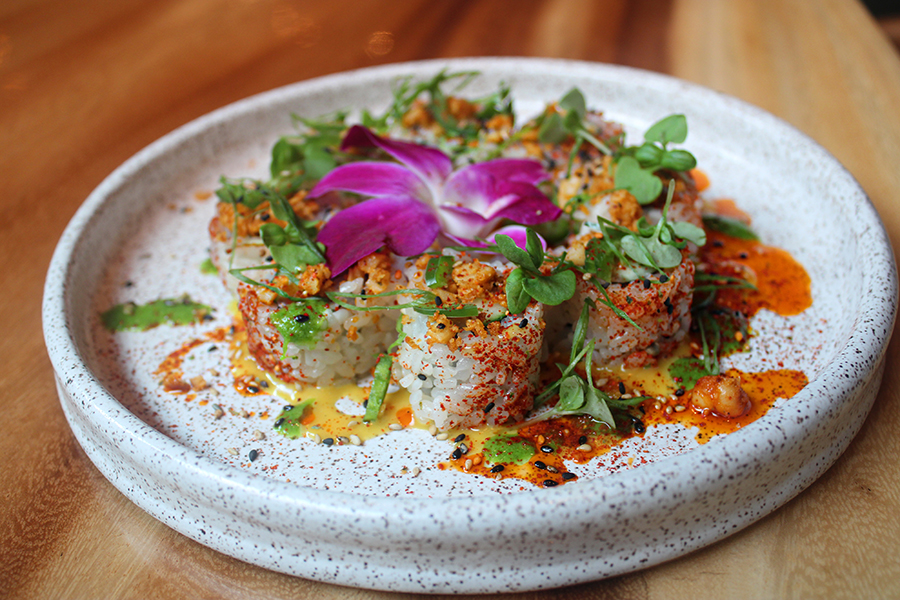 Rap and Rolls at Ruka