By I'm a scraper
Restaurants

Slathered with tasty toppings, these six gourmet franks knock it out of the park—no Sox tickets required. 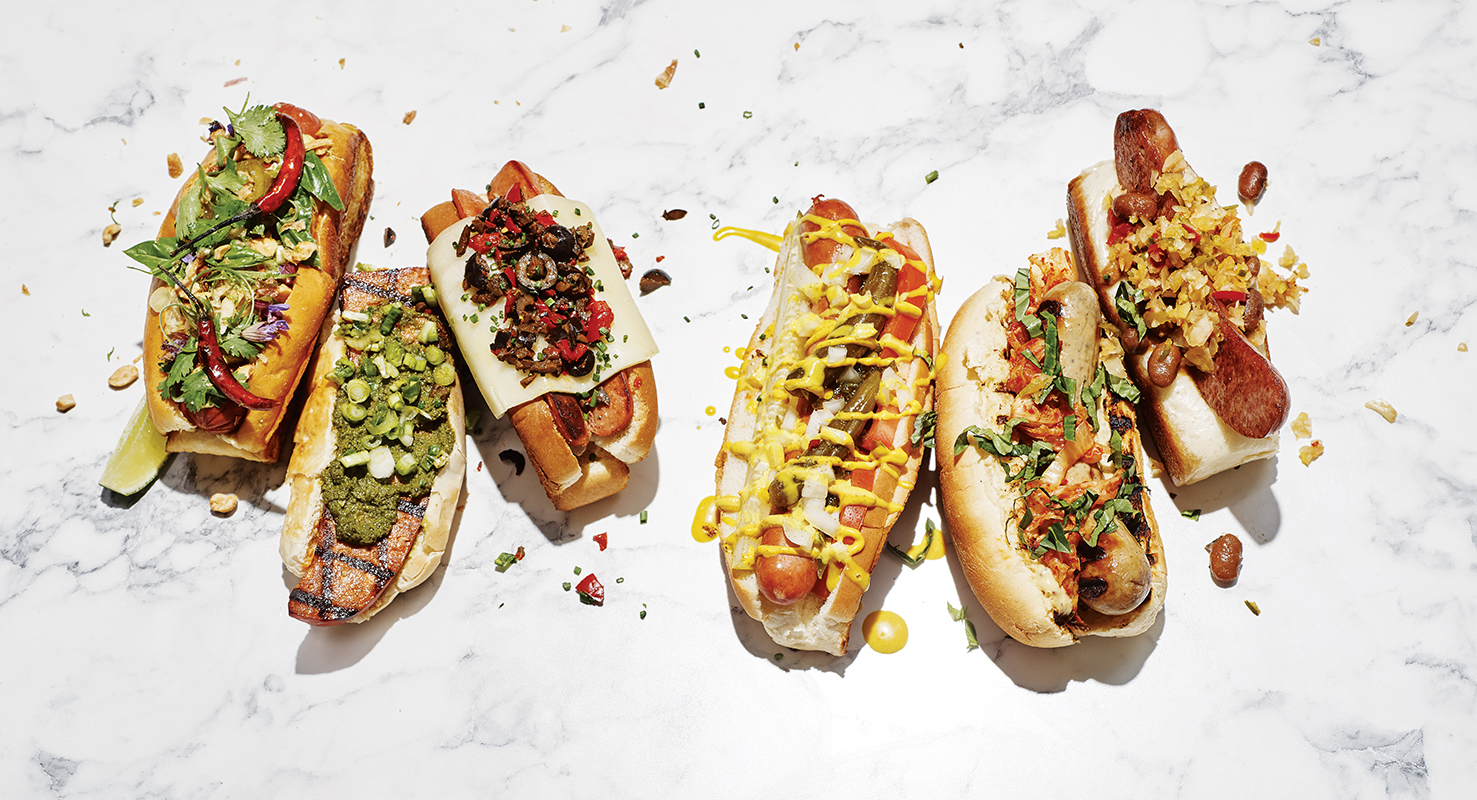 When baseball season rolls around, Hump Day is better known as Weiner Wednesday at Lincoln. That’s when you can order up elaborate creations such as the bacon mac ’n’ cheese dog and the Thai-style dog (1), drizzled with kaffir-lime aioli and a sprinkle of Thai basil, chilis, and crispy shallots. Chef Nick Dixon always uses Wagyu beef franks and New England–style buns—griddled with extra butter on both, thanks to a tip he picked up from Lydia Shire.

Now here’s something you don’t often stumble upon in New England. To make Brass Union’s flavor-packed choripan (2), chef Jon Kopacz nestles a hot-dog-size piece of chorizo in an airy Portuguese-style bun and douses it with cilantro-rich chimichurri. “It’s street food in Argentina,” Kopacz says. “They have carts and hawk them on the street grab-and-go-style, but they taste great when you’re sitting down, too.”

Wrapped in bacon and fried. Topped with guac and salsa con queso. Covered in melted provolone and olive-pepperoncini relish in the style of a New Orleans muffuletta (3). Executive chef Suzi Maitland has overseen the creation of at least a thousand creative “dogs of the day” since Trina’s opened almost 10 years ago. But beneath all of those accoutrements you’ll always find a Kayem beef frank. “It’s the same one you get at the Sox, of course,” she says.

Owner Dave Cagle isn’t afraid to experiment with his hot-dog toppings—in fact, he once whipped up a special with foie gras and a Sauternes reduction. His canvas, however, is simply nonnegotiable. Snappy, Randolph-made Pearl Kountry Klub franks are the star of all three of his regular offerings, including a rare-in-these-parts Chicago-style “Green Dog” (4) and two chili dog options, one with Inner Beauty hot sauce and one without.

It’s technically a bratwurst, but Uni executive chef Tony Messina likes to refer to this new late-night item as a “foie dog” (5). As rich as it gets, the pork-and-duck-liver sausage from Connecticut’s Bella Bella Gourmet Foods is poached in beer, seared on the grill, and then stuffed into a griddled house-made potato bun. Delivered to your barstool with Napa cabbage kimchi and beer mustard, it pairs perfectly with one of Uni’s Thai-style Sapporo slushies.

When Fenway’s in your name, having a frank on the menu is simply a given. But the James Beard Award–winning chefs behind this upgraded New England seafood shack would never just throw a dog in a bun and call it a day. Enter Eventide’s “Fenway Frank” (6). Available all day during home games only, it features griddled pork knackwurst with two topping options: sauerkraut and maple mustard, or home-style baked beans and kimchi relish.