Formaggio Kitchen Will Add a Second Cambridge Store This Fall

The expansion into the Kendall Square area is driven by the need for more kitchen space. 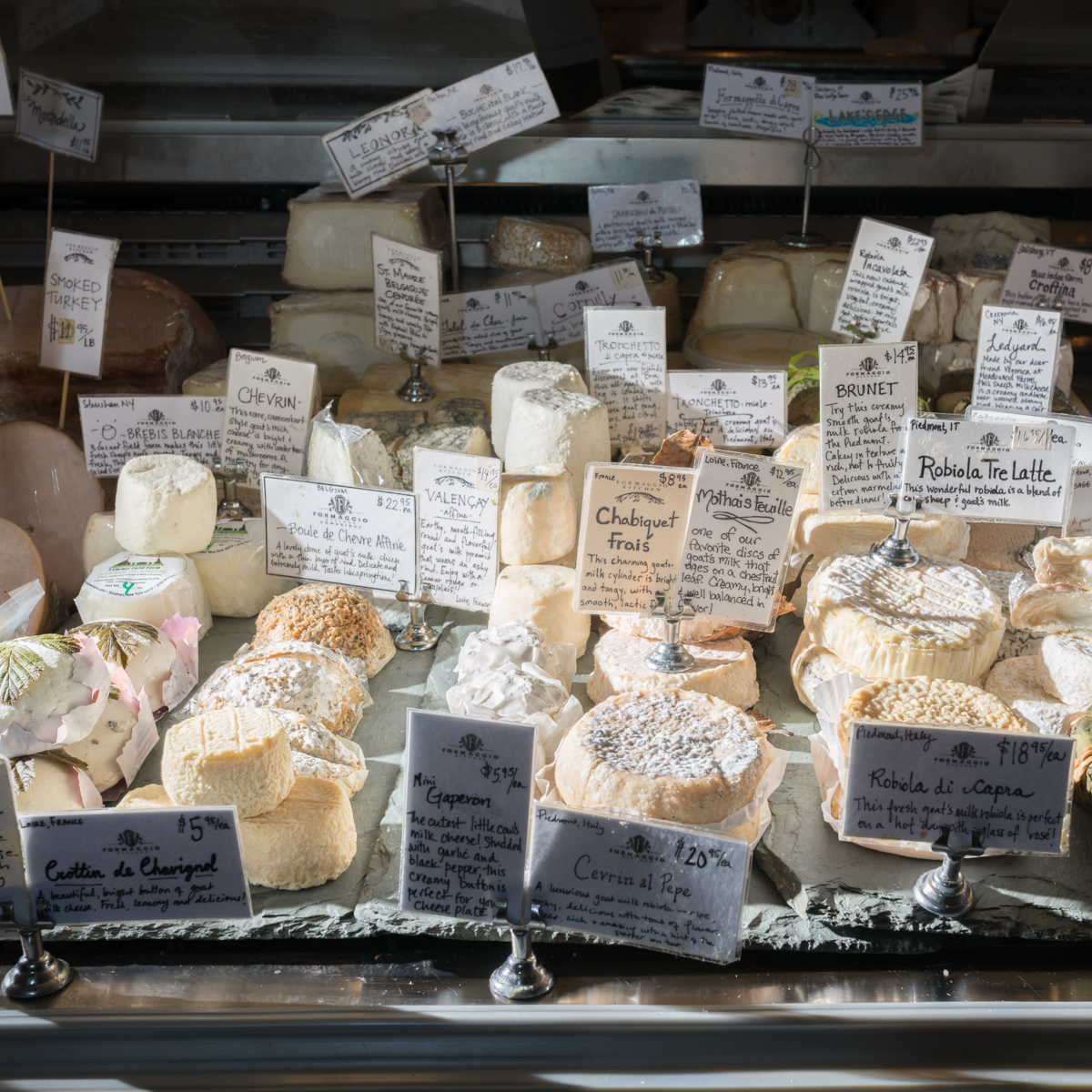 The cheese case at Formaggio Kitchen’s flagship location in Huron Village. / Photo by Toan Trinh for Best of Boston 2014

What are the key ingredients to 40 years of success? At Formaggio Kitchen, it’s a whole lot of cheese. The beloved mini-chain, a Huron Village staple with locations in the South End as well as New York City’s Essex Street Market, will celebrate the milestone anniversary this fall—and soon after, it will open a third Boston-area location, Boston Restaurant Talk reports by way of Cambridge Day. Formaggio Kitchen is headed for the former Edible Arrangements storefront on Hampshire Street, right next door to Lord Hobo.

The latest expansion, which will debut later this fall, is driven by the need for more kitchen space, says Formaggio co-owner Valerie Gurdal. But it will have a small retail operation in the front. It’s about 1,500 square feet of space, including 500 square feet of dry storage in the basement.

Over the decades, Formaggio has amassed more than a dozen Best of Boston awards—most recently this year—for its cheese selection in both North Cambridge and Boston. The newest store’s inventory will be more akin to the Shawmut Ave. store than the original Cambridge location, with an “edited selection” of cheeses and charcuterie, dry goods and spices, prepared and grab-and-go foods, and potentially some produce. Gurdal and her partner and husband, Ihsan, also plan to apply for a beer and wine license to sell a complementary selection of libations.

“We’ll have sandwiches for the lunch crowd, muffins, and coffee, and bread,” Valerie Gurdal says. “We pack a lot in.”

There is also potential for the Kendall Square-area location to host some educational classes in the future, she adds.

The Gurdals have been looking for more kitchen space, to relieve some of the pressure on their Huron Village facility, for several years, Valerie says. Formaggio’s catering arm—cheese and charcuterie boards for Harvard and MIT-affiliated events, trays of lasagna, platters of sandwiches for corporate meetings—continues to grow, especially with the rise of online delivery services like Caviar that make it easier for folks to order, she says.

“It’s hard to find exactly [the space] you want that meets all the requirements,” she says, but the Hampshire Street location is it: It doesn’t require too much in terms of renovation, though they are upgrading the electrical and plumbing, redoing the floors, bringing in some new kitchen equipment, and painting. The other main draw? The community feel. “We happen to be partial to neighborhoods,” Gurdal says.

Speaking of neighborhoods, the flagship Formaggio is planning a block party of epic proportions to celebrate 40 years next month. On Sunday, Sept. 23, Huron Ave. will shut down to traffic in front of the store for an afternoon of family-friendly activities, tastings from the likes of Oleana, Alden & Harlow, Coppa, Island Creek Oyster Bar, and Loyal Nine; a beer garden with Trillium and Lamplighter; live music; and more, with 100% of proceeds benefitting Cambridge non-profit Food for Free.

The Kendall Square store, meanwhile, could open in October or maybe November—certainly in time for the holidays, Gurdal says.