The best beer to pick up for moving day, a sweet pop-up from the new Copley Square By Chloe, and more. 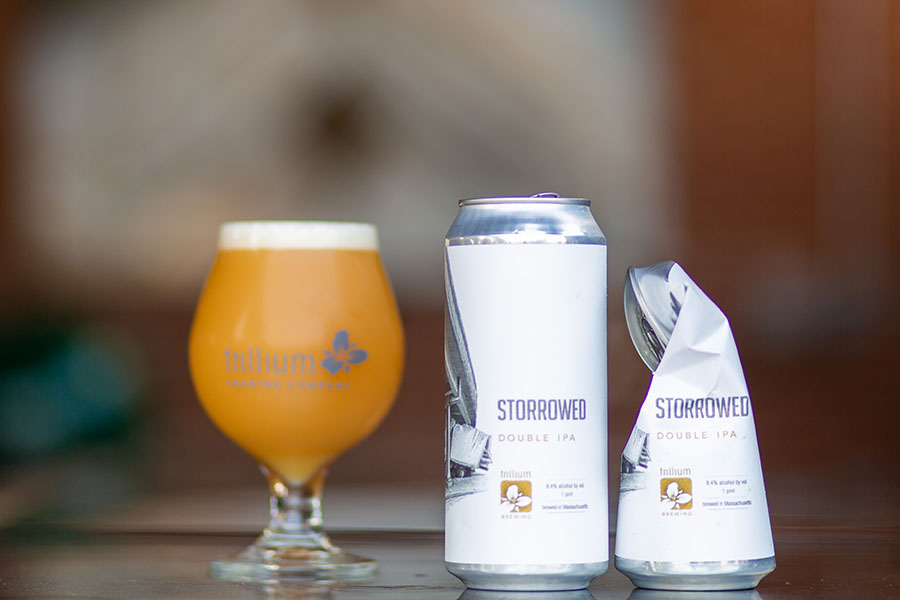 Good morning, Boston! As the city’s big moving day of September 1 approaches, it’s worth another reminder that you cannot drive a moving truck on Storrow Drive. The truck will get Storrowed, your poor choices will clog traffic, and you will be lambasted on the internet. Also worth remembering: That time Trillium Brewing Company teased us, suggesting on Twitter that one of its delivery drivers failed at this most basic Bostonian principle. That hair-raising image of the crushed Trillium truck turned out to be an elaborate marketing stunt for a double IPA called Storrowed. Appropriately, that crushable brew returns this weekend. It hits draft lines today at the Canton taproom, and is also available at both Trillium breweries in four-pack cans to-go. Pick some up to reward yourself after a hopefully uneventful move. 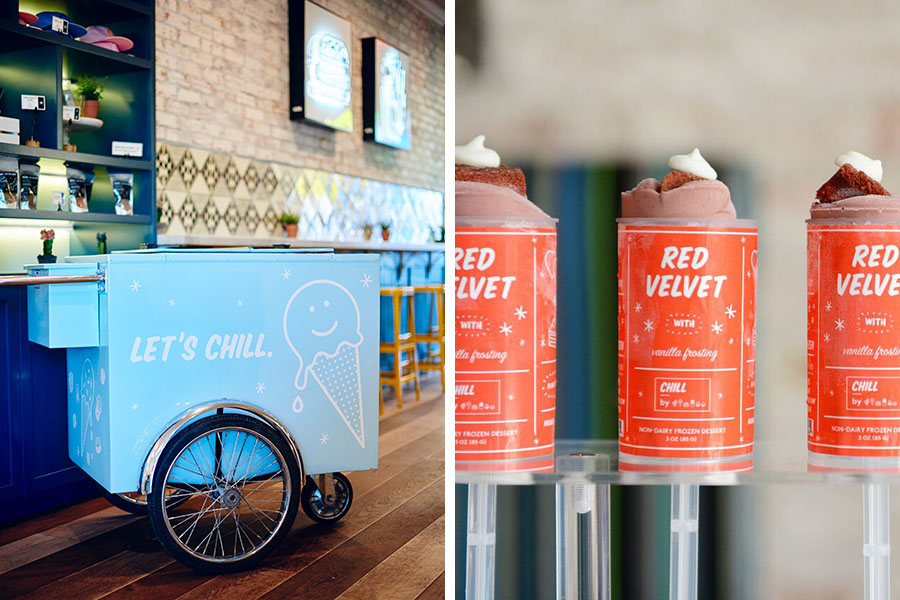 Photos provided by By Chloe

Frozen Red Velvet Push-Up Pops, Because Summer’s Not Over

By Chloe, the vegan-friendly Technicolor dreamland imported from New York City, opens its third Boston-area outpost in the Back Bay next week. To introduce themselves to their new ’hood, the team is rolling into Copley Square this weekend with a cute cart loaded with its Chill By Chloe frozen push-up pops. The dairy-free treats come in flavors like Funfetti Birthday Cake and Matcha Coconut Babka, and the Boylston Street outpost will have an exclusive Red Velvet version, too. Try all three from the cart for $5 a pop between Friday, Aug. 24 and Monday, Aug. 27—and pick up a discount coupon (valid through Sept. 30) to check out the latest By Chloe once it opens on Tuesday, Aug. 28. 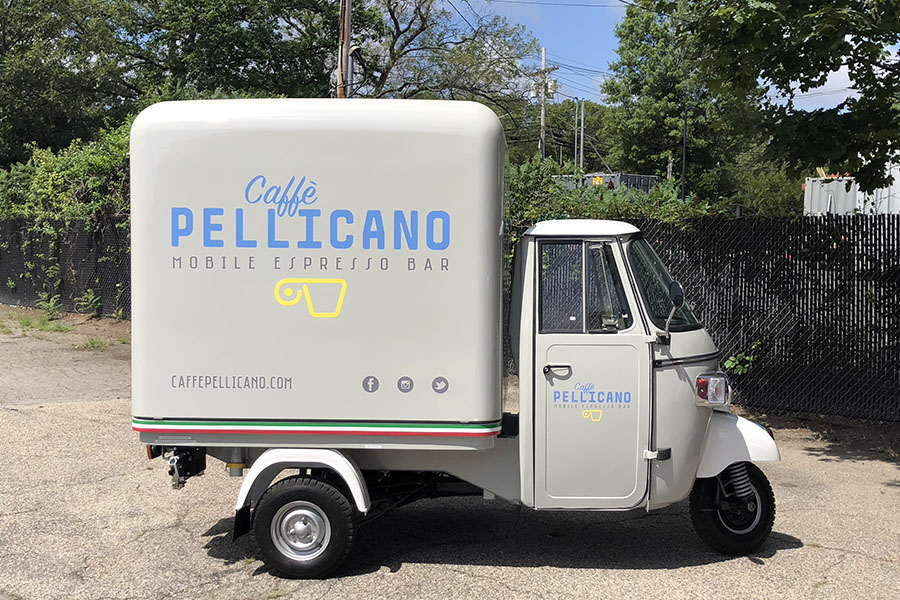 The Feast of St. Anthony takes over the historic North End this weekend, with blessings, processions, music, and of course, a ton of Italian food and drink. It’s also the debut of Caffe Pellicano Mobile Espresso Bar, the latest venture from Philip Frattaroli and his father, who own Ducali Pizzeria, Filippo, and Lucia Ristorante in the North End, and East Boston’s Cunard Tavern. The tiny, three-wheeled, vintage Piaggio Ape can navigate the neighborhood’s narrow streets, and will be around serving espresso drinks, cold brew, and homemade biscotti to festival goers. It will also set up during Ducali’s annual Cin Cin Beer Garden pop-up in front of Filippo Ristorante, to serve up negronis, canned rosé, and Prosecco alongside the traditional Budweiser and pizza. Check out the full Feast schedule at stanthonysfeast.com, and caffepellicano.com to stay connected with this year-round roving coffee mobile. 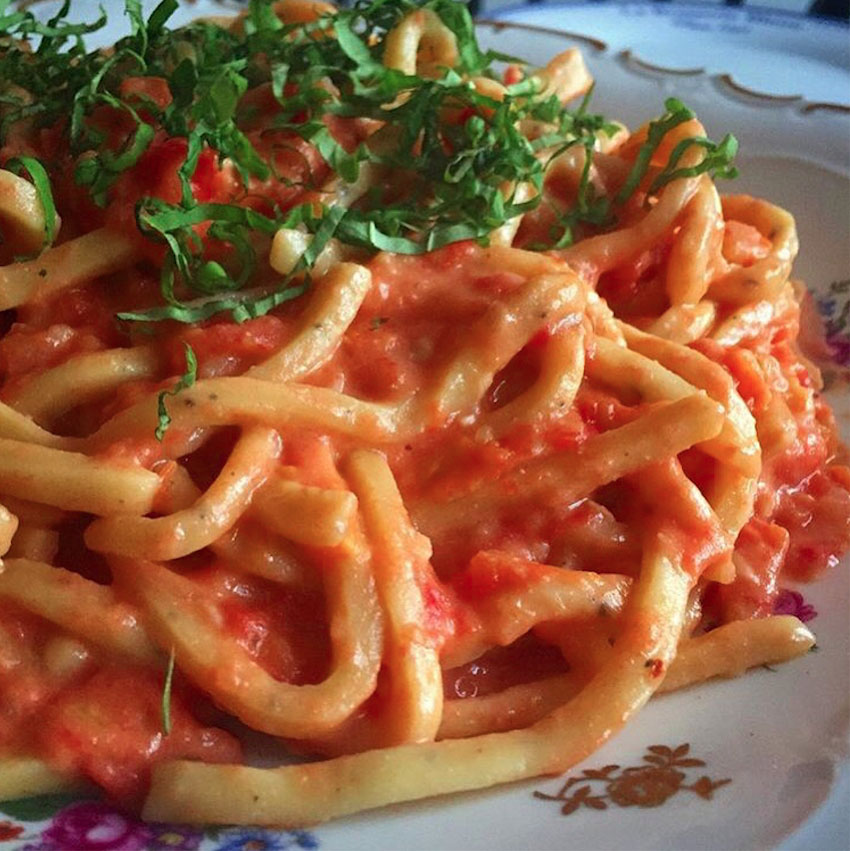 Oleana alum Graham Boswell’s veggie burger-born pop-up Littleburg is turning the Allston Diner into a noodle bar on Saturday night. Get one of the remaining tickets for a three-course meal of tyropita (a Greek-style pastry filled with cashew ricotta, local corn, and harissa), Boswell’s rustic, chewy noodles topped with your choice of sauce and vegan-friendly protein and veggies, and bruléed cloud cake topped with local blueberries. Pair it with house-made sodas flavored with local plum, cucumber, purple basil, or sumac. Tickets are just $25 including gratuity, but there will also be some tasty additions as well, like battered fairytale eggplant with tomatillo zhoug and almond sauce.

Since April, Commonwealth chef de cuisine Nicco Muratore has transformed the Cambridge restaurant into a crispy poultry haven called Ducky’s Fried Chicken every Sunday afternoon. But sometimes, folks just want (or need) a big ol’ egg sandwich for brunch—and now you can have that, too. Alongside bacony breakfast sandwiches, the expanded menu now includes seasonal salads, fries, and more. Check it out this and every Sunday from 11 a.m.-3 p.m. 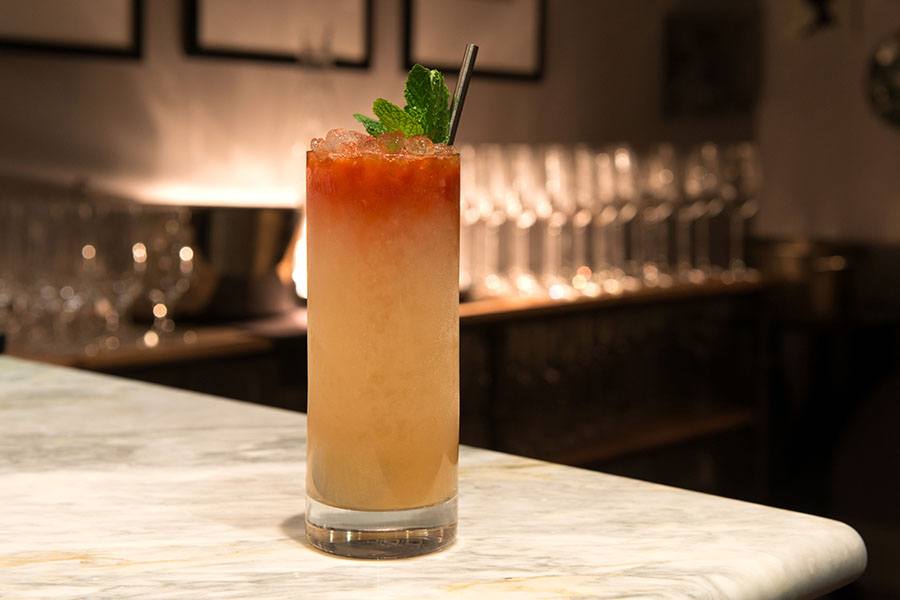 A swizzle at the Hawthorne. / Photo by Melissa Ostrow

Summer isn’t over yet, folks—but the seasonal Swizzle Sunday series almost is. Toast to the waning warm weather on the Hawthorne patio with Jackson Cannon and Sean Frederick, the final weekend’s guest bartender. An alum of Citizen Public House and Yvonne’s, Frederick now works with Maison Ferrand selling Pierre Ferrand Cognac, Plantation Rum, Citadelle Gin, and more sultry spirits. The boss bartenders will be dueling with the blenders, and festive summer dress is encouraged.