The ultra-cool pop-up is adding more experiences to its business model. 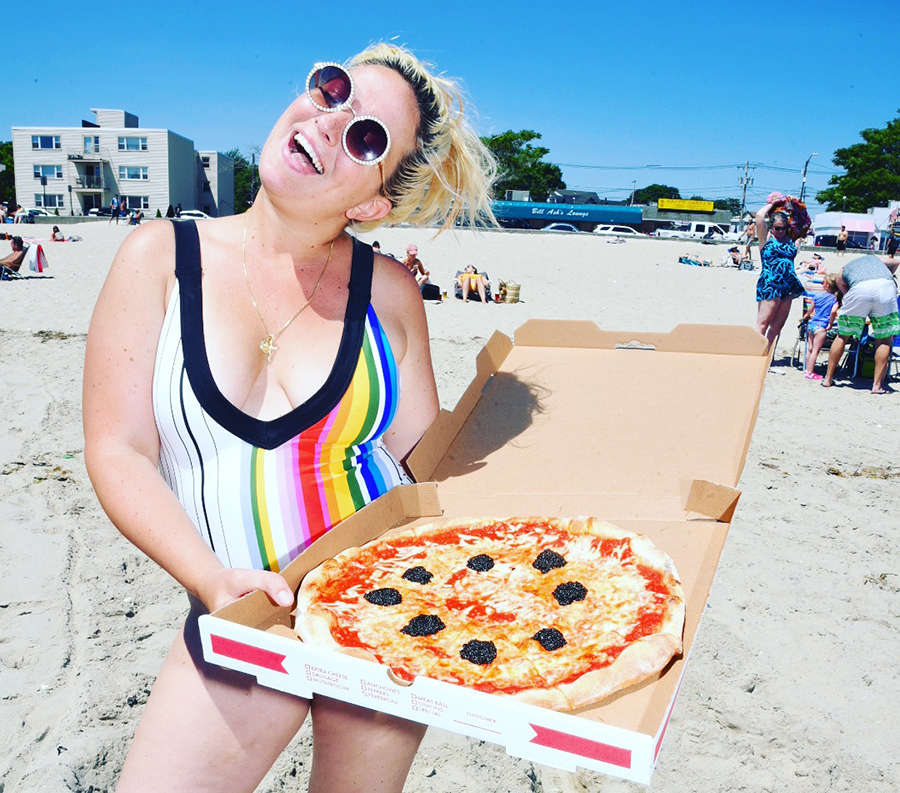 With super-secret pop-up parties featuring Instagrammable moments like an ice luge for oysters, CBD-infused “stoney negronis,” and rosé-filled Super Soakers, East Boston Oysters is a true creator of the Fear of Missing Out. But now these experiential party people have an option to amplify even the most chill of Friday nights: EBO now delivers caviar-drenched slices of Santarpio’s Pizza.

It was only a matter of time.

“Santarps cheese [pizza] with caviar is the best,” says Alexis Cervasio, the creator of EBO and master of putting caviar on everything.

The Best of Boston and Improper Bostonian Boston’s Best pop-up, EBO chiefly deals in ticketed parties and dinners at quirky locations, mainly around East Boston. But since Cervasio and her collaborators started the series in 2014, the EBO brand has grown to include private and corporate events, waterfront oyster shucking lessons, and merch such as branded tins of domestic bowfin and Italian sturgeon caviar.

The new pizza party delivery will use the house eggs. That means if Cervasio doesn’t have any EBO caviar in stock at the moment, she won’t be able to drop everything and deliver a pizza drenched in it. So, to start, EBO can make a caviar-Santarpio’s delivery happen with a couple days’ notice, Cervasio says. She just announced the service on Sunday night, and says logistics will firm up once it gets some traction.

“I’d like to eventually be able to accommodate last-minute orders,” she says. “I’d love it if this turned into a Friday night thing.”

Cervasio plans to delineate a free delivery map centered on Eastie, while other areas will incur a fee. But for now, inquire with EBO directly to get the delivery price. Each caviar-topped slice of cheese pizza is $10, with a one-pie (eight-slice) minimum.

Is it the weekend yet?