The Tastemaker: How Neighborhood Kid Nick Frattaroli Is Shaking Up North End Restaurants

It’s not just for tourists anymore: This second-generation restaurateur is behind hip concepts like Ward 8, North Square Oyster, and the soon-to-open Tony and Elaine's. 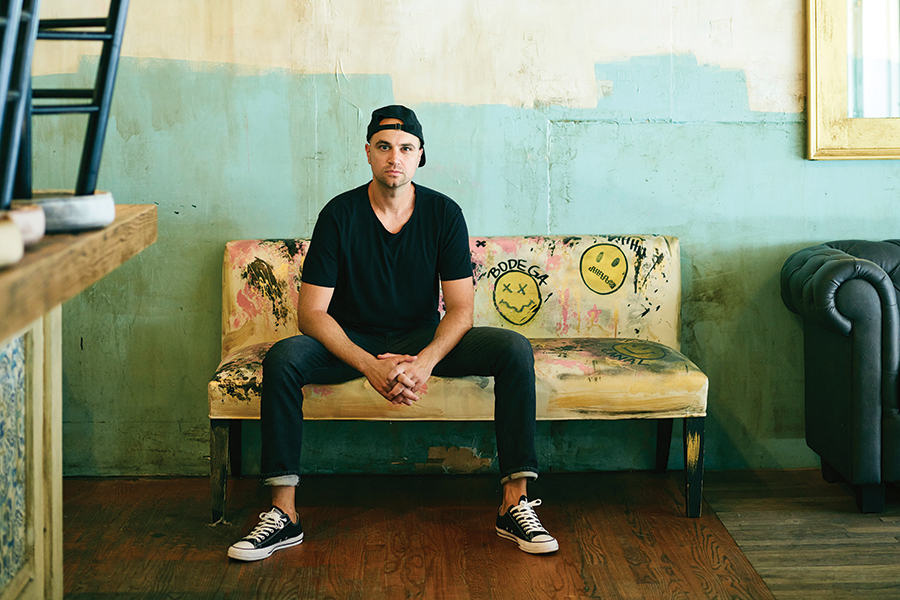 Wearing white-leather tennis sneakers, a T-shirt, and shorts, Nick Frattaroli flashes a peace sign before leaving his restaurant Ward 8. “I’m out,” he says to a host, then steps onto North Washington Street, the busy thoroughfare that divides Boston’s North End from the West End. His gaze moves across the street to the narrow brick-red building that was formerly Amici restaurant. Frattaroli is in the process of converting the space into an ironically retro Italian-American restaurant called Tony & Elaine’s. Set to open in November, it’ll become the fourth property in the Boston native’s rapidly growing restaurant group, and his second in the city’s historical Italian enclave.

With his buzzcut, youthful swagger, and laid-back style, the 33-year-old, who is also behind North Square Oyster and Bodega Canal, doesn’t look like your typical graying North End restaurateur. And that’s likely one of the reasons he’s found success. “I think it helps that we’re creating concepts for people our age,” says Frattaroli, who has two partners in his new All Day Hospitality group. The hallmarks of the trio’s millennial-friendly concepts, while not radical in general, are revolutionary in an area dominated by pasta spots that haven’t changed in decades: trendy, Instagrammable décor; craft-cocktail programs; and of-the-moment dishes such as shellfish towers and avocado toast. They also have a thing for the artfully distressed look. “You can hide more shit that way,” Frattaroli jokes, looking up at North Square Oyster’s neon sign, salvaged from its previous tenant, Gennaro’s 5 North Square.

Frattaroli spent his childhood walking past that sign: For many years his parents were servers at his uncles’ Hanover Street eatery, Lucia. Named after them, his latest concept, Tony & Elaine’s, will have just 50 seats on two levels. He says he wants guests to feel like they’re walking into the North End of the 1970s, which, he later concedes, isn’t actually all that different from the North End of 2018. “The funny thing is, we’re going to try to make it more vintage than it already is,” Frattaroli says. Taking inspiration from the lauded Manhattan restaurants Carbone and Parm, it will serve thoughtful renditions of neighborhood staples—chicken Parmesan, fettuccine Alfredo, meat-packed subs—with an over-the-top throwback vibe (think: roses draped on tables and perhaps even a candle in a chianti bottle). His main challenge, he admits, will be luring South Enders and Cantabrigians out of their neighborhoods and into his. And not only when an out-of-towner asks to go. “People don’t really associate something fresh and on-the-pulse with the North End,” he says. “That’s why I’m trying to funk it up a bit.” But not too much.

This post was updated Friday, Sept. 21 to reflect an updated opening timeline.