Fox & the Knife is a South Boston neighborhood enoteca from the former Myers + Chang chef. 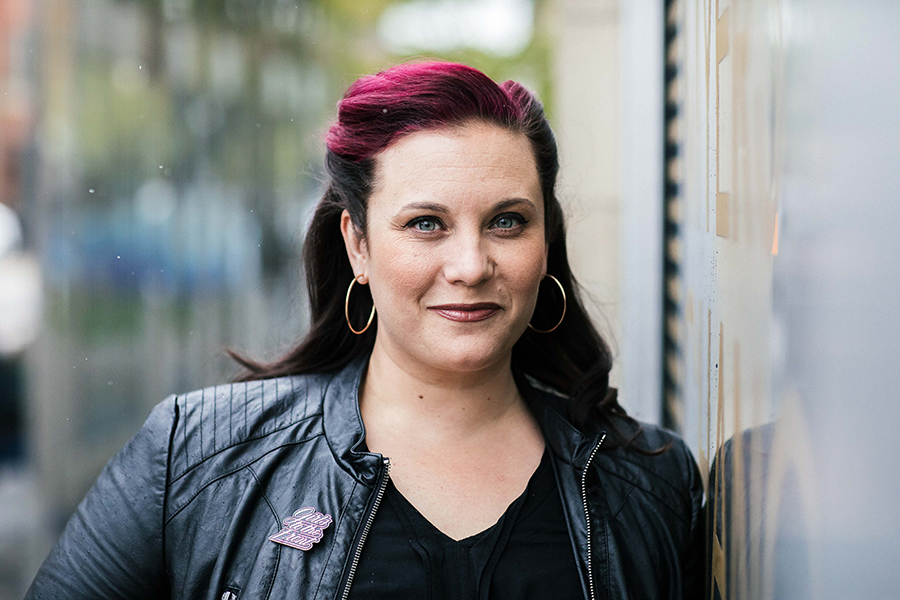 If you’ve walked by the locked doors of 28 West Broadway in South Boston lately—the site of the former Maiden restaurant, right across from Broadway MBTA station—you’ve already known that something is afoot. Now we can confirm the industry chatter: Chef Karen Akunowicz is opening a cozy Italian wine bar in the neighborhood. Fox & the Knife, the first solo restaurant from this year’s James Beard award-winning Best Chef: Northeast, is on track to open later this year.

Since taking over the space last month, Akunowicz and a crew of family and contractors have started cleaning and painting. She plans to keep the Maiden’s bar and the honeycomb-tiled floor around it, and other renovations will be fairly minimal. (Fun fact: Among the many storefronts at the address, 28 W. Broadway was once Whitey Bulger’s regular, Triple O’s.)

With help from Jessica Haley of RODE Architects, “We’re working on making it feel more cohesive,” Akunowicz says. The main dining room can feel separate from the bar. While the design is still being finalized, Akunowicz definitely wants to add a counter looking into the open kitchen “so folks can have the chef’s table experience.”

Fox & the Knife is a neighborhood enoteca, Akunowicz first told Food & Wine. Akunowicz has rounded out the opening team with a couple of Myers + Chang alums: sous chef Tessa Bristol and general manager Alexandra Hayden (the Beehive, Barcelona Wine Bar). While they are working together on the menu and vibe, it’s a personal venture for the former Myers + Chang executive chef and partner. (Her spouse, LJ, came up with the name—Akunowicz is the fox.)

“My goal is always to have folks comes into the restaurant and leave feeling better than when they walked in. We want somewhere that is warm and welcoming, and comfortable,” she says. “Sexy and fun in the dining room.”

While most of her Boston fans know the Top Chef alum best for tangy, bright, and bold flavors at M+C, her culinary career is rooted in homestyle flavors, handmade pasta, and warm hospitality.

Top Chef fans will remember the pink-coiffed chef slaying front-of-house duties during season 13 “Restaurant Wars” (California). Akunowicz hand-rolled tortellini for a collaborative bowl of brodo with future Table at Season to Taste toque Carl Dooley, and she received major props from the judges for the comfortable service she provided as floor manager.

Akunowicz has used her celebrity and culinary skills to raise money and awareness for the Maine lobstering industry, professional women in the restaurant world, ending childhood hunger, and more. She was among “21 Badass Women Changing the Food World as We Know It” in 2017, and is one of Zagat’s most inspiring women in the Boston food scene.

Fox & the Knife has claimed its place on Instagram, and a few temporary signs are hanging on Broadway. Follow chef @karencake for some sneak peeks, and stay tuned for an opening date.