Here's how the Outlook Kitchen leader slayed her first (but definitely not her last) reality competition. 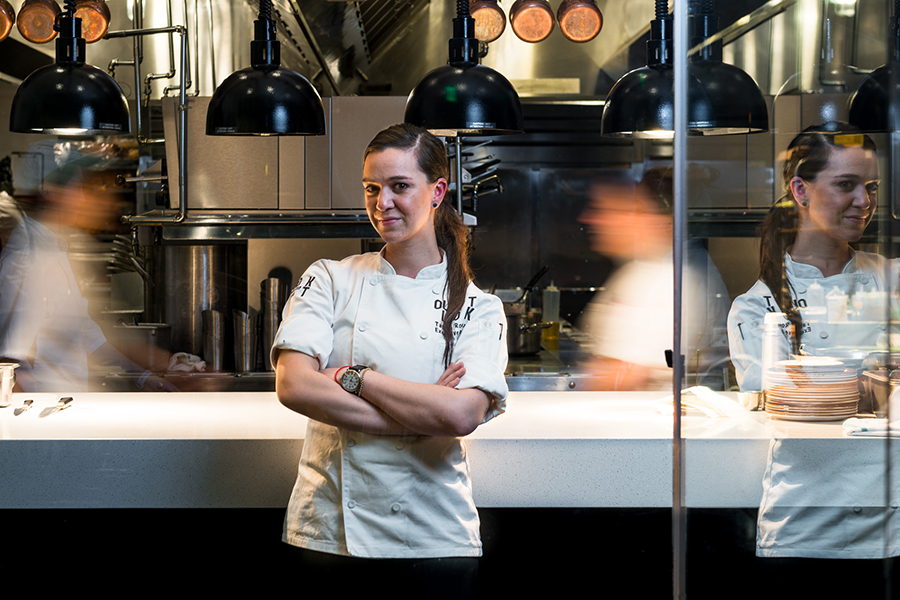 The Boston dining scene boasts another Chopped champion. Outlook Kitchen and Bar chef Tatiana Rosana earned the title during her television debut on Tuesday, besting three NYC-based opponents in a new episode called “Under The Cuban Sun.” And she hinted that a few other food TV appearances are coming soon. (Update, October 23: Catch chef Rosana tonight at 9 p.m., on a new episode of the Food Network’s Chopped Champions Throwdown Tournament.)

Rosana grew up eating Cuban food as a first-generation American in Miami, but she says she doesn’t typically stick to typical Cuban ingredients and flavors in her cooking. When she opened the first mystery basket on the show to reveal red snapper, Cuban coffee, bok choy, and yuca, “I had to decide really quickly if I wanted to go the traditional Cuban route, or do twists on them to be more modern,” she says. She chose the latter. “I cooked in a style I would definitely use day-to-day at the restaurant.”

The chef was confident about her appetizer entry; the yuca and sweet potato hash with pan-seared snapper and a Cuban coffee-cherry gastrique is something that wouldn’t be out of place at Outlook, she says. Rosana admits she didn’t think competitor Claudia Muñiz’s dish looked like a winner—but Chopped judges Maneet Chauhan, Chris Santos, and guest David Guas did. That’s when “I knew I had to look out for her,” Rosana says. 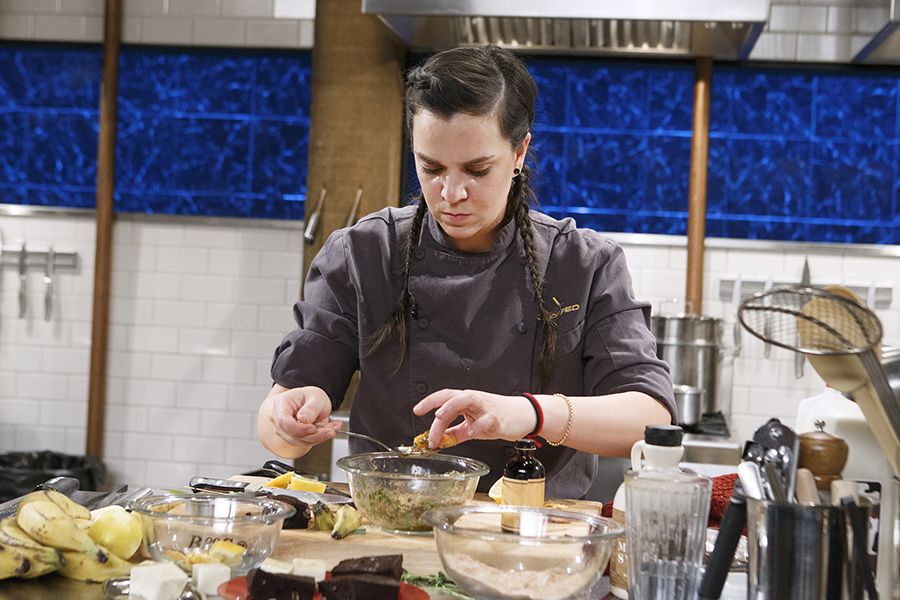 With a whole pork shoulder, buñuelos (fried dough balls), pineapple, and jarred sofrito to incorporate into her entree course, Rosana felt good, but a bit concerned. Cooking the pork shoulder properly in a half hour was the biggest challenge, and the packaged sofrito—a common Cuban base sauce typically comprised of Spanish onions, garlic, and green bell peppers—“tasted horrible,” she says. Rosana decided to trim the pork into small pieces and make a soup, thickening the broth with canela beans and seasoning it heavily to make up for the lack of simmering time.

For her final chance to impress the judges, Rosana took a risk and made a cake using the required guava and cheese skewers, Cuba Libre cocktail (a rum and Coke), plantains, and black bean brownies. It is probably not the dessert she’d make again.

“My cake was not fully cooked inside, and I knew it when it was served to the judges,” Rosana says. “I told the judges it was a molten cake, not just undercooked. They called out my BS,” she says, laughing. The moment has been memed.

Despite Rosana’s first impression that Muñiz wasn’t the strongest competitor, the private chef also made it to the dessert round—and the judges loved her ice cream. Rosana says she was surprised to emerge as the champion, but proud that the judges ultimately found her techniques more elevated and her flavors more sophisticated.

The $10,000 prize money is gravy on top of the bragging rights. Rosana and her wife are thinking about starting a family, and the reward will help the couple toward that goal, she says.

For now, it’s back to work overseeing culinary operations at the Envoy Hotel. Rosana says Chopped fans can expect to see some of the flavors she worked with on the show appear on the fall menu at Outlook.

But the chef has a newfound taste for reality TV—and clearly a knack for it.

“The stress is very, very real, however it’s the most rewarding thing,” Rosana says. “I can tell you that I’ve already filmed two other episodes of other shows. It won’t be the last time you see me on TV.”

Missed her debut? Catch up on “Under The Cuban Sun” and other full Chopped episodes on demand (with a cable login) any time. If her story is inspiring you to give food TV a try yourself? The Gordon Ramsay-hosted Fox program MasterChef is hosting an open call this Saturday, Sept. 15, in Boston.