The Original KO Pies In South Boston Has Officially Closed

The owners cashed in on the building they owned in the hot real estate market, and plan to focus on their East Boston restaurant. 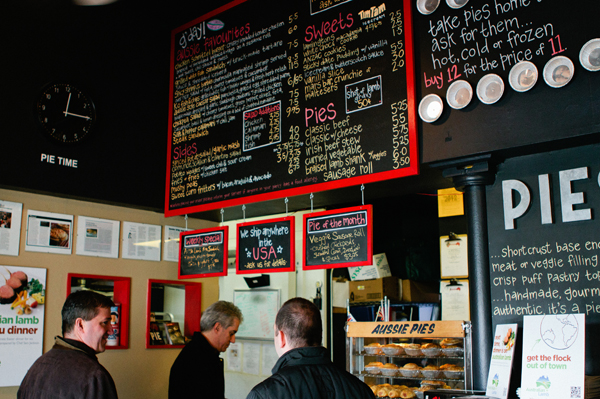 While South Boston has been without its own Australian meat pie shop since the spring, KO Pies made it official today: It has closed for good in Southie.

Owner Sam Jackson wrote on Facebook this morning, “it is somewhat bittersweet to announce that we have sold our building on A street and will not be returning to our original home. We cannot express our thanks and appreciation enough to all the incredible customers that we had over the past 8 years. Same for all the wonderful staff that helped make our little pie shop what it was.”

Jackson and his business partners purchased the building on the corner of A and West Third streets in 2010, then opened the small storefront stocked with handmade pies in flavors like beef, lamb, and curried vegetable; potato wedges, sausage rolls, and more.

While Amrheins has always been around the corner (the restaurant and bar has been in operation since 1890), it was otherwise a much quieter Southie than the one we know today. To say the real estate market in that neighborhood is booming now is an understatement, Jackson says, and selling was a business decision. (Amhreins is on the market, too.)

“I don’t want anyone feel sorry for us. We owned the building, we sold the building. It’s nice to go out on our own terms,” he says.

In 2012, KO Pies expanded with a larger fast-casual restaurant and patio at the East Boston Shipyard. When that opened, Jackson says the industrial waterfront had more vacant spaces than occupied ones, but now it’s at capacity. Among the newer neighbors are Down East Cider, and the free-to-visit ICA satellite museum, the Watershed.

“I’m either very astute in finding cool locations [before they are on other business owners’ radars], or I’m very cheap,” Jackson says, laughing. More seriously, he adds, “I was prepared to take a risk, and the people of East Boston supported us, and we have a landlord who supported us. We’re fortunate to have all those factors come together.”

KO Pies in Southie shut down “for an extended break” on April 25, just after the owners put the property on the market. “A number of factors” would determine whether it would reopen this fall, they said at the time, but the blog Caught in Southie saw the writing on the wall. Today, Jackson says he wasn’t sure the fate of the Southie shop until it very recently sold.

“That little shop had quite the life,” he adds, recalling issues with abutting development, and a 2015 break-in. “It’s bittersweet to close the door, but it’s purely a business decision. The time was right to sell it.”

Jackson is open to new opportunities for the KO Pies brand, but has nothing new in the works. For now, the plan is to remain focused on business as usual at the Shipyard, and on KO Pies’ catering operation.