10 Pop-Up Dinners and Culinary Events around Boston in October 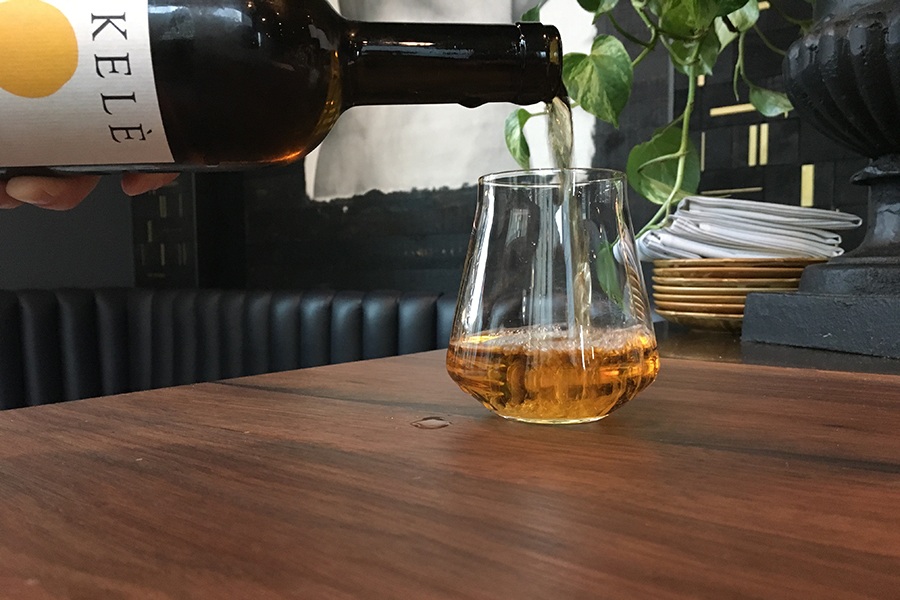 The days might be getting cooler, but the culinary events scene is just heating up. Whether you want to make a reservation for a fixed-price feast this fall or have a beer-y good to visit Salem just before Halloween, check out these can’t-miss food and drink events around Boston this month.

It’s always easy to try something new at Boston wine bar darlings Haley.Henry and Nathalie, which will both open any bottle of wine from their intriguing selections if you commit to ordering two glasses. But this month, there’s added incentive to sip something uncommon: Both bars are celebrating Orange October, with scorecards and prizes for guests who stop in to try five different orange wines at each bar (so, 10 orange wines total). These are white wines allowed to ferment in contact with the grape skins, like red wines. Learn all about this broad category of wines, and sip the spectrum all month long at both bars. Cards are now available.

To mark a full year of inviting guest chefs to try their hands at the Venetian-style snacks called cicchetti, the SRV team is giving its guests a taste of one of the finest dining experience in Boston. O Ya chef Nathan Gould is sharing bites like tuna and lardo on toasted Japanese milk bread, last-of-summer corn kakiage, buckwheat “soba” cavatappi with shiso pesto, and more. The monthly cicchetti takeover series, which happens every first Wednesday, offers the guest chef’s bites on the house, with SRV co-executive chefs’ Michael Lombardi and Kevin O’Donnell’s snacks and Italian-inspired cocktails, wine, and beer available for purchase. 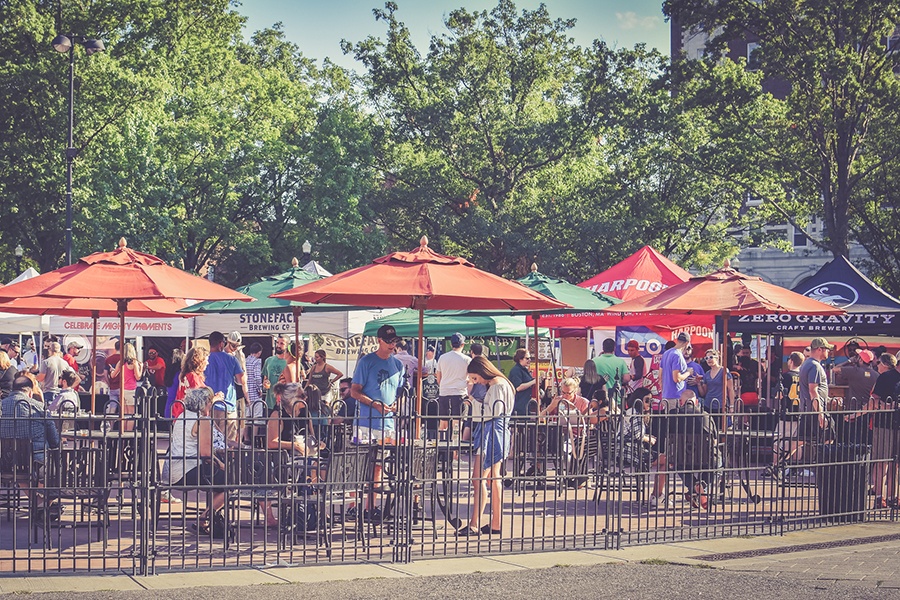 Scenes from the Mass Fermentational in 2017.

The Mass. Brewers Guild’s Worcester beer fest returns this month to the city’s downtown Common Oval, bringing with it more than 60 Massachusetts breweries—including coveted Tree House Brewing Co.—and a handful of out-of-staters, including Solemn Oath from the Chicago suburbs. The annual fall fest is a fundraiser for the non-profit trade association, and helps supports the Guild’s tools like its mobile beer trail map, educational and marketing programs for local breweries, and its beer industry lobbying efforts. Tickets include unlimited two-ounce samples, or designated drivers can get in for $10. There will be food for purchase inside the festival.

For 20 years and counting, sommelier Deborah Hansen has made it her mission to educate Bostonians on the virtues of sherry at her Brookline tapas bar, Taberna de Haro, with flights, food pairings, and more sherry-focused fun. But she’s upping her game for the fifth annual International Sherry Week. Starting Monday, Oct. 8, the bar menu will offer two sherry flights (instead of the typical one), a special sherry cocktail; and an unorthodox sherry-tapa pairing. Pop in Monday night for a complimentary splash of sherry with dinner. A tasting seminar is on the books for Tuesday evening; fino is the focus on Wednesday night; Thursday will see a masterclass for industry pros by day and then flight of sherry cocktails on the menu; and the weekend will bring bottle specials and complimentary tapas to pair. 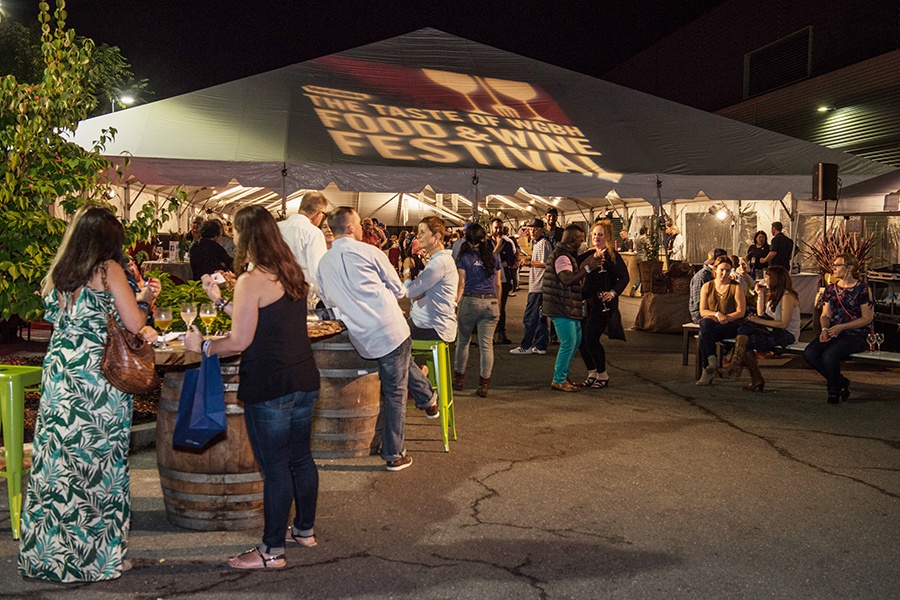 The WGBH Wine and Food Festival returns in October. / Photo provided by WGBH

While chef Rachel Miller’s Nightshade pop-up dinner series typically haunts the North Shore (two dinners are on the books this month), it’s taking up residency for a week in Jamaica Plain. Stay tuned for more details, but make a reservation now for a collaborative dining experience by Miller, a former Bondir and Clio chef; and Brassica Kitchen’s co-owners and chefs Jeremy Kean and Philip Kruta.

Lion’s Tail bar manager Jacki Schromm has been inviting venerable drinksmiths from across the city in for a full year of #WomenCrushWednesday bar takeovers. To celebrate the milestone, 13 former “crushes”—including Tainah Soares of A4cade, Alex Koblan of Bully Boy Distillers, and Kayla Quigley of the Franklin Café, Citizen Pub, and Our Fathers—return this month for an epic reunion. Three bartenders will take the stick at a time, rotating out every hour, and each woman will make a signature drink for the night. Plus: The Lion’s Tail kitchen welcomes guest chef Cara Nance of Lower Mills Tavern in for this #WCW one-year anniversary party. Nance, a Florida native formerly of the Bluewater Bar + Grille in Barrington, Rhode Island, just took the reigns as executive chef at the Lion’s Tail sister spot in Dorchester. The party is priced as you order, and there will also be a raffle, and a pop-up shop from a TBD, local, female-operated boutique. A portion of sales from the night benefits Strong Girls, Strong Women, a local female mentorship organization. 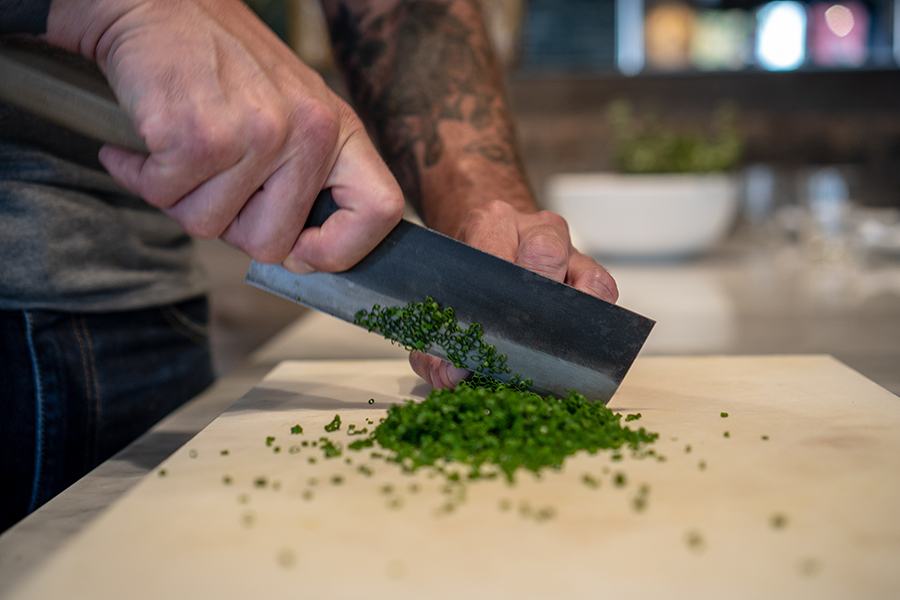 With pumpkin carving and Halloween sequels coming, it’s time to sharpen your knives. Luckily, Alden & Harlow has the pros from San Francisco’s Bernal Cutlery in the house for this month’s industry night. Owner Josh Donald is coming through for sharpening demos and to sign copies of his new book, Sharp: The Definitive Guide to Knives, Knife Care, and Cutting Techniques, with Recipes from Great Chefs. Privateer Rum, Buffalo Trace, and Formaggio Kitchen will also be there dishing out special drinks and snacks for the late-night party. Tickets are $10, or $30 including a signed copy of Sharp. Email info@aldenharlow to reserve a spot.

What better way to kick of Halloween weekend than rocking out to metal in the Witch City? How about if there’s a buzzy beer collaboration involved? That’s all on tap at Notch, which will release its second Voll Projekt brew (a side project featuring beers higher than 4.5 percent alcohol-by-volume), a joint effort made with “Denver’s True Heavy Metal Brewery,” Trve Brewing Co. Called “Devouring Mortality,” the beer is a 5-percent, German-style Dortmunder lager. The Trve team brewed with Notch back in August, and they will be in town again for the debut. Salem record shop Residency is DJing an all-metal set from 6-9 p.m. Considering heading up from Boston? There’s no need to be afraid of Salem in October—just take the commuter rail or the ferry.

Both James Salomone, the executive chef at Parsnip, and his friend David Viana of Heirloom Kitchen in Old Bridge, N.J., came to the kitchen later in life: Prior to taking the helm at Parsnip, Salomone had a 20-year career in construction in Chicago; while Viana was a corrections officer in New Jersey before he was nominated by the James Beard Foundation as Best Chef: Mid-Atlantic this year. To honor their shared background as “second career chefs,” the two are collaborating on a six-course feast called “Second Time Around.” During the one-night-only dinner in Harvard Square, the two chefs will join forces on dishes like crab cannelloni, cioppino, cannoli with an Asian flair, and more. Email hello@parsniprestaurant.com or call the restaurant to make a reservation.