Tupelo Will Close for Good This Weekend

The beloved Southern restaurant in Inman Square cites difficulty hiring as a reason for closing. 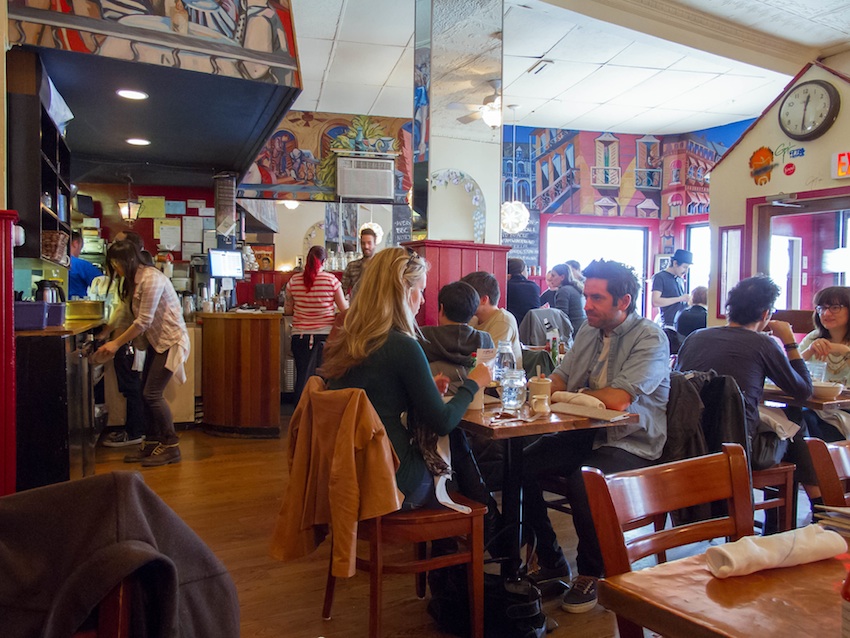 After nearly a decade of bringing an unpretentious taste of New Orleans to Cambridge, Tupelo is closing its doors after service on Sunday, Oct. 7. The Inman Square restaurant announced the news on Facebook “with deep regret” yesterday, Boston Restaurant Talk reported.

“The last supper: fried chicken, oyster po’boys and those creamy cheddar grits,” Tupelo followed up in a second Facebook post. “We would like to thank our wonderful customers and most of all, our dedicated staff who made the place the special place that it has become.”

Tupelo was, we’d bet, the first place you tried fried alligator. Owners Renee McLeod (of Petsi Pies) and Mike Walker serve it as an appetizer, atop a pile of those creamy cheddar grits doused in red-eye gravy. Comfort food like fried chicken with jalapeño mac and cheese, blackened catfish, and Cajun gumbo is at home on the menu along with New England-inflected fare (see: apple-fennel coleslaw), and the tiny bar dishes out a solid selection of craft beer. McLeod’s Petsi Pies and ice cream from nearby Toscanini’s comprise the dessert menu, and weekend brunch is popular.

First opened in 2009, it was on the cutting edge of the mason jars-as-glasses trend in the Boston area. The low-frills ambiance helped make Tupelo a multi-year Best of Boston Southern restaurant winner, thanks to Dixieland and the King of Rock and Roll on the speakers, and framed records constituting some of the decor.

Responding to bereft fans on Facebook, Tupelo cited difficulty hiring staff as a reason for the decision to close. Boston has reached out to McLeod and Walker for more information.

In recent years, Southern fare has surged in the Boston area. Along with Tupelo contemporaries Highland Kitchen and Trina’s Starlite Lounge, the former expanded in Inman Square last year with a fried chicken joint called Highland Fried. Sweet Cheeks brought barbecue to Fenway in 2011, and Andy Husbands’s the Smoke Shop BBQ empire now includes three locations. Southern Proper does smoked meats and fried chicken in the South End, and Southern Kin does it at Assembly Row. The Frogmore specializes in low-country cooking, and Cajun-style crawfish is trending with the likes of Holly Crab, Loui Loui, Bootleg Special, Shaking Crab, and more.

It’s business as usual at Tupelo through the rest of this week. The last service will be brunch on Sunday.